God deals with the past

What do you do with regret? Do you ignore it or embrace it? Can we deal with our past?

God deals with the past

What do you do with regret? Do you ignore it or embrace it? Can we deal with our past? 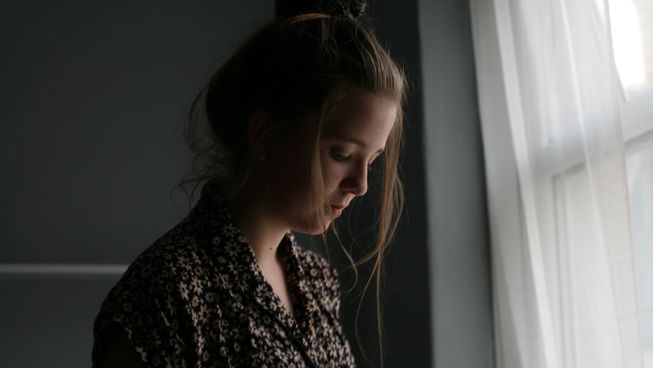 I turned 40 recently so my past is starting to get a bit of foundation. Perhaps more than I’d like.

When I think about the past—my past—there are decisions I wish I’d made differently. There are conversations where I wish I’d either held my tongue or stopped biting it and spoken up. Sure, my past isn’t all bad. In fact lots of it is great. But there are things that could have been different. What do I do with those things?

What do we do with the past?

In Tim Winton’s book, The Turning, which is coming out as a set of short stories, one of his characters says this:

When a wave breaks, the water is not moving . The swell has travelled great distances but only the energy is moving, not the water. Perhaps time moves through us and not us through it ... the past is in us, and not behind us. Things are never over. (p 53)

Tim’s book explores how events from the past inevitably and often ruinously shape our future.

The past is marked with regret, obsession, addiction and impulsive turns. But, these are not the worst of times. (See Michael Bodey's article)

As Michael Bodey writing in the Australian noted, his writing is so powerful because he writes not about the worst of times but the reality of ordinary times.

What do you do with the past?

In 1971, Kelly Connor, then aged 17, was speeding along a road. As she crested the hill, she hit and killed 77-year-old Margaret Healey. It is an event that Kelly has been unable to escape. When the police came, they told her to say she wasn’t speeding. Later, she went to the police station to confess but they wouldn’t let her.

She was left with a sense of incredible guilt, which affected her entire family. Four months after the accident, her parents’ marriage ended. Her mother chose never to speak of the incident. She ignored it. Her father, who was supposed to have driven his daughter that day, experienced great guilt and vanished. Years later, Kelly’s own marriage broke down because of the guilt that consumed her.

Avoidance – ignoring or dismissing the past

We can try and ignore our past hurts and dismiss them in a number of ways.

We can minimise our involvement, suggesting it wasn’t really our fault. We can convince ourselves that, while we may have said a certain statement, we can’t be held responsible for how someone responded to it. That’s up to them.

The problem with trying to ignore our actions or words or certain events in the past is that we can’t deal with them. Nothing can be sorted out. Relationships can’t be restored if the past isn’t acknowledged.

Take for example, a cruel comment I might make to a friend. It hurts him deeply and it damages our friendship. But I refuse to acknowledge it. I ignore it or try to minimise it. In that scenario, there is very, very little hope of restoring our relationship. It is maimed until the past is acknowledged and dealt with.

Most of us have seen what happens… people just withdraw themselves; either the person who caused the damage or the one who was damaged pulls out. Trying to ignore the past destroys the relationship.

And if the thing is big enough, trying to ignore it destroys life. In Kelly’s story, her mother refused to talk about what had happened. She tried to ignore it and it ruined her marriage. Kelly tried to acknowledge it with the police but they also wanted to avoid the consequences on her behalf. Kelly had a breakdown and tried to take her own life. Nothing positive was gained from ignoring the past.

Of course, yes, there is false guilt. Survivors of horrific events feel it. And it is false. However, there is real guilt and real difficulties in the past.

There is also self justification that denies reality. And the problem with this is that the damage can never be resolved. If we dismiss our mistakes or the damage done in the past, then there is no opportunity to undo the damage.

Another major option is:

Acceptance – embracing our past

I recently listened online to the short testimony of a man named John Carter. In his early teens he started to live a dark and dangerous life. He joined the Hell’s Angels bikie gang. He eventually went to gaol for armed robbery. While in prison, he could not be reformed. He just became more and more violent. He like that he was a dangerous and angry man – a bad ass.

Is this what we have to do? Embrace our past?

Kelly also tried to embrace her past as it seemed to make sense to her. She thought, ‘This is what happened to me and it has made me who I am’. And this is a good thing. But there is an ambiguity here, isn’t there?

Kelly knocked down and killed Margaret. She said she eventually embraced it for a while, as a good thing, because it made her who she is now. However, by doing so, she embraced something that was terrible for someone else. She turned a bad thing into a good thing. Think for a moment about what it means for Kelly to embrace the accident. It means Margaret’s death was a good thing. That’s impossible, isn’t it?

If we embrace the bad in our past because our identity is tied up in it then we are just like John Carter was – and we can never change.

So, we can’t ignore our past, good or bad, because then there can be no restoration. And we can’t ignore it because it has shaped us. Things are never over. But we can’t embrace it either. Because that is saying that the pain and hurt that we may have caused other people is a good thing. Where can we turn?

Kelly finally comes to the point of forgiveness… she tries to find it.

Forgiveness - God's way of dealing with the past

‘For nearly two decades I didn’t speak about the accident at all. At one point I was so convinced I didn’t have the right to continue living. I tried to commit suicide. I avoided relationships and although I ventured into marriage I left when my daughter was two, taking her with me.’

Kelly eventually found some measure of forgiveness but listen to her final statement:

‘I still almost choke to say I forgive myself and sometimes I can’t integrate it into my life but I’ve reconciled that that’s how it has to be. The moment I’ve fixed forgiveness, it’s no longer real. It has to be changing and constantly challenging. What I forgive myself for today, I don’t know will apply tomorrow.’

What Kelly hasn’t got yet is forgiveness...not full and total forgiveness. But rather a fragmentary and fleeting glimpse of it.

But let me try and show to you the Christian perspective on forgiveness that deals with the past. Here is one sentence from Paul's letter to the Romans.

There is therefore now no condemnation for those who are in Christ Jesus. (Romans 8:1-4, ESV)

‘I don’t have a single problem with any single part of your life. I see the mistakes, the regrets, the poor decisions and the good ones, and I say to you, ‘I will not and I cannot condemn you for your past or your future. You are forgiven.’

Why would God say that? Because your past doesn’t matter? No, because it mattered so much that God paid for it.

Look at the next sentence from Romans:

By sending his own Son in the likeness of sinful flesh and for sin, he condemned sin in the flesh,

God condemned the broken past of every person. He judged our failed pasts by judging Jesus. Jesus carried the past of every person with all its darkness and was judged and condemned for our failed past on the cross. The past matters to God – the wrong, the brokenness, the darkness and the failures matter. God can’t ignore them. So he condemns them, in Jesus.

Now, think about this for a moment. If God will forgive us, if he has seen the wrong and forgiven it through Jesus, then that changes everything. If God, your creator, will forgive you then why should you not forgive yourself?

And you can do this, not by ignoring the wrong you have done but by seeing the wrong and how it has shaped you and recognising that it has no hold on you now.

This changes everything. You can embrace your past without saying that the bad is good and trying to justify yourself. Imagine that. You can admit to others where you are wrong. They may not forgive you but you know you have been forgiven and accepted. So you can risk it. You can admit, and not avoid or ignore, the wrong you’ve done. So you can restore relationships.

Now let me respond to one objection. The new Atheism would charge that this is morally repugnant, that by saying our moral failings our failings in the past are dealt with by Jesus we are denying them. But I think atheism at this point takes our failings and our past too lightly if it thinks that we can bear them.

Let me try and explain with Kelly’s situation. Kelly took the life of Margaret, accidentally and unintentionally but none the less she took the life of Margaret. So what would it mean for Kelly to bear her past here? If Kelly has taken a life then she has no right to a life. For her to bear her own failed past is to lose her life. And this is what Kelly herself thought.

And this is where the Christian message is so incredible. It says of your past: you can’t ignore it or avoid it nor can you embrace it without embracing the bad. Instead, God will embrace and not ignore our past in Jesus.

There is therefore now no condemnation for those who are in Christ Jesus. (Romans 8:1)

And read slowly the next sentence:

By sending his own Son in the likeness of sinful flesh and for sin, he condemned sin in the flesh. 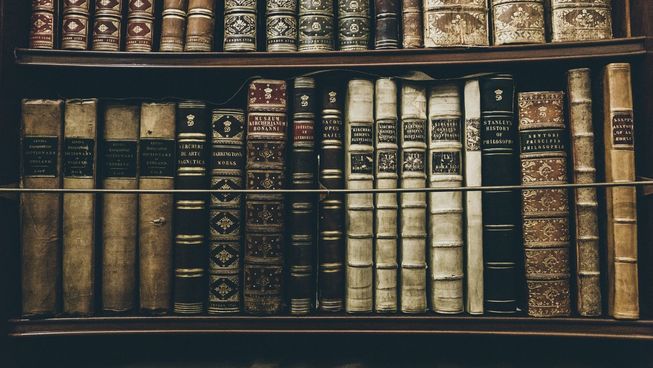 Wisdom and Ethics
How do we make wise decisions?
More info 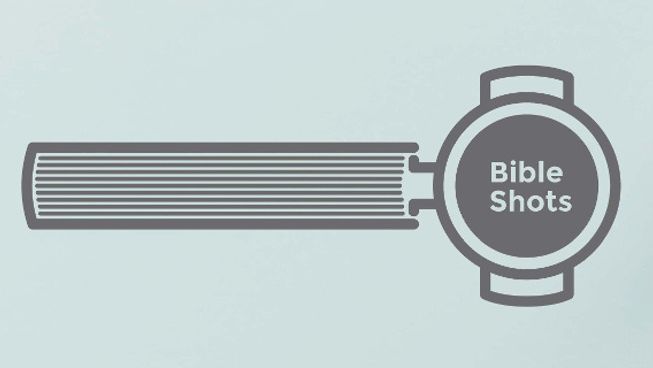 Forgiveness
Al Stewart 8 Feb 2018
Why follow Jesus when the world has moved on?