Obeying the Government When Other People are Not | Third Space
Loading...

Obeying the Government When Other People are Not

Should we obey the government’s directives, even though others do not?

Obeying the Government When Other People are Not

Should we obey the government’s directives, even though others do not? 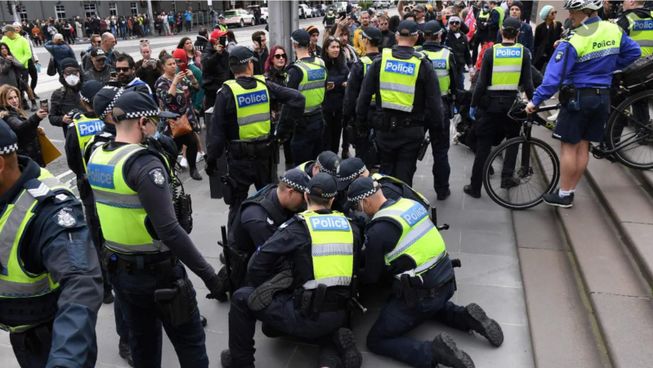 Should we obey the government’s directives around COVID-19, even though others do not?

That’s a pertinent question given the debate around the Black Lives Matter protests going on around the world and here in Australia.

And with news that one man has tested positive who attended the Melbourne rally, this issue becomes more important, and the conversation around it more heated.

The tension is obvious. A heap of people have said that the BLM protest is more important than the number of those who may be at risk because of it. And this a mere few weeks after many of those same people were equally loud on social media about the need to maintain social distancing.

This is frustrating for many watching on, who have jobs and lives on hold because of the government regulations at state and federal levels. It seems to be one rule for one and one rule for another. Undoubtedly this frustration will lead to anger – has led to anger – at the double standard being applied.

There will be a huge urge to thumb one’s nose at government directives from many people at this point. Particularly when the very day after the protests in Melbourne, people were being fined by police for failing to social distance during leisure activities. “Where is the consistency in that?” was the cry.

Well there is no consistency. And that has been pointed out by many business owners, some of whom have decided enough is enough, and that they too will flout the rules.

So wedding venue company, Navarra, has announced that it will allow all weddings to take place, regardless of size, from the near future, as reported in The Australian newspaper:

Navarra Venues chief executive Sal Navarra says he has had enough of dealing with “upset brides” and will direct his six venues­ to reopen, despite health rules, from next month … Mr Navarra said he would not be “cowed” by a $5000 on-the-spot fine for breaching health rules, citing the rally as proof the events industry could be given the green light to reopen.

Perhaps a Bridezilla is more scary than a virus!

All jokes aside, should we disobey the government just because someone else does with impunity? That’s at the heart of the debate. And the answer you give to that question – demonstrated by the action you then take in light of your answer – reveals where you think authority lies.

Does authority ultimately reside in me and my wishes? Or is there an authority outside of me that can curtail my wishes?

Here’s the confusion we have in our culture. When it comes to our personal moral choices we tend towards personal autonomy (no one gets to tell me what to do), but when it comes to the choices of others – and choices that affect us – we are not so lenient.

So witness the terrible events recently, also in Melbourne, where a drug-addled driver driving at high speed in his Porsche was integral to a series of events that led to the deaths of four police officers.

One of the dying officer’s bodycams recorded his whine about him only wanting to get home to eat his sushi. If only the police had not stopped him for dangerous driving he could have been safely tucked up at home eating his precious takeaway. How unthoughtful of them!

Of course we don’t think that. Only he does. We’re horrified that a selfish personal choice led to those four officers being killed. The sight of their partners tearfully describing their now-dead relatives’ care and love for the community was heart-rending.

For months we were told to care for and love the community, even if we ourselves were in a low risk category. That accord was one we had made, whether stated or not - with each other and with the government prior to COVID-19. The government assumed that we would keep that accord and pulled the lever to enact it... and we did.

And then a large protest movement whose grievances are real and ongoing, broke that accord, primarily on the basis that the accord was already broken in the opposite direction. And after such a long lock-down, when one group broke from the accord pack, there’s a rush for the door.

Yet let me counsel against that rush, whether you are a BLM protester or a frustrated wedding venue operator whose business is struggling.

While you may enjoy the immediate sugar rush of breaking rank and doing what you have decided must be done, you cannot school others for doing the same thing.

Well you can, but with no moral authority. And that is where any sense of community will break down. That is where the accord between government and the people will be fractured.

In the New Testament, a document written for those who were followers of Jesus, most of whom were the dispossessed or lower socio-economic people of their day, the requirement to obey the government was still enacted even when there was moral greyness from the government.

Sure we know that the Roman Empire was savage beyond belief (Jesus was crucified after all, one of hundreds of thousands to suffer that fate), but there is no sense that anarchy or actively posturing towards the government was a Christian tactic.

Even St Paul, the most significant missionary of the church in the first century, insisted on this, not just in his writings, but in his own personal life. And at great cost, as we read in the account of his religious trial for blasphemy in the book of Acts in the Bible’s New Testament:

Paul looked straight at the Sanhedrin and said, “My brothers, I have fulfilled my duty to God in all good conscience to this day.” 2 At this the high priest Ananias ordered those standing near Paul to strike him on the mouth. 3 Then Paul said to him, “God will strike you, you whitewashed wall! You sit there to judge me according to the law, yet you yourself violate the law by commanding that I be struck!”

4 Those who were standing near Paul said, “How dare you insult God’s high priest!”

5 Paul replied, “Brothers, I did not realize that he was the high priest; for it is written: ‘Do not speak evil about the ruler of your people. (Acts 23:1-5)

Think about that. He was completely in the right. But he put aside his rights – and his pride – in order to obey the law.

Paul was able to live with the tension of this injustice because he was beholden to a greater law, one that even governed his opponents. Paul plays it smart. In fact, as the story progresses, he pulls the legal levers that result in the Roman law providing him protection from his religious persecutors. He shows up their illegal actions by maintaining legal integrity.

The accord we have with our government is, even if we don’t recognise it, an accord that has its roots in a greater power. The Western heritage of democracy didn’t come without cost and it didn’t come from nowhere. It is based on the greater law of God that recognises the value of all human beings, and that places leaders over the people for the sake of order and justice.

Now both order and justice may be flawed, but that is not to say there is not an ideal towards which they are pointing. And our insistence that we can now flout the order put in place by our government because of our own sense of injustice chips away, ever so slightly, at that God-mandated accord, whether we recognise it as mandated or not.

Your rush to the door may feel exhilarating at first, but be careful lest you are trampled in that rush.

Now this does not answer the question of what to do when the government breaks its bargain in the accord, or when deep injustice demands deep disobedience. And who decides what constitutes injustice? I will explore that matter next week in part two. 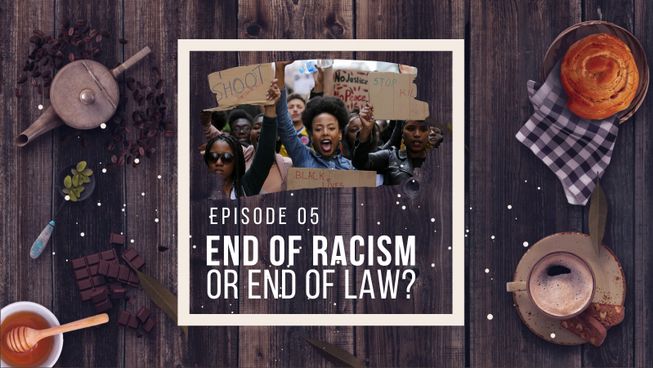