We are told there are those in favour of same-sex marriage, and then there are the bigots

We are told there are those in favour of same-sex marriage, and then there are the bigots

Written by Michael Jensen. Originally published on ABC The Drum 28/05/15 under the title: I oppose same-sex marriage (and no, I'm not a bigot).

We are told there are those in favour of same-sex marriage, and then there are the bigots. But allow me to make the case for traditional marriage as being between one man and one woman.

The passing of the Irish referendum on same-sex marriage has triggered a round of Australian advocates announcing that it is now "our turn". We lag behind the UK, many European countries, some states in the US, and (perish the thought!) New Zealand, and we ought to get with the programme.

The Leader of the Opposition, Bill Shorten, in line with the new ALP dogma, has announced that he is introducing a private members bill into Parliament today (01/06/15). He has said:

"It's time for our laws to reflect the values of modern Australia and to include everyone as equals ... It's time for marriage equality.
Whatever our religious views about marriage ... I believe we have to change this law which discriminates against adult couples on the basis of who they love."

How could anyone stand opposed? The terms in which the pro-marriage redefinition case are stated make it sound as inevitable as the dawn, and as unstoppable as the tide. And these same terms make opposing a redefinition of marriage sound primitive and even barbaric. There are those in favour of change, we are told, and then there are the bigots.

But simply saying "it's time" doesn't make an argument. Neither does the need to keep up with the O'Haras, the Smiths, and the Pedersens. Neither does the support of TV stars, comedians, or even Bono. At best, these are arguments from fashion.

Could it be that if you haven't heard the case opposing a change to the marriage law, it is because the language of those advocating it has been so emotive that the contrary case can't be heard above the noise? Could it really be said that a civil disagreement has taken place? I am not confident that it has.

I would like to make the case for traditional marriage as being between one man and one woman; but to do so with some important qualifications.

One of them is this: if the Marriage Act changes, this is not the end of the world for me. There are greater causes in this world than this. I am more distressed by our inattention to children in detention, or our national greed problem, than by the possibility that the definition of marriage might be changed.

Another is that I stand adamantly against the bullying and vilification of people of minority sexual identities.

Nevertheless, I don't think that the case for change is anywhere near as convincing as its proponents think it is. The case has been made almost entirely in terms of "equality" and its alleged opposite: "discrimination". The argument is that applying the word "marriage" to some relationships and not to others is unequal treatment, and thus discrimination. These are both apparently self-evidently bad.

But it is the duty of the law to judiciously discriminate and to appropriately recognise difference with, at times, unequal treatment of things that are not the same. It isn't automatically wrong to discriminate per se.

In fact, it may be the case that offering supposedly "equal" treatment is incoherent, as it is in this case. It is crucial to notice that the proposed revision of marriage laws involves exactly that: a revision of marriage. In order to offer the status of marriage to couples of the same sex, the very meaning of marriage has to be changed. In which case, what same-sex couples will have will not be the same as what differently sexed couples now have.

It will be called marriage, but it won't be marriage as we know it. It won't be "marriage equality": it will be an entirely new thing.

This is where Bill Shorten again misunderstands what marriage is. As we now understand it, marriage is not merely the expression of a love people have for each other. It is, or is intended as, a life-long union between two people who exemplify the biological duality of the human race, with the openness to welcoming children into the world. Even when children do not arrive, the differentiated twoness of marriage indicates its inherent structure.

Now, I didn't pluck this definition from the sky, nor is it simply a piece of religious teaching. It is the meaning of marriage that emerges from all human cultures as they reflect on and experience what it is to be male and female. It is only in the last 15 years that anyone has seriously thought differently.

I prepare many couples for marriage each year. Most of them already cohabit. When I ask them about marriage, they almost always indicate that it is for them the beginning of a new family unit open to welcoming children.

A child is a tangible expression of our sexed twoness.

To remove the sexual specificity from the notion of marriage makes marriage not a realisation of the bodily difference between male and female that protects and dignifies each, but simply a matter of choice.

This is precisely what many pro-revision advocates themselves argue: that a new definition of marriage would establish marriage as a new thing altogether. As Brandeis University's E.J Graff puts it, a change in marriage law would mean that marriage would "ever after stand for sexual choice, forcutting the link between sex and diapers".

Instead of the particular orientation of marriage towards the bearing and nurture of children, we will have a kind of marriage in which the central reality is my emotional choice. It will be the triumph, in the end, of the will.

The revisionist case has not provided a clear and reasonable definition of marriage beyond saying that if two people want to call their relationship by that name, they should be able to by choice.

Now, having put that opinion forward, I fully recognise that there are many people of intelligence and good will who disagree. I do not expect to convince everyone. What I do hope is that my contribution here will not be derided as bigoted or homophobic out of hand, but that it will be seen as part of a civil discussion.

Rev Dr Michael Jensen is the rector at St Mark's Anglican Church, Darling Point, and is the author of My God, My God: Is It Possible To Believe Anymore 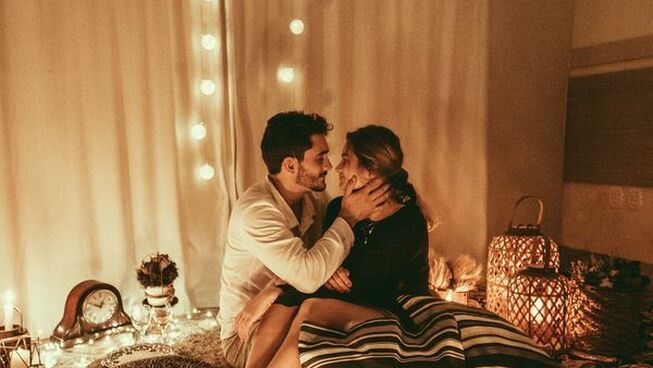