This one is for the fans

This one is for the fans 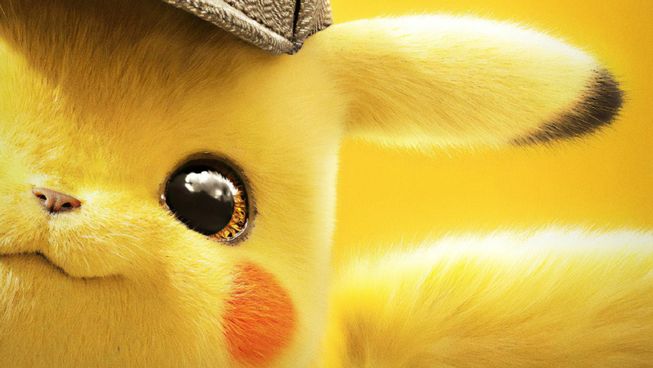 'What's more important is that the monsters are controllable by the players. Pikachu is like the name of the species. But each player can name their own Pikachu. So kids can relate to it more. They get more attached to them that way.' Satoshi Tajiri

For many, it may have been a strange experience to see adults walking around the cities of the world looking on their phones for imaginary creatures. But since 2016, Pokemon GO! caused a cultural phenomenon that continues for many who enjoy searching for the likes of Pikachu and Psyducks. Nintendo managed to bring new life to this fictitious animated series that was born in the mid-1990s and has gone on to inspire numerous games, video series and feature-length films. Pokemon Detective Pikachu is a new venture for the creative team behind the game that manages to merge the worlds of these animated creatures and humanity.

For those less familiar with this unique gaming world and its creatures, this is an adventure that takes its narrative from anime to live action. Tim Goodman (Justice Smith) has always been familiar with the existence of Pokemon creatures in his life. His father is a detective who lives and works in Ryme City where these creatures live alongside humans, many times residing and working together. A city that was created by Howard Clifford (Bill Nighy), a successful media mogul who saw the opportunity for humans to evolve to something special. When Tim gets the call that his father was killed in a workplace accident, he must travel into the city to wrap up all that comes after the loss of a family member. When the young man arrives at his dad’s apartment, he discovers Detective Pikachu (voiced by Ryan Reynolds), who was his father’s police partner and inexplicably Tim can understand what the electrified creature is saying.

Even though he is not a detective himself, Tim finds himself in the middle of the investigation to discover if his father was killed or merely disappeared. With the help of Pikachu and a young investigative reporter from CBN named Lucy Stevens (Kathryn Newton), they try to find out the story behind the accident Harry Goodman had on the night of his supposed death. As they begin to uncover various suspects and informants, the tale becomes more complicated and the team discover that the utopian society they live in may not be as perfect as they thought.

The intricate details of the Pokemon world prove that Satoshi Tajiri’s original creation has evolved into its own culture, language and society. The simplicity makes it accessible for any age bracket, but the complexities of this world mean a certain level of Pokemon expertise may be required on viewing this film. To the outsider, there is a delay in understanding the plot and intention of the characters because of the extensive history of this animated world. An experience similar to watching a foreign language film that is spoken in an unfamiliar language, there comes the point of accepting that some aspects of the story will be lost in the translation. Not that Pokemon novices cannot get the underlying message of the film, the reality is that only fans of the game and characters can fully appreciate this adventure.

Ryan Reynolds does bring life and humour to the character of Pikachu that provides a bridge to understanding the story. The Pokemon creatures give life to the film and outshine the human players throughout the film. Even though this film has its history in anime, the rest of the cast seem to be two-dimensional, and even a great actor like Bill Nighy fails to add much to the overall cinematic experience. The investigative storyline is intriguing, but somewhat predictable and the human characters fail to add any life to the film. Even with a heart-warming message of fatherly love at its core, things seem to get lost in amongst the disjointed screenplay.

Pokemon Detective Pikachu is moderately entertaining and should cause an appreciation for the marketing genius of this entertainment behemoth, but the film offers little for the average viewer. Proving that this movie is designed and targeted to those rabid fans who are willing to walk throughout the streets of the world searching for animated creatures.

REEL DIALOGUE: What is the wisdom of fathers?

Tim Goodman's father was not a perfect man, but he had insights that would have kept him from much of the grief in his life. The distance between these two men caused issues that could have been remedied by proximity.

Wisdom is something all people seek, but many do not always follow. Earthly fathers can be a wealth of knowledge and insights, but it can be flawed at times. For those seeking true wisdom in their lives, it can be found in the heart of the Bible. There are actual sections that are known as wisdom literature. Ancient literature that has applications in life today.

Where to find wisdom in the Bible: