Can you run from your problems?

Can you run from your problems? 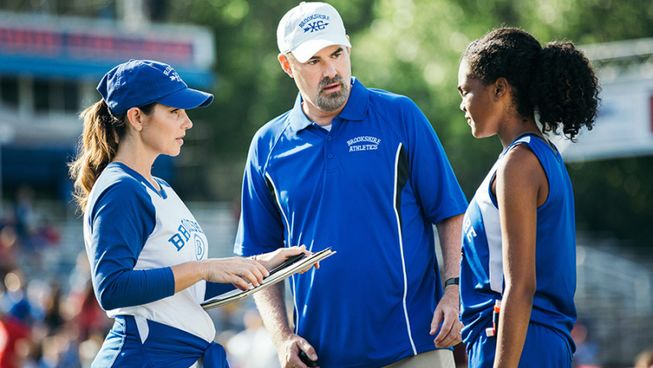 Alex and Stephen Kendrick have managed to do something unique in the realm of Christian cinema. The Georgia-born brothers have established a foothold in the film industry by proving that they can deliver consistent quality and profitable movies. With their partnership with Sony and Affirm Films, the winning formula of this production team has managed to earn them a place of respect in the industry without sacrificing the underlying Biblical message of their storylines. Mainstream audiences may consider the brother’s scripts to be predictable and cringe-worthy at times, but they have successfully tapped into the American evangelical community and continue to deliver a steady stream of films.

Overcomer is the latest film in the Kendrick Brothers filmography, a storyline that addresses the underlying need to overcome the obstacles of life. Taking on career, health and family issues that can impact anyone’s life, this tale puts the focus on the life of a teenager named Hannah (Aryn Wright-Thompson). An orphan who has been raised by her grandmother, her lonely existence gets put to the test at a new school where she attempts to find her place by joining the cross-country team. Despite seeing this being a means of fitting in, she ends up being the only runner to represent the school. John Harrison (Alex Kendrick) is the new coach of the runner and initially wants to dissolve the programme, but is encouraged to invest in the young lady and her athletic dreams.

The community and school are reeling from the closure of the local metalworks and each is trying to determine how they will survive the financial challenges impacting the town. As Coach Harrison tries to figure out how to motivate his only athlete, the successful basketball coach is trying to deal with the loss of the majority of his team before the upcoming season. With the community, coach and students searching for their true identity, John begins a new friendship with a blind patient during a routine hospital visit. The bond that forms between the two men leads to changes in their lives, the school and the community that neither could have predicted would come from this chance encounter.

For the fans of the Kendrick Brothers productions, this latest instalment will provide everything that has become a trusted blueprint to their success. The sibling’s screenplay shows the value of the nuclear family, the need for a strong central focus on the Bible and that each character has their own hurdle to overcome in their lives. Even with the predictable nature, there are enough twists to provide the dramatic tension needed to keep audiences engaged to the conclusion. It delivers the inevitable, but heartwarming message that has become a trademark of the production team and the Christian film industry. For anyone who can appreciate the passion of cross-country running, a side benefit of this film is that it gives a nod towards those who can value the wonder of a good run.

"Who is it that overcomes the world except the one who believes that Jesus is the Son of God?"

Like the previous stories of Fireproof and Courageous, the script manages to take the wisdom of the Bible and apply it to modern life. Giving Christian audiences the tearful, dramatic and humorous elements needed to inspire them to go out to the cinemas. A film that does not need to break any new cinematic ground to meet the needs of the market and provide a hopeful message to all who attend. Upon leaving the cinema, the hope would be that people ask the questions of who or what do you rely on to overcome life's obstacles and where do you find your identity?