A bridge too far

A bridge too far 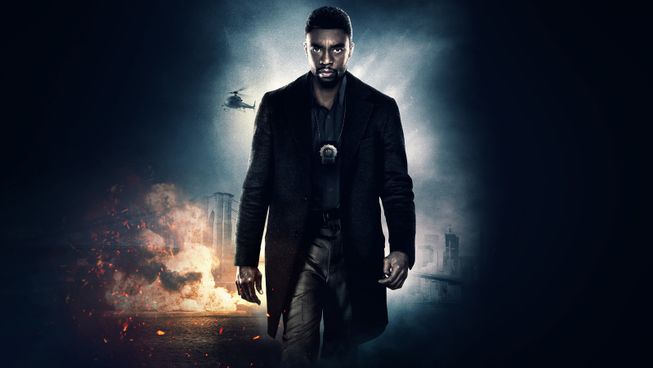 New York City provides a rich background for a multitude of film genres from rom-coms to murder mysteries to the majority of Woody Allen’s filmography. The multiple boroughs of this ever-changing city afford filmmakers with unique communities of people and their stories. Manhattan is at the heart of the city and twenty-one bridges serve as the arteries and give life to the island. It is in this community that the latest police drama ventures to show the strength and vulnerability of the city.

When a drug heist goes bad and seven police officers are killed in Manhattan, a manhunt begins for the two killers and forces the authorities to shut down the bridges. With only a few hours to capture the shooters, lead NYPD detective Andre Davis (Chadwick Boseman) must quickly assess the situation and determine where to find the men. As he gets closer to finding the suspects, he realises that everything is not quite what it seems on the surface and he has to tread carefully to know who to trust.

The opening of the film focuses on two small-time crooks who do not realise the mess they are about to cause. They are unaware that their attempted heist will lead to a series of events that will have far-reaching implications for the local drug community and the city’s law enforcement officers. A simple mistake that causes chaos for everyone involved. Interestingly, this storyline seems to be art imitating life for this production.

The team behind the production has exceptional credentials with Brian Kirk (Game of Thrones) is in the director’s chair and the Russo Brothers (Avengers: Endgame) take producing roles. The star of the biggest film of 2018 and as one of the ensemble cast for the biggest film of 2019, Chadwick Boseman has all of the earmarks of a massive star. Then to have multiple award-winning cast members like JK Simmons, Sienna Miller, Stephan James and Taylor Kitsch, this all looks to be the set up for a great film. The sum of all of these parts should add up to a winning formula. The problem was that something was forgotten in the process, a good screenplay.

The predictable nature of this storyline telegraphs the inevitable conclusion to this cat and mouse tale. The rudimentary dialogue and the less than creative nature of character development made for an uninspired series of chase scenes through Manhattan. There was almost a cringe on Boseman's face with he had to say ‘Shut down the island and flood it with blue.’ Then to think that this one detective would be afforded as much power as he is given moves this movie into the realm of science-fiction as opposed to a police drama.

One would think that the action and violence could cover up this poorly executed script, but this element also fails to lift this property. Watching these two men slipping through this massive dragnet of police officers and the incompetence of the force eventually becomes insulting to police around the world. 21 Bridges is too difficult to take seriously and to expect audiences to look over the weaknesses of this film proves to be a bridge too far.

Trust. It is a word that is essential for human relations to flourish. The challenge is to know who to trust. Throughout 21 Bridges the question comes back to knowing who to trust within your own organisation, how to discern who is working for or against you and who to trust when things are at their worst.

This is an issue that impacts fictional tales and real life, too. It is not hard to realise that most people will fail to find the answers in this area at some point. Yet, what is known of the God of the Bible is that he is the only one that is truly trustworthy. If you are looking for someone to trust, how about picking up the Bible and finding the only truly trustworthy being in existence.