Before Parasite... here is what Joon-ho Bong

Before Parasite... here is what Joon-ho Bong 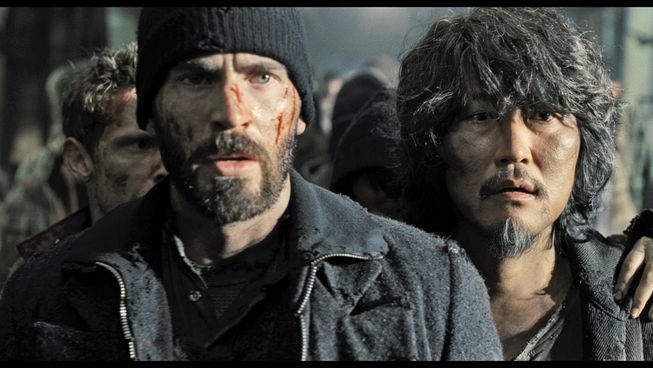 Snowpiercer is based on the post-apocalyptic, French, graphic novel, Le Transperceneige. South Korean director Joon-ho Bong (Parasite) has been striving for years to get this screenplay to the big screen. The story is reminiscent of the graphic novel's original theme, but Bong gives it an interpretation that is more action packed and visceral. His vision is set on the train that holds the last remaining humans in an attempt to protect them from a global freeze caused by a world-wide government experiment to 'fix' climate-change. After a brief historical account of the catastrophe, the story begins 17 years after the freeze and class warfare is moving to the boiling point on board the unique locomotive.

Curtis (Chris Evans) leads the revolt to free the poorer masses in the back carriages of the train. The battle ensues between the guards and lower class passengers. Evans leads a renowned international cast (Kang-ho Song, John Hurt, Jamie Bell and Octavia Spencer) who battle from carriage to carriage. Working through the inner workings of the train to the opulent carriages of luxury towards the front of the train. Mason (Tilda Swinton) leads train military forces, but eventually involuntarily, assists the band of rebels towards the engine room and to the messianic leader, Wilford (Ed Harris). The climax brings Curtis face to face with his long standing enemy and his own personal battles.

Snowpiercer is a fascinating study in the condition of humanity, a glimpse into despair and the hopeless nature of mankind if left to its own devises. Showing that mankind can try to manufacture ideal systems of balance, but ultimately these systems will fail when it comes to the confrontation of with the care for fellow humans and managing their suffering. The train becomes a metaphor for the divisions of humanity and the self-destruction that seems inevitable. Bong's film qualifies as one of the bleakest depictions of the humanity in recent memory. The revolution battles are violent and disturbing. Throughout the journey for freedom, the majority of the existing humans destroy themselves. Within in this depressing setting, the story does have its light and shade or maybe more accurately, its dark and then darker moments. Dual messianic figures exist on both ends of the train and illusions to self-sacrifice exist, but are these are less a depiction of a Christ-like figure and more a portrayal of the yin/yang. During the few respites in the action, many stories are told of the 17 year train ride on the Snowpiercer which are more disturbing than the battle scenes. Due to descriptions of cannibalism, drug addiction, self mutilation and death this guarantees that this film is not for weak constitutions.

Bong has a bleak but fascinating style of filming that works well in the setting of the tube-like train existence. His trademark long takes that manage multiple events at one time and can cause distraction from the primary scene work in this film. His message seems to communicate an unsettling world of class warfare and the evils of the human heart. It sits squarely in the sci-fi realm, which explains why much of Bong's imagery and narrative are unrealistic and unsettling, especially in the sudden and hopeless conclusion. The cast, budget and scope of this film portray blockbuster sensibilities, but leaves it with an art-house feel. This is not a film to savour, but to analyse the human condition and hope for a better end to mankind. 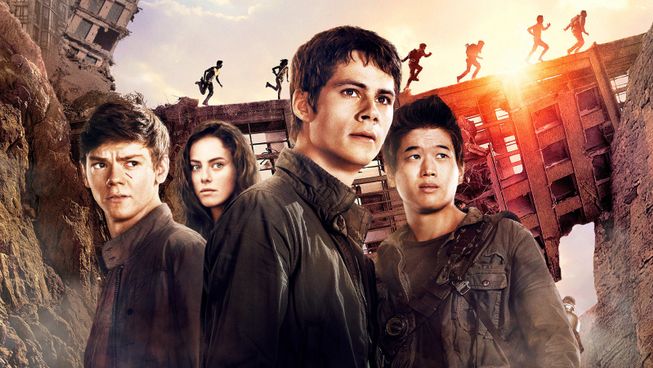 Maze Runner: The Scorch Trials
Reel Dialogue
Russ Matthews 15 Dec 2015
How will the world come to an end?