You mean we have to do all this again in four years time? | Third Space
Loading...

You mean we have to do all this again in four years time?

Why politics won't solve the problem

You mean we have to do all this again in four years time?

Why politics won't solve the problem 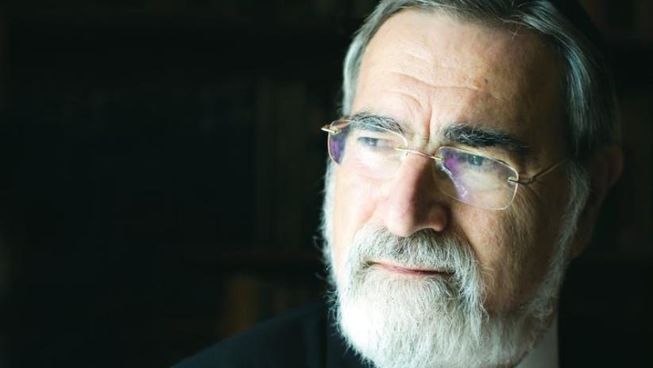 Watching the US elections was like watching two friends get divorced. Again.

2016 was an acrimonious break up in the United States, as the fractures in the nation came to the surface during the contest between Donald Trump and Hillary Clinton.

Furniture got thrown around the room. Things were said that were previously unspoken. And once said they couldn’t be unsaid. Lines were drawn, lawyers were called. The kids would have to put up with “week about”.

2020? Lather, rinse, repeat. The unhappy cycle of marriage and divorce is set to continue into the next election cycle, which by my calculations will begin once the prenuptial agreement is written in the courts sometime before January’s inauguration.

Both sides have doubled down. Regardless of what President-elect Joe Biden says about governing for all Americans, that’s plainly not how both sides see it. At stake is a winner-takes-all attitude to the vision of human flourishing that each side has.

And that’s what it comes down to. Each side has a take on how the world should look. What should be valued, where history is headed. What the threats to their vision are (usually the vision of the other party).

Which tells you that this is not political as much as cultural. Sure the political waves at the top of the ocean are all froth and fury and garner most of the attention. But it is the deep submarine cultural undercurrents that are setting the framework for what is going on.

The United States, and indeed most of the West (which is why we’re looking on like rubberneckers at a car-crash) is going through seismic cultural shifts that occur every couple of hundred years.

Unless something outside our expectations unites these two warring sides, something like say, … I dunno …, an alien invasion we hadn’t anticipated, then the 2024 election is set to be just as acrimonious.

This all tells me a couple of things. Donald Trump didn’t so much as cause the divisions in the US we see in 2020, as simply identify them in the lead up to 2016, and then, having identified them, play them.

Clearly the US is not only more involved in the political process (remember there is no compulsory voting in the US), but that the divisions between people are deeper, and the manner in which citizens hold to their opposing views is hotter and more intractable. Don’t believe me? Read the Twitter feeds. It’s brutal.

While both men are in their middling to late 70s, and both insist on their full and vigorous health, it was the sad, and untimely demise of another man in his early seventies that framed my thinking about these matters this week.

The former Chief Rabbi of the United Kingdom, Lord Jonathan Sacks, passed away after a short battle with cancer. He was a man of great integrity and intellect, and his wisdom will be sorely missed.

And though he did not say these words this week, it was this week that I saw them quoted from and they sum up exactly why things are so hot politically at the moment:

The faith religious believers have in God is small compared to the faith people put in politicians, knowing how many times they have been disappointed in the past but still insisting that this time it will be different.

What an astonishing insight. And one that rings true.

And that is what it feels like in 2020, with the countdown to 2024 already on! Hope and disappointment all within four years, and then ready to reset and do it all again. I mean, who’s got the time and energy and passion for that? Say what you like about dictatorships, at least they let you get on with living a miserable life free of such inconveniences.

What’s really interesting about Sacks’ comment, however, is not the idea of political disappointment, but of religious faith. We are discovering that removing spirituality and faith from the public square - or at least relegating it to the realm of private opinion rather than public fact -, has not led to a dial down of the heat generated between people of different stripes. If anything the temperature has been dialled up.

Face with a world in which there is nothing publicly meaningful about transcendence, or the notion of a God above us, politics is the new religion. And each side has its own saints and sinners, judgement and redemption, liturgies and sacred texts. A whole religion to replicate Christianity in the post-religious West.

Except the one thing that it has not been able to replicate: forgiveness.

Ah forgiveness. That sweet savour of asking for mercy for wrong-doing and receiving it. Knowing that if you ask it you will receive it! Politics has none of it. And although often Christianity has fallen into the trap of paying it out meagrely like a money changer giving coin, the message of Jesus is dripping in forgiveness.

Joe Biden appealed to the better angels of his nation - and good on him for doing so - but I fear that the evil angel of unforgiveness will cast a dark pall over that nation for some time. It’s just not in our hearts to forgive. Literally.

Unless of course, the God who forgives us transforms us to enable us.

Just this week I received a letter, a hand written in fountain pen ink letter via airmail, or “par avion” as the quaint sticker still reads, seeking my forgiveness for a long term wrong. Offering repentance and asking for a chance of restoration after that hurt. Unlike an email that appears from the ether, this letter literally winged its angelic way to my door.

It’s fair to say the odd tear fell onto the pages of that letter and blotched the ink as I read it. Forgiveness melted my heart. Of course I forgive! And will write in haste to say so! Jesus has made that possible by his forgiveness of me for wrongs towards Him much greater than those towards me outlined in that letter.

I have watched my mum forgive my dad for leaving her for another woman years ago, a divorce less noticeable than the great United States fracturing, but far more brutal to her and our family. Her forgiveness cost her. It cost her the right to hold the resentment and turn it over not merely every four years, but every day, a resentment tends to do.

Say what you like about unforgiveness and resentment, but it can keep you fuelled, driven and focussed for many a long year. Though destruction is at the end of it.

What will be the end of this constant divorce cycle in the United States, and one that culturally is extending to more and more nations in the increasingly post-Christian West?

And for you reading this, never mind the US landscape, what about the hostile no-man’s land between you and someone you need to forgive? Failing a better angel, and I doubt there is one within us, is there a better One whose birth the best angels announced on the night he was born in Bethlehem?

Rabbi Sacks was right. It won’t be different next time in politics. But with Jesus and the forgiveness he offers, the chief difference for us might not be who we might have in the White House this coming year, but who we might be able to have at our house who hasn’t been there for a very long time.