But not final justice

But not final justice 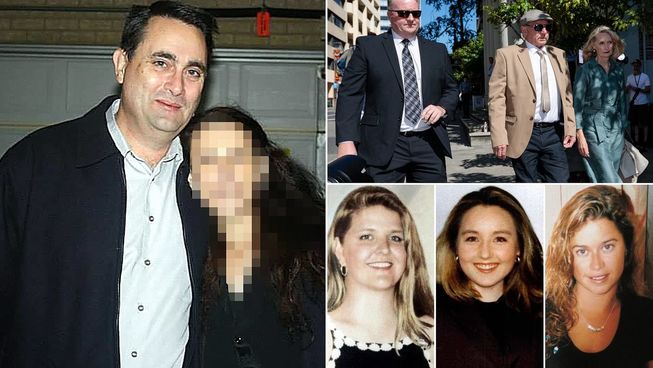 Everyone except presumably Bradley Robert Edwards, who was this week convicted of the murders of Ciara Glennon and Jane Rimmer, whose bodies were later found, but acquitted of the murder of Sarah Spiers, due to lack of evidence. Her body was never found.

Edwards, two years younger than I. In his mid to late twenties then when he committed those crimes. Not much older than his victims. And he got away with it for nigh on twenty years.

The terrible events that began in Claremont’s well-heeled night spot, chilled our hearts in Western Australia, and led to anxious parents giving strict orders to their daughters not to accept lifts from people they did not know. And even not to get into a taxi. Not that their daughters needed any urging. The fear cut into even the most carefree.

We never suspected him! That’s always the line. But then again what do we expect of monstrous killers? A suspicious, evil look and a creepy house? That’s not how these things play out.

Besides, for huge swathes of his life, Bradley Edwards was “normal”. Decades even. How he married twice, raised a step daughter and worked a day job, before having beers with the boys at the footy club is beyond me. In the end it was modern day forensics that caught up with him, not any Macbeth-esque guilt. He even shook his head as he was found guilty.

"Not me, your honour”, he seemed to be saying, “There must be some mistake.”

No mistake. It’s pretty clear. It even seemed clear to the court that he must have been guilty of the third murder - that of Sarah Spiers, but the law stands that he must be acquitted on account of the lack of evidence. And even if, as seems likely, he did do it, then he won’t be for telling.

He’s a little like another infamous Australian serial killer, Ivan Milat, who went to his grave never admitting anything and refusing to give investigators a hint of who else he may have killed. Grinning and silent to the last.

Sorrow and relief then for the Glennon and Rimmer families. Justice, finally. But continuing sorrow for the Spiers family. Edwards locked up for good, but not for what he most likely did to their daughter.

Will justice ever come? Will there ever be full vindication? Is it even justice in that sense as no sentence - not even the death sentence - can return to those young women, or their families, what they were robbed of.

Without justice - full justice - there’s something missing. Something that we’ve been robbed of. And even among those who believe that we live in an impersonal universe, that is blind to our sufferings, the idea of justice sits deep.

Of course, as a Christian, I believe that’s because we worship a God of justice, infinite justice. A God who will mete out full justice one day, and give to each person according to what they have done. The Bible even puts it that way. What’s more it says that “every mouth” will be silenced before the God of justice on the last day - The Judgement Day - because only God will be proven to be fully just. Check out the letter to the Romans in the Bible’s New Testament, chapter three, verses 19-20.

We realise here that the law of our land is a pale shadow, and often a false shadow, of the law of the LORD. Some of the things we think are just are not. Some of the justice we feel has been done is not done fully. Case in point, Bradley Robert Edwards. The judge reading out the judgements against Edwards will himself have to stand before the one who is described as “the Judge of the whole earth”. His jurisdiction extends wide - to everyone - and extends deep - to everything.

Perhaps that can be a comfort, perhaps only small and cold, to the Spiers family. This global Judge also knows the location of their daughter’s body, and is angered over the taking of her precious life, a life made in His image, and therefore a life for which Edwards will be held accountable for on that last day judgement that Christians believe in.

Now perhaps you don’t believe in that kind of justice, that kind of Judge, or that kind of sentence. Many don’t. But still so many seek justice. Many seek full justice in the here and now for many things. We see this all of the time. I have heard people say that until full justice is handed out over this matter or that matter, they will never be satisfied.
I guess they will never be satisfied. The best of them at least. The worst may take justice into their own hands, and become the very problem of injustice that they are attempting to resolve.

That’s why you cannot have full justice, or even full hope of it, without having a God of Justice who will ultimately deliver it. A lot of people respond angrily to the idea that God is described in the Bible not only as a God of love, but a God of vengeance. Won’t that make us monsters? If God is a vengeful God, won’t that give us an excuse as humans to mete out vengeance?

On the contrary. In the context of Roman Empire that thought nothing about destroying a whole city and every person in it, if it should rebel against it, the letter written to the Christians in the empire’s capital reads like this:

Do not take revenge, my dear friends, but leave room for God’s wrath, for it is written: ‘It is mine to avenge; I will repay,’ says the Lord. (Romans 12:19).

God wants us to be just because he will hand out justice. Conversely he does not want us to be vengeful because he will avenge. So leave room for Him to do that. Hard to do, but right to do.

The court decision this week brings to an end a two decade chapter for Perth. But it’s not the end of the story. Edwards will go to prison, but that itself is only a shadow of the punishment he is set for should be cling to his self-righteous refusal to own his crimes.

That should give us some relief, even if only some. But it should also give us some concern too. Concern that we also do not cling to our own self-righteousness in the face of a true and perfect Judge. God is merciful and just. Loving and holy. Let’s be sobered by Edwards’ conviction after all these years. It’s a taste of justice delayed, but justice delivered (in part at least), and it’s a pointer to a greater day of justice to come when the streets of every city will be safe for women to walk in forever.