Can you imagine a world where movies are original and joyful?

Can you imagine a world where movies are original and joyful?

Even if you were not born before or during the height of The Beatles era, it is hard to imagine a world without their music. The songs of John Lennon, George Harrison, Paul McCartney and Ringo Starr continue to be on the soundtrack of people’s lives. Multiple generations continue to be touched by the masterful work of the Fab Four, but what if their songwriting skills were never part of the music’s historical landscape? The award-winning team of Danny Boyle (Slumdog Millionaire) and Richard Curtis (Love, Actually) dare to consider this concept and place the only memory of the music in the mind of the struggling singer-songwriter, Jack Malik (Himesh Patel). 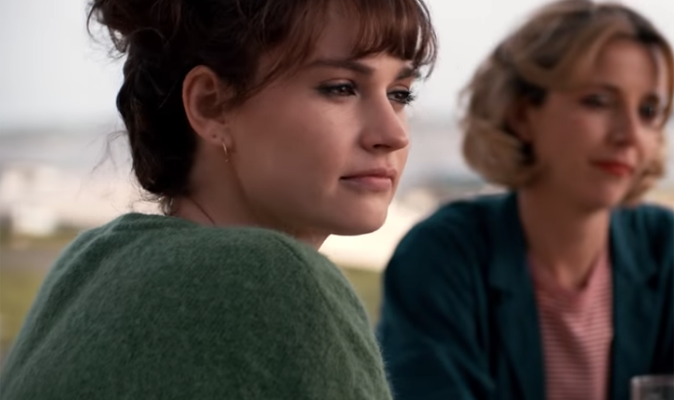 Jack has dreamt of the day he would break out as an artist since his musical debut in high school. Ellie (Lily James) has been by his side as his best friend and manager, but no one else seems to be listening outside of their small circle of friends. Then one night after deciding to retire from music and putting his guitar out of its misery, a surreal phenomenon occurs and all the lights of the world go out for 12 seconds. During the blackout, Jack is hit by a bus and eventually awakes in a hospital with Ellie by his side to encourage him. His faithful friend tries to help to inspire him with a new guitar with which he decides to play the classic song, Yesterday. It is at this moment that Jack realises that quite a bit has changed in the world since his accident and the most significant issue is that The Beatles no longer exist.

Thinking he is the only man on earth who remembers the catalogue of the legendary band, he tries to decide what to do with his memories of the songs. He finally decides to record a few of the tunes and release them online. There is little fanfare to his new songs, but by a twist of fate, Jack gets the attention of the world-famous singer/songwriter Ed Sheeran (playing himself). After a brief tour with the British artist, the unknown musician gets catapulted into the fame of a renowned recording artist. As he wrestles with the moral conundrum of taking credit for the famed band's work, Jack must also determine what he should do with the faithful devotion of Ellie.

One thing that has been lacking in cinemas throughout 2019 is originality and joy. It can be argued that Yesterday is not a perfect film, but it does blow into theatres like a refreshing breathe of fresh air. An original and joyful adventure that will leave audiences smiling, singing and longing for more films like this for the future. Danny Boyle gave up the opportunity to direct a James Bond film to take on this love story wrapped up in a fantasy and it was worth it. Instead of getting pulled into another well-worn franchise, Boyle and Richard Curtis manage to deliver one of the most enjoyable films of the year. 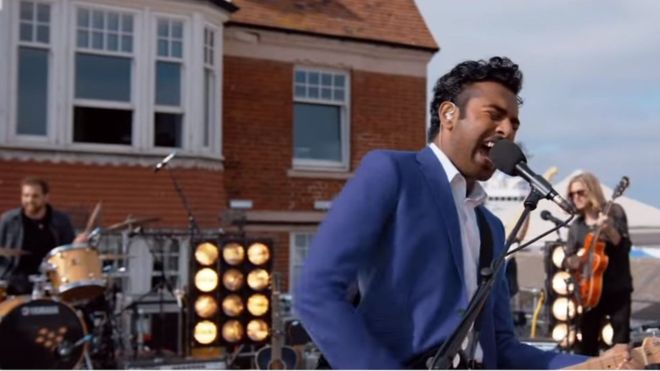 Lily James and Himesh Patel provide the heart of this film with the moving and long-suffering love story of Ellie and Jack. Patel manages to deliver the overwhelmed and bewildered role of sudden fame and James maintains her ability to captivate audiences with her pure beauty and perceived innocence. The moral juxtaposition at the heart of Jack's situation is masterfully interwoven within the romantic challenges of this modern era. Complemented nicely by Kate McKinnon and Joel Fry who are perfect in their roles of manager and friend. These two deliver the comedic balance needed to make this unbelievable tale even more accessible.

Once audiences embrace the imaginative nature of the screenplay, this will become a fascinating adventure for anyone who desires to be entertained at the movies again. There is no hidden agenda, no franchises, no fanbase who want to dictate the storyline and this may even turn this cynical generation around from the depressing cinematic trends of 2019, at least for a couple of hours. It may not be a perfect film, but it is a wonderful tribute to The Beatles, but more importantly, this film manages to bring joy back to the cinema.

REEL DIALOGUE: Does God allow for imagination in his world?

Imagination: the faculty of forming mental images or concepts of what is not actually present to the senses.

One of the blessings of life is the gift of the imagination. A film like Yesterday forces you to 'imagine.' (Pun completely intended for The Beatles fans)

Even without entertainment at our fingertips or when life moves into a state of boredom, having the ability to bring up images and thoughts allows us to survive this existence. From the limitless well of the creative process come songs, stories and dreams which have been part of the human experience since the beginning of time.

Some say that certain people are more imaginative than others, but this reality does not diminish the fact that all of mankind was given this gift. At times, it does get used for less than redeeming results and some minds draw from darker wells than others, but this does not minimise the power it offers. The human imagination exposes the psychological and spiritual aspects of life that can only be attributed to God.

The question is what are you doing with your imagination? Is it to honour the one who has given you this gift?

‘And the Lord said, “Behold, they are one people, and they have all one language, and this is only the beginning of what they will do. And nothing that they propose to do will now be impossible for them.’ Genesis 11:6