Welcome to the Locker Room

When the good thing becomes a God thing

Welcome to the Locker Room

When the good thing becomes a God thing 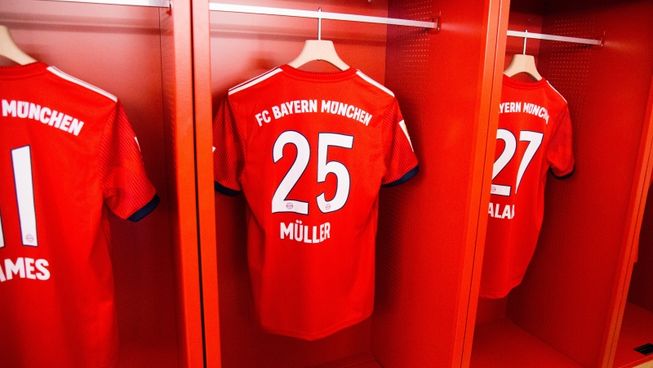 “Football isn’t a matter of life and death. It’s more important than that.”

So said legendary Liverpool FC manager, Bill Shankley. Was he joking? Only partly. And it’s not simply about football, whatever code. It’s about sport - your sport. We live and die on our team’s performance. Live in struggle town with few jobs and fewer prospects? If your team is winning - and winning well - it changes everything.

Sport is huge in our world, and it cuts across social, cultural and economic divides. The poorest kids in the Brazilian favela are gripped by soccer just as much as the elite of London watching the Premier League match from air-conditioned comfort, champagne in hand.

Why is sport so huge? Because it mirrors something about our society. Sport is a reveal. It enacts in eighty minutes, ninety minutes, or even five days, what life feels like. It is struggle, drama, defeat, victory, individual and team achievements. We can all learn something from sport, even if we are no good at it. Sport is the Shakespeare of our day - it tells us big stories in short time.

And that’s just the watching of sport. What about the participation? We live in a culture in which relationships and friendships are hard to find and even harder to maintain. For many people in a long term sports team, the friendships over twenty to thirty years are the longest, and closest they have. True, it’s built around something that in the grand scheme of things, isn’t all that important - we could live without sport in the world - but it is an important social glue.

The Locker Room recognises just how important sport is. But at the same time we recognise that sport is a terrific servant and a terrible master. Sport can serve us well. It has many side benefits including a healthier lifestyle and the building of resilience.

But when sport becomes a master? That’s when it falls into dangerous territory. There’s an own goal right there.

How so? Well think about how a good thing becomes an ultimate thing, or a “god” thing. We see this with crowd violence and racism in European soccer, riots between opposing fans using sport as a means to vent hate.

But, sadly, we’ve seen it in Australia too, with fans screaming and abusing opponents and being ejected from the ground. To mention nothing of the constant booing that accompanied a great indigenous AFL player, Adam Goodes, a number of years ago. And let’s not even mention betting scandals and sandpaper scandals in cricket.

It’s great when sport serves us. But when we serve sport?

The Christian message tells us that we were built to be servants, and primarily servants of our Creator. Things just work better when we serve God. Perhaps sport is one thing that has filled the void left behind in our culture when God is left on the substitute’s bench. It’s certainly had a lot of time, attention and money thrown at it, in order to provide meaning to us

And that’s a lot of weight for sport to hold. We hold out the promise that sport will unite us, yet the Olympic ideal is tarnished by drugs. We hope that sport will bring out our best, but all too often it brings out our worst.

Can sport become a great servant, something that we can use instead of it using us? That’s what the Sports Room/Locker Room is all about.