Are you a traitor or a patriot?

Are you a traitor or a patriot? 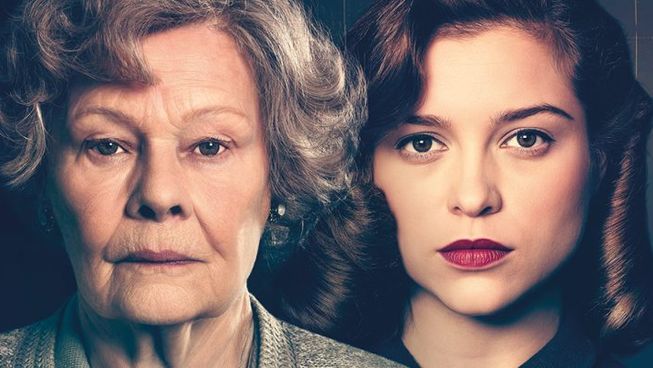 'It was an age of wisdom and an age of foolishness.'

In the history of espionage, many may have missed the intriguing story of Melita Norwood who was given the title of 'granny spy.’ At the age of 84, the British senior citizen was exposed as one of the leading intelligence agents for the Soviet Union during the 1940s in the race for development of nuclear weapons by leaking documents from the British military. Even though her family lived a quiet life in a London suburb for the majority of their lives, her past was exposed by the defection of a leading KGB agent. Red Joan is the story that is based on her exploits and how she was the catalyst for the Russians to remain in the nuclear arms race.

The names and various accounts from Norwood’s story were changed for the sake of the book and film, but most of the key elements remain faithful to her work as a spy. In this account, her name is changed to Joan Stanley (Judi Dench) whose quiet life in a small English village is abruptly changed when MI5 agents kick on her door. As she is interrogated at the agency’s headquarters, each file brings back a flood of memories. As the agents ask her role in the Russian spy ring, Joan's past begins to become apparent to the MI5 and to her son, Nick (Ben Miles), who must work through his sense of personal betrayal despite being her legal counsel.

The files go back to the 1930s and the time when Joan (Sophie Cookson) was a physics student at Cambridge. Before the war, she became involved with the Communist Party on campus through the recruiting tactics of a fellow student, Sonya (Tereza Srbova) and the charismatic leader, Leo (Tom Hughes). She becomes friends with the pair and eventually falls in love with the dashing young activist.

After gaining a position with the British secret nuclear research facility, the naive physicist is asked by her lover and his close confidant to get documents out of the agency for the benefit of the Russians. Torn between loyalty to her country, fear for the impact of nuclear weapons and her love for the suave saboteur, Joan agrees to hand over the documents. As things unfold on the world stage with the power struggle at the beginning of the cold war, Joan’s world of absolutes becomes muddled and she begins to wonder if her loyalties have been misplaced.

What stands out about Lindsay Shapero’s screenplay is how the world of espionage is more a world of greys than an example of absolutes. By focussing on the impact of one woman's role in the race for nuclear armament, becomes a fascinating character study. While the script exposes the intricate nature of the recruit grooming process and the manipulative quality of this undercover work. The writer also indicates that despite the intelligence level of the individual, anyone can potentially be swayed by emotion and relationships to betray their personal sensibilities.

The pro-communistic views expressed in this film will cause a level of discomfort for many viewers, but does show how that the face of the intelligence community can be anyone. Proving that the reality of espionage is less like a James Bond film and more like the regular lives of most people, which can prove to be intriguing and mundane at the same time.

Even though Judi Dench is the face of the promotional material, this is really Sophie Cookson’s film and she does an admirable job of depicting the young physicist. Showing how her naivety and heart caused her to betray her country, but how her intelligence helped her to work through the process and maintain her secret life for so long. The flashbacks to the past give this production the experience it needs to be more than a mediocre docu-drama.

Watching Joan wrestling with the moral implications of her actions and experiencing the consequences makes the story a worthwhile journey. As a vehicle for a tale of spy rings and betrayal, it never really gets out of first gear and contains minimal action. To expect this from a story with the ‘granny spy’ as a central character, might be a step too far, because it is meant to be a fresh and variant view of this secret world of secret agents.

REEL DIALOGUE: Are you a patriot?

Where are the roots of patriotism? Red Joan will cause the least patriotic person to consider their love for the country in which they live. Melita Norwood's story will cause audiences to ask what they would do to betray their country. It will manage to rub every nerve raw, but interestingly will still manage to create one to think about their own level of patriotism.

Yet, is patriotism a biblical concept? Yes and no. A Christian should understand that their citizenship is not found in an earthly kingdom, but in the Kingdom of God. Not to diminish or undermine a person's pride in their country, but to realise what is the first priority of a follower of God. Loyalty to God and then to the earthly country they live in during this life.