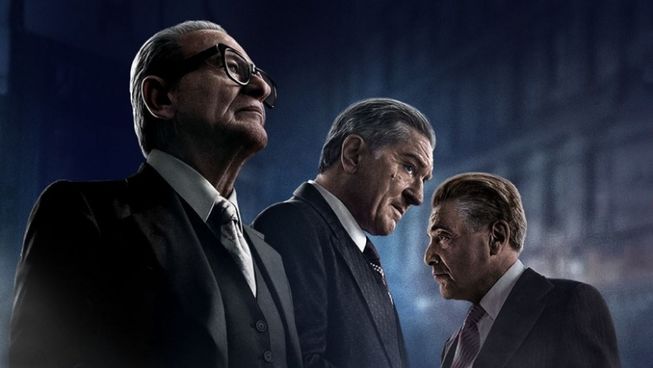 The name Jimmy Hoffa (played by Al Pacino) may not have the same significance in this era, but he used to be one of the most influential individuals in the union movement in the 1950’s and 1960’s. His name is infamously connected with one of the great mysteries of the last century due to his disappearance and links to organised crime. With the release of the book I Heard You Paint Houses that chronicles the life of Frank "The Irishman" Sheeran (Robert De Niro), the public was made aware of clues behind Hoffa’s vanishing.

While hauling meat across Pennsylvania, Sheeran has a chance encounter with the head of the leading crime families of the state named Russell Bufalino (Joe Pesci). This connection leads Frank into incremental stages of joining the underworld that range from theft to murder. With each step into this life, he gains trust with the organisation and he finds himself becoming friends with and eventually working for Hoffa, who was the head of the powerful union, the International Brotherhood of Teamsters. The union boss was growing in power and influence until the Kennedy administration came into office. Cracks begin to form internally within his organisation and Attorney General Robert F. Kennedy (Jack Huston) creates a "Get Hoffa" squad to expose the corrupt practices of the man and his organisation.

Frank remains an influencer within the Bufalino family and rises within the ranks of the union, even after Hoffa was incarcerated for jury tampering. The truck driver turned hitman finds himself getting closer to the inner circle in this world of crime, but it causes him to become more estranged from his own family. Hoffa’s eventual release from prison puts Frank’s relationship to the volatile leader to the test. He must work the fine line between friendship and loyalty to the organisation who put him into their confidence throughout the years.

This film has been a passion project for Martin Scorsese that is a fitting complement to the worlds he developed through previous classics (Goodfellas, etc.). Capitalising on the talents of DeNiro, Pacino and Pesci, masters of the art of acting through expression as much as much as through clever dialogue. More of the talk was in Mafia code and this ensemble does it like no one else. Scorsese is given license to run with a three and a half-hour film, but he has earned the right to do whatever he wants. The pacing and length make this ideal for the streaming public, but will give fans of the famed director the conclusion to his Mafia trilogy they have been wanting.

The cast must have been assembled from Scorsese film alumni and those willing to do anything to be in one of his films. Ray Romano and Bobby Canavale were perfect in their roles as the critical parts of the Bufalino consortium. While on the other end were Anna Paquin, Jesse Plemons, and Harvey Keitel who seem to be mere window dressing and seem satisfied being along for the ride. One stand out of the supporting cast is Stephen Graham as the rising star amongst the teamsters, Anthony Provenzano. He plays the perfect foil to Pacino’s portrayal of Hoffa. Each role is there to complement the performances of DeNiro, Pacino and Pesci. 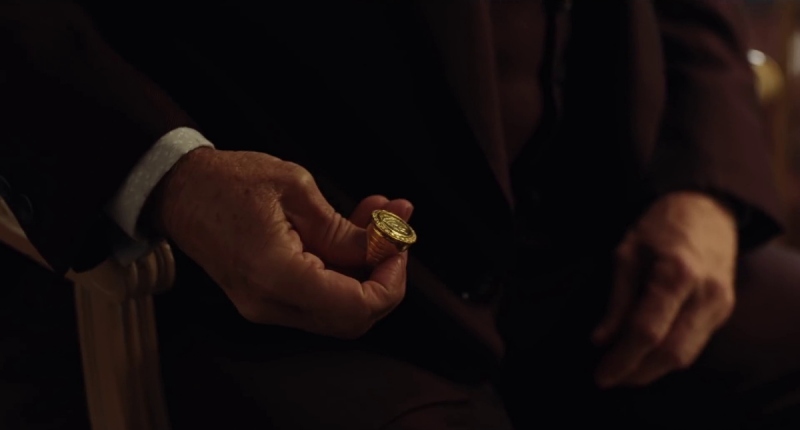 The ever-improving usage of CGI to de-age the stars did provide a unique journey through the years of the crime family. These effects replace the awkward makeup work of ageing characters through multiple decades. Beyond this newer component to his films, the majority of the film is Scorsese being Scorsese. This is not a slight against the master as much as it says how he continues to set the standard for this genre. Does The Irishman deserve all the praise that is being poured down upon it at this point in history? That remains to be seen, but it does lift Netflix's burgeoning profile and credibility by tapping into the ongoing genius of Martin Scorsese.

REEL DIALOGUE: The ring: Is loyalty a blessing or a curse?

Loyalty is both fascinating and confusing. It is defined as being faithful to something or someone. Frank Sheeran is given a ring that is meant to symbolise a special place amongst the Bufalino family. He is one of only three men who have a ring and the only Irishman to ever get a ring. What seems to be an honour for him eventually becomes a burden that causes a barrier to all of his other relationships in life.It begs the question, why do we choose to be loyal or faithful to anyone? It seems to be rooted in wanting to place implicit trust in the person we put our faith in and knowing that this loyalty will be reciprocated.

The Bible attaches a deeper meaning to the idea of loyalty. What can be seen is that God is the only one that is entirely faithful. He is faithful even when his followers are faithless. The thing to consider is that with mankind, loyalty can be fleeting, but with God we can find real loyalty and someone true to their word.

For students of the Bible, they will appreciate the irony of using this passage as an example of loyalty. A historical statement in the life of Peter that would show that the only person truly loyal in this life is Jesus. 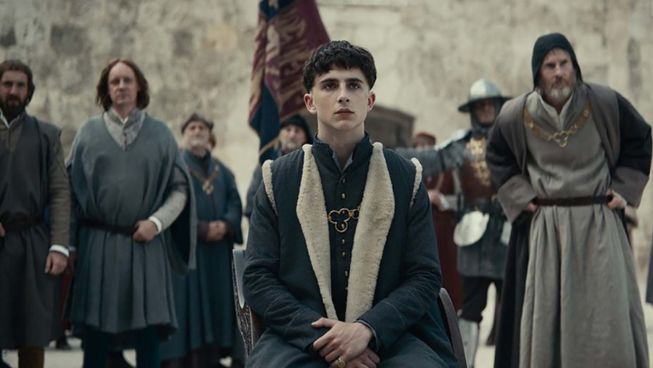