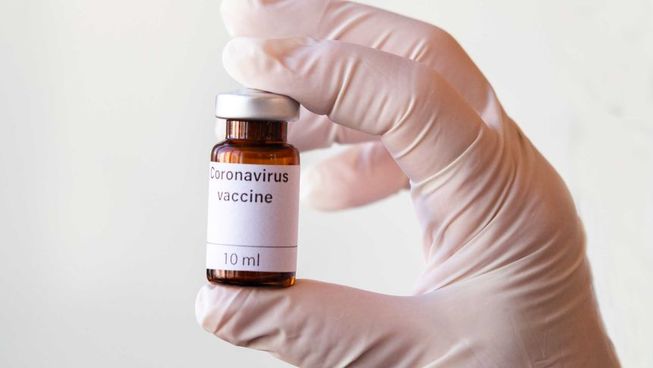 The COVID virus spawned another viral concern. Everyone was posting pictures of their sour dough bread during lockdown. Questions and comments about texture abounded. Consistency, crumble and baking temperature were spoken of in hushed tones. And then and of course, there was holy grail of sour dough, the starter.

Everything, apparently is about the starter. Legends abound, Olympian-sized legends about the age of the oldest starter, which from what I could gather was somewhere near 130 years old. A continual outflow of bread all wending its way back to a batch of yeasty flour and water when Edward VII reigned, son of Queen Victoria.

The starter of course is the sour dough equivalent of the bee hive queen, the source, the centre, and the ongoing life of the loaf. Or, if you have an aversion to bread and all things gluten, think of it as the Alien queen who dukes it out with Sigourney Weaver.

The key to a starter is that by the time it is a certain age old, there’s nothing of the original left. How could there be? It would be a huge miracle if there were. And yet … and yet… There’s a link and a flavour and a tone and a mystical reality to the fact that the bread you are making today owes its life - and much of its flavour - to the bread that you made 10 years ago. And it’s all down to the starter.

Which brings me neatly back to COVID, and the announcement that Oxford University is, if not winning the race to find a vaccine, certainly one of the front-runners. And Australia is in line to benefit from, and indeed utilise, that vaccine, having made an agreement with the company involved.

But there’s one little bump in the road. The starter cells that were used to shape this vaccine were sourced from an aborted foetus back in the 1970s. Sure it’s the 2020s now, and that’s a long way in time and distance from the UK of coal miners and the rise of the Sex Pistols, but starters matter right? Or at least they do with sour dough. Vaccines? Not so much apparently.

So when the Catholic and Anglican Archbishops of Sydney, along with the Orthodox Archbishop of Australia, wrote to Prime Minister Scott Morrison, expressing their concern over this fact, that the life-giving - or at least life-protecting - vaccine, had been sourced from what they view as an ethically barbarous act, an abortion, there was a rush online to pour scorn on them.

Read Twitter. Abuse, talk about “Get back to your cave”, and of course, the mention of sexual sins in the church. “Move aside old men, and let unfettered progress have its way!”, was the tone.

Such dismissive rancour betrays the fact that most people are doing ethics on the fly, and the church leaders were showing that up. Ethics is not simply about getting the best outcome now, as if the ends justified the means, but about getting the best possible outcome ethically. I am no ethical expert, and doubtless others can dissect the various “isms” of ethics around this vaccine, but the Archbishops raised an important issue: the source, or the starting place matters.

Yet ironically, given the dismissive wave of the hand on social media, for modern progressive society, that idea of a pure source is an ethical mantra in just about every other facet of life.

That coffee you are drinking? Is it fair trade? Is it ethically sourced? Would you buy your long macchiato from a cafe that advertised its coffee as “Not fair trade, but undoubtedly, the best coffee in the world”? No, you’d settle for a lesser cup. Anything unethical would taste bitter.

Those sparkly diamonds in that engagement ring you’re looking at for your fiancée? You’d hate them to be blood diamonds, right? If they started off life funding a war that killed innocent people in sub-Saharan Africa, would they lose some of their sparkle in your eyes? You betcha!

Today we are highly concerned with the source of a thing, and we judge its moral characteristics not by where it is now, but by where it began. We even do it with Twitter. If the mob wants to take a person down, or lose them their job, or their preselection, a ten year old tweet will suffice. Doesn’t matter if they have changed. Makes no difference if they disavow what they thought back at university. They’re done. Cancelled. The starting place is all important. And never more so than now.

Which is simply what the Archbishops are saying. They’re not saying don’t take the vaccine. They’re not binding the conscience of everyone else. In fact Anglican Archbishop Glenn Davies, said exactly that. And they’re not even saying they would not take the vaccine themselves. So there is deep nuance here from these men, a nuance that is, sadly, lacking in their antagonists.

This is not the medical equivalent of the mythical George Washington axe that he used to cut down the even more mythical cherry tree, and which has had three different heads and two different handles since Washington owned it. There is actual connection, no matter how small. The cells from an aborted foetus were the starter of a myriad number of vaccines and trials down the past forty years. It’s a minuscule level of connection, but the source can be traced.

So that should at least humble us. Humble us by the fact that in order for life to be given through a vaccine, human life was taken. Whatever you think about abortion, that much is true. So if you haven’t thought about the source of the vaccine, or you are dismissive of others who have, ask yourself about your sour dough bread, or more to the point - blood diamonds and fair trade coffee.

And if you’re reading this, and abortion has has been an ethical issue for you, should you take take the vaccine? Well, that’s complicated! Like Archbishop Davies, I think it’s a conscience issue. The vaccine is not being directly sourced from aborted human foetuses, so there’s huge magnitudes of distance. But it started that way. It’s worth thinking about at least.

And if you’re Christian, we need to balance it all with the love of our neighbour. That neighbour may be an elderly person with a variety of co-morbidity issues. Your slight temperature and sniffle could kill them if it turned out to be COVID-19. The source matters, yet so does the goal. If these things were not complicated, we wouldn’t be having these discussions!

So next time you eat your sour dough bread, think about the source of a thing. Factor that into your ethical considerations around matters that you would previously not have given a thought to. For if starters matter for sour dough, and the source of coffee and diamonds is important, it’s worth pausing to consider the gravity of something as critical as the source of a life giving vaccine.