Jesus is King and Kanye is President | Third Space
Loading...

Jesus is King and Kanye is President

Fantastic Beastly Leaders and Where to Find Them

Jesus is King and Kanye is President

Fantastic Beastly Leaders and Where to Find Them 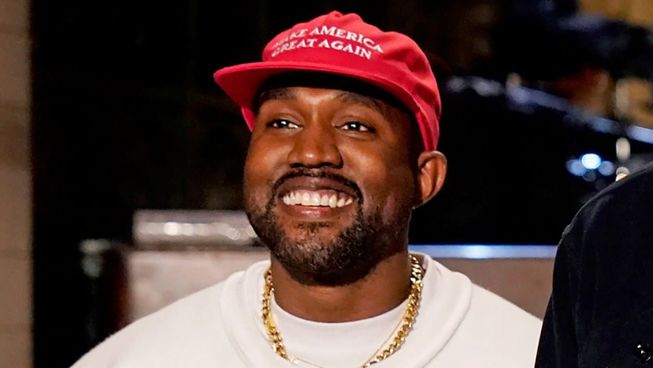 Well one of those things is certain come the end of November in this year of so many uncertainties.

But just at the time that religion and politics have never been so infused, and the extreme variants of it so toxic, out comes Kanye, with all of the Christian maturity one would rightfully expect of a baby believer, saying that he is running for President of the USA.

I presume he’s not in it for the money. His fame and fortune, derived from his brilliance as a musician, means he’s not likely to need a well paid speaking tour after the presidency to keep him in the lifestyle he’s become accustomed to. And I’m pretty sure his security detail already rivals the President’s.

That’s the thing with major celebrities who upset the apple carts of politics or culture, they have enough “up yours” money to say and do what they will. Kanye has said he wants to put God back into schools, and that he’s pretty suss about a vaccine for the coronavirus. Like so many powerful people, cancel culture can’t touch him.

And take JK Rowling. She is being scorched for her refusal to bow the knee to the transgender movement’s insistence that being a woman is a matter of what one feels about oneself, regardless of genitalia.

Rowling is being trash talked on Twitter, Harry Potter fan clubs are removing references to her, and the great young wizard himself, Daniel Radcliffe, is ready to throw her under the train as it comes into platform 9 3/4 at Kings Cross Station. Aside from the fact people don’t agree with her - and openly say they want her dead - she’s untouchable, or at least unable to be troubled by it all.

It’s an article of faith of the sexual identity movement that we are who we decide to be. Never mind Jesus is Lord, we are lords of our own lives and have the ability to shape and curate them however we wish to. Anyone who says otherwise is doing violence to us.

And speaking of violence, even if Kanye does get to be President - a second black president (with an orange one in between), will that stop the violence? Perhaps the slogan should be “no lives matter”, well not any lives that don’t matter to me anyway. We’re an atomised society for whom the person living around the corner from us is a complete stranger. And we’re happy to keep it that way.

It’s hard to build momentum for a collective vision of the good life and what human flourishing might look like, when there is no consensus in our community as to what a life is anyway. There once was consensus – a rough one at least – around what was good and true and right. No longer.

That’s what makes Kanye so interesting. He’s anti-abortion and anti-death penalty. He’s a Republican and a Democrat at the same time. He called out George Bush Jr for not taking black lives seriously enough during Hurricane Katrina, and he’s called out the current President - who he used to cosy up to - for making a real mess of things. President Obama didn’t like him either, calling him a “jackass”. Say what you like of Kanye, but if Presidents are chosen in the US on the back of them reflecting the people, then he’s as good as shot as two white blokes in their late seventies.

But that’s the thing. When you take God out of the picture, then what you get is not freedom and love and happiness, and everything God apparently did not bring, but you get tyranny and pernickety moralism in which everything everyone ever says is sliced and diced and taken to extremes. We don’t need hell anymore when through social media we can make people’s lives a living hell for crossing a constantly shifting line.

In some way Kanye’s refusal to be pinned down by the new, angrier and more vengeful gods of politics and culture, is exactly how a Christian should behave. Being pro-life, not just for the agenda that your party says is okay, but being pro-life for what the other guys say is okay too. Neither a Republican god nor a Democrat god, or - if you are in Australia - a Liberal Party god or a Labor Party god.

But if Jesus is king, does it matter if Kanye is ever President? Will getting your man, or woman, or self-identifying gender person, into the White House change things all that much for the better? I mean, ask yourself, how has that been tracking so far? At least fifty percent of the population in every western country is completely furious with the government all of the time. I mean, who has the energy for that? Surely all that rage is going to express itself somewhere. Hello Twitter and Facebook!

You see if Jesus is King, then at one level it doesn’t matter who is in the White House. Or the Parliament. Yes of course it does matter for some big, important things, and the level of public discourse is often set by those who are in charge of our countries. But it’s interesting that during the time of global superpowers in the biblical era (think Babylon in the late Old Testament period, and Rome in the New Testament period), God gave his people a picture of what human leadership looks like.

They are not especially evil, no more so that anyone else, but they do not match what God says a leaders should look like. The only truly human leader in the book of Daniel and the book of Revelation, turns out to be someone God has appointed to rule the world, and we know him as Jesus. The way he leads is the way humans should lead. The way he rules contrasts with the incompetent, the self-interested, the downright malevolent leaders of this world. And even the ones who are trying their best. Every leader in the Bible, save one, falls short. Jesus was the competent, selfless and pure leader. And we killed him. We too are beastly. We wish to lead our own kingdoms our way, even if that kingdom has one subject - ourselves.

Jesus is King. That’s Kanye’s album title. And Jesus is Lord is a song title on that album. Kanye covering all bases. Kanye takes some liberty with the lyrics, lifting the intro straight from the New Testament letter of Philippians, in which Jesus’ self-sacrificial love for humans results in him not becoming a president who lives in The White House, but becoming a slave who dies on the cross. What are those lyrics?

Every knee shall bow

Every knee shall bow

Kanye might get to be President. He might not. This might just be some beautiful, dark twisted fantasy. He will continue to be an influencer of the culture nonetheless. As will JK Rowling.

But Jesus alone will be Lord. His vision of human flourishing will be established, and every president who ever flaunted their power above another human being or society, will bow their knee and admit it to be so. And if that’s true, then a really good time to do that yourself would be now. Jesus is Lord.

By November that much will still be certain.