Could you give the gift of grace this Christmas? | Third Space
Loading...

Could you give the gift of grace this Christmas?

Christmas which is supposed to be full of peace, love and joy can be full anger and frustration. But grace can change all that.

Could you give the gift of grace this Christmas?

Christmas which is supposed to be full of peace, love and joy can be full anger and frustration. But grace can change all that. 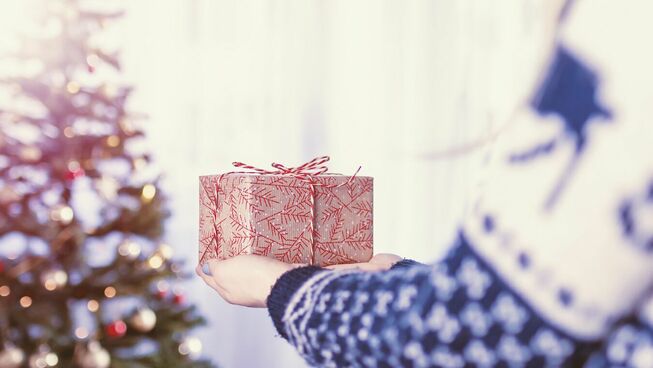 I don't know what you're dreaming of for this Christmas. A new tv that the merriness of Christmas seems to justify? A break from work? A white Christmas - anything to escape the heat and humidity?

Yet, I do know what you long for in your waking moments. It is the same thing that I long for and all the human race longs as we wake and work: grace. And grace particularly in our relationships.

What is grace? It is undeserved generosity. It is where goodness is shown independent of the works done to receive that goodness. It is kindness lavished from one person to another not just when it is not merited but when the opposite is merited. Bono captures it when he says 'grace is bigger than karma.' It operates outside the realm of what has been done, not done and cannot be undone. Grace is the twin brother of mercy and the close cousin of love.

By contrast, grace, does good for wrong.

What might grace look like this Christmas? Let me see if I can put some white meat on the turkey bones of grace by using the classic Christmas lunch.

Aunt Martha arrives, early again, having brought her contribution to the Christmas lunch, an expensive bottle of wine that she'll start in the way which coincides with her arrival - early. As she enters, her eyes settle on your wine selection for the day, 'Red from the Hunter, coal miners don't do well with grapes my dear.'

I know what I'd like to say but how would grace respond? It would respond with undeserved generosity. It might respond with light humour (not sarcasm). It might change the topic of conversation. But more than just words, grace wouldn't carry the wound of the comments like a loved scar all day just looking for that opportunity to say or think something hurtful. Grace would let it go like the dregs of a wine glass washed down the sink.

Your sister doesn't arrive early. In fact, you're not sure if she is going to arrive at all. And then comes the expected text message. 'Sorry, slept in.' While she slept the turkey, which you vowed last year to never cook for Christmas day again, but have, has gone from succulent , to moist, to needing a darn good basting to some thing well past that. You’re so desperate you've been wondering if Olay is toxic because it seems to do wonders on your skin. Would it work on turkey?

How would grace respond? Firstly grace wouldn't beat you over your own head because you vowed to never, ever cook a turkey again (or anything where timing really mattered) but you've done it and it hasn't worked out, again. Grace, wouldn't snap at your sister when she does arrive. Nor would it make snide comments about 'certain people's selfishness'. Grace also wouldn't store up the event and strangely relish adding it to past disappointments to make a long history of bitterness.

Your Dad turns up with his new partner who is younger than your wife and dressed for, well, not for the lounge room with kids. Showing off and trying to be funny he needles your wife about the extra weight she is carrying. (Not that you'd ever say that.) In a relationship of works, if you do wrong by me, I do wrong by you, how would you respond? I know how I would. With anger in the heart and a desire to hurt him by saying something about his inappropriately dressed wife and her inappropriate age. With anger at my wife that she doesn't match my standards despite them being unrealistic and unfair.

But how might grace respond? How does it respond to your wife who left the room with dignity after laughing off the comment but you know she is hurting? It would be hard to respond with grace wouldn't it? Far harder I think than responding in kind.

To exercise grace is costly. It implicitly recognises that wrong has been done. If there wasn't wrong there wouldn't be a need for grace. However when the wrong is recognised grace lets it go. This doesn't mean there is no cost. It is just that the cost isn't brought to bear in the relationship. It costs by not saying anything to your dad. It costs to serve dry turkey and endure any comments, no matter how well meaning and not blame your sister. It costs to feel humiliated if you knew at least a little about nice wines.

Is it possible to give the gift of grace like that this Christmas? I think it is near impossible unless we understand the greatest gift of grace that was part of the original Christmas. Jesus, an underserved and unmerited gift from God.

Imagine what Christmas day could be if our lives and relationships were filled with grace. 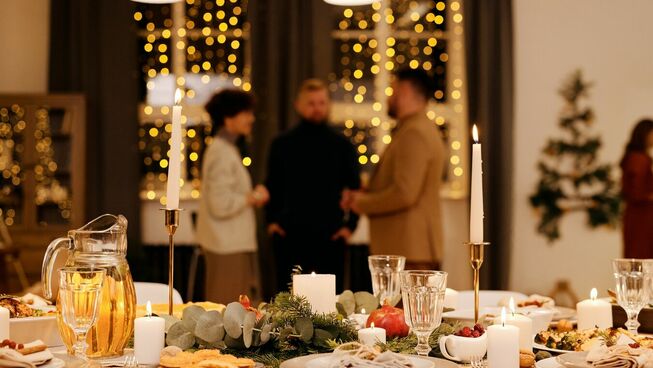