When Reloading isn't an Option

When Reloading isn't an Option 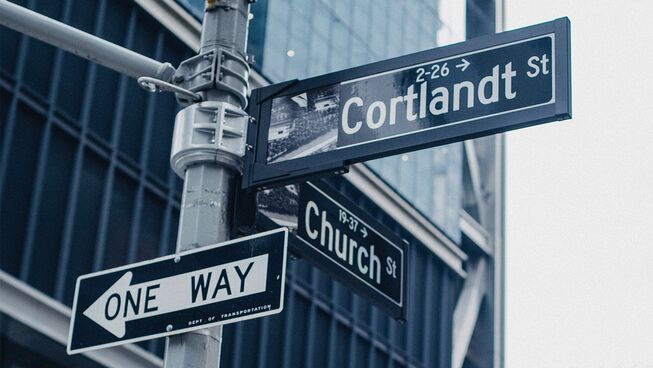 It’s really dark, but I’ve done this a hundred times before. I need to know where they are, without them ever finding out I’m here too, skulking in the shadows of an eerily empty street. Well, almost empty. I hear talking; something about the city getting worse, followed by a huff of irritation. The flickering street lights betray the speaker, casting his shadow onto the dirty brick walls. He’s coming around the corner.

It's now or never.

As I attempt to dart stealthily behind the nearby wall, the tip of my boot taps an empty whisky bottle, sending it rolling his way. He's startled at the sound and draws his gun, “When I find you, it’s gonna be bad.” In a split second, he’s in front of me; his weapon aimed right between my eyes. He fires.

I smash the Esc button and lean back into my chair with a frustrated groan. There goes my Ghost achievement. I stare at the screen, suck in a deep breath and let it go.

I can just reload my previous save and try again until I get it right.

But that’s not the case when it comes to reality, is it? I can’t make a decision, experience its consequences, decide that it’s not the outcome I wanted and then start over at the last checkpoint. And the fact that I can’t “reload” my decisions in life until I land on the most desirable outcome... Well, it paralyses me.

Maybe you’re like me, fearful that one wrong step will set you off-course. After all, even if we can manage the potential fallout of our decisions, the time spent doing so is something we will never get back. Not to mention, society has plenty to say about “wasted time” and “missed opportunities”.

This is especially apparent when it comes to making big life decisions, like choosing which university course to take; or deciding between the job with greater responsibilities and higher pay, compared to the one with flexible hours and lower pay. Perhaps it’s considering where to live—the high rise apartment close to your workplace, or the sizeable house just a five minute walk away from your parents’. Maybe it's figuring out who I'm going to be, and what I'm going to believe.

More often than not, as someone who identifies as Christian, I find myself struggling even more when it comes to making the big decisions (Isn't faith supposed to make these things easier??). Perhaps it’s the added layer of second-guessing whether my choice falls “within God’s call for my life”, compared to the most logical or practical option.

I've had many crossroads/sliding door moments in my life, and each time I’d panic at the thought of a big decision. My hopes, dreams and plans would come to a screeching halt with an all-too-often rushed and repeated prayer like: “Dear Lord, show me Your plan because I’m not moving a step without Your guidance. Anything else would be outside Your design. I don’t want my potential disobedience to waste precious time.”

This may seem like a uniquely Christian problem, but all things considered, I think I just hated the thought of people telling me “I told you so”, so I’d assumed God would say the same if it came down to it. The “precious time” I was afraid of wasting was mine, not God’s. I wasn’t following God’s plan because I wanted to; I simply saw it as the only way that would save me the humiliation of my “wasted” time. I mean, imagine having to explain that over a family dinner or at a high school reunion—yikes!

Anyway, I remained stuck in this limbo for way too long, unwilling to step outside the unknown parameters of God’s will for me. After all, if I didn’t move, I didn’t risk failing. But as we learn over time, abstaining from making certain decisions is a choice in of itself, and inevitably, has consequences.

I brought this up with my aunt, back when she was advising me on finding work in Australia. The self-doubt and anxiety-ridden me admitted to her that I wasn’t sure the path I chose to become a creative writer and filmmaker was practical in the long run. I remember asking her, “What if God never intended for me to do all that? What if all I’ve studied and worked for has been a complete waste of time? That would mean I’ve been set back by a lot, compared to my peers.”

Her next words would stay with me up until now, as I write this.

In hindsight, God has used every experience in my life, regardless of good or bad, big or small, to teach me, as long as I've allowed Him to. Even the experiences I had before I became a Christian still proved relevant and important even till now. And the things I feared to be a waste of effort and resources eventually proved to be handy tools at just the right time.

There is comfort and freedom in trusting God to shape us in surprising ways. Getting all neurotic and terrified over difficult decisions doesn’t have to become the way of life—when we embrace God’s mystique and unfathomable love, we can step into the unknown, confident that He’s always in control and never taken by surprise. Of course, this by no means absolves us of the practice of thinking twice (or thrice) before making important decisions, but it offers significant relief from decision paralysis.

There's a Bible verse that is particularly freeing and soothing for people weighed down by the burden of choice. Romans 8:28 says: "And we know that in all things, God works for the good of those who love Him, who have been called according to His purpose."

There's a freedom to fail, knowing the journey will continually inch forward for the Christian. And yet He invites us all of us to join the call. Christian or not. To make the biggest decision in response to the biggest question life can throw at us. To follow God, and trust His goodness each day.

Rounding back, I’m still working hard for that Ghost achievement from my game of Dishonored, and I have the option of restarting from previous saves until I get it. I’m sure we long to have something like that in real life too, and here’s the good news—it does exist! Or rather, He does exist! Christ is the only checkpoint in life who matters in the end, and putting our faith in His saving grace unlocks achievements we didn't know existed, yet are fully realised in the cross.

That, to me, is worth playing out again and again. 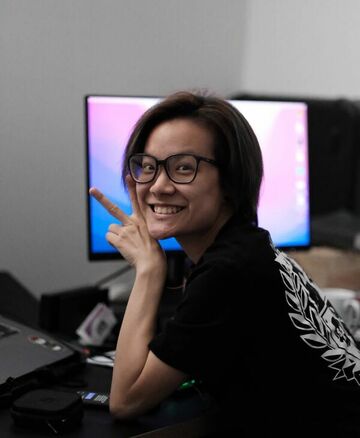 Jessica joined City Bible Forum in the middle of 2021, and is currently based in Melbourne. As the Digital Content Coordinator, she edits and releases video content for Third Space. She is currently doing a Master’s degree in Creative Writing, Publishing and Editing at the University of Melbourne.

Jessica enjoys dabbling in animation and graphic design, because she abides by the Shakespearean saying: “A jack of all trades is a master of none, but oftentimes better than a master of one.” She is a firm believer that the arts are a beautiful way to connect our world with God's creative power.