What IS that smell?

Taking leave of our spiritual senses

What IS that smell?

Taking leave of our spiritual senses 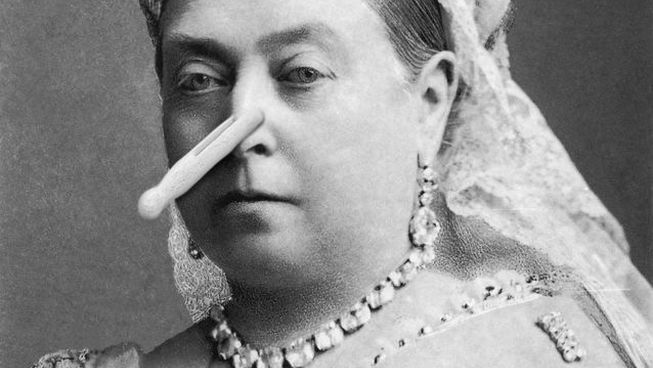 There’s a TikTok video doing the rounds again (it was viral two years ago and has come back) that will do your head - and your ears - in.

A bloke points to two words above his head, one on a green background and one on a red. Simple enough. Now to follow the instructions. And sure enough, when you look at the word in green you hear that word being spoken through the recording. But switch to looking at the other word and you only hear that word when you listen to the same recording.

Crazy huh? Same result every time. The word you look at is the word you hear, even though just a few seconds ago you heard the recording saying a completely different word!

Now I have to confess I’ve heard this aural trick last year, as my brother is the head of the Australian Hearing Hub and put me through the ropes with another recording that did something similar. He played a word to me and I heard it say one thing, while his wife who was sitting in the room with us heard a completely different word. So it’s not a simple trick of switching the recordings to fool us. We don't hear with our ears after all, we hear with our brain, so perception comes into this.

But even though my brother can explain how it happens, it’s still a thing of wonder. I tried to hear the “wrong” word, but couldn’t. Perhaps if you’re some sort of mind Ninja who knows how to do a Rubik’s Cube blindfolded by feeling the colours, you’d manage to discipline your brain. But the rest of us mere mortals, no way!

Now if your memory goes back a few years you’ll remember the famous dress, which was either black and blue, or yellow and gold. Some people saw it one way, other say it the other way. And it’s not as if those colour combinations are even close! Not even a squint could change things that much! What colour was that darn dress?!

So that’s two of our senses, sight and sound.

What about the rest? Well smell is an important sense. In fact it’s extremely evocative. We know that certain smells trigger memories - good and bad - and conjure up all sorts of emotions. Perfume is a great example. Indeed the whiff of the same type of perfume an ex-girlfriend wore can send a bloke into a tailspin.

Food smells too. The familiar smell of certain meals from a distant land can cause all sorts of pangs in migrant families. And adults who remember family meals as children often go on a search for recipes that bring that feeling or memory back.

But what if something that one person thinks smells lovely, smells like a stench to another person? What if that blue and gold dress thing, or that green word/red word thing, was the same with smells? What if an aroma that lulls someone into a gentle feeling of calm reflection and satisfaction, sends someone else into an emotional or hostile tailspin?

The Bible says that’s actually the case when it comes to the good news about Jesus Christ. The message about Jesus is a sweet smell to some people. They hear it as something they long to hear and they are drawn to it. But the same message is heard by other people as a stinky odour and it repulses them.

Here’s what the Bible passage says:

You’ll notice though, it’s not just the message, or “the knowledge” about Jesus, that is stinky to some people, but it’s the people who bring the message too! And it’s not like they’re not wearing deodorant as they share the message! It’s that the message and the messenger are so tied together that it’s hard to separate them!

The writer of that paragraph, St Paul, found this out the hard way. If people sniffed his message as he spoke it and went “Ah, that’s great!” they would like having him around. If, on the other hand, they sniffed his message and went “Yuk, I’m not having that!”, then they generally didn’t want him hanging around them like a bad smell either. And in that sense St Paul was just like Jesus - the one who the message was about. People who loved Jesus’ message, loved Jesus, but for those who couldn’t stand it, they held their noses when Jesus came by too.

Which begs the question, when you hear the message about Jesus, when its aroma hits your nostrils, how do you respond?

Is your first response to the call of Jesus that he is the way to God, he is the truth of God, and he is the life of God, and that other ways are futile in their search for God, to wrinkle up your nose and recoil as if the dog had done something in the house, but you can’t find it?

Your immediate response to that claim may be that you’re good enough without Jesus, or that there are other pathways to life and truth. Or that it’s a bit of a harsh and exclusive claim to make in these modern times. But it’s at least worth considering that the reason you turn up your nose at this is that you are perishing!

And that’s a possibility not to be sniffed at.

Go back and have another listen to that TikTok. See if you can crack it, or if it cracks you!