What’s The Deal with my Peugeot? | Third Space
Loading...

What’s The Deal with my Peugeot?

What’s The Deal with my Peugeot? 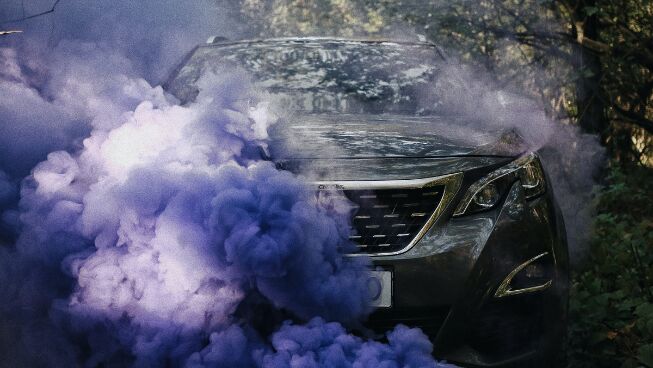 By the time my Uber ride had broken down one kilometre from the car yard where I was supposed to be picking up the warranty vehicle that I would be driving for the next two months, while the part for my new Peugeot SUV was being shipped from lockdown Paris, I knew it wasn’t going to be my day.

Though in the end it wasn’t so bad: A brand new SUV with all the leather and walnut trim as the dealership sorted out my own Peugeot. And all for free. The downside of that is my son asked me in glistening eyed wonder why can’t we keep this new GT model with all of the fruit instead of getting back our (previously amazing in his eyes) own car.

And yes, yes, I’ve heard the “Why would you buy a European car?” from just about everyone. But if it’s good enough for Europeans (and there are a lot more of them than us), then why not for us?

Turns out the problem was minor. So minor, and so tucked away under all that metal and technology that it took the dealers seventeen hours, and several long Zoom calls with Paris, to figure it out.

That doesn’t mean of course that since the problem was minor that the consequences were. Quite the contrary. There I was with my young lad on the first free Saturday we’d had in ages, about to drive to the city to buy new hollow trucks for his skateboard. And if you don’t know what hollow trucks are, do you even skate?

And as I pulled out of the driveway the car stopped. Stopped dead. The coding system on the touch screen went crazy, with signals telling me the gearbox was destroyed, the braking system was not working, and the engine had a major fault. And from that point the car would not budge.

Only those who’ve ever had to get a tow-truck to tow their car ten metres back into their own driveway will know the peculiar mix of shame and relief it engenders.

The neighbours were most entertained especially by the sight of the tyres being fitted with tread guards as the completely incapacitated vehicle was dragged, jumping and screaming onto a flatbed tow truck and back onto my drive.

And there my car sat until by a reverse process it was dragged screaming and jumping onto another flatbed tow truck and on to the mechanic’s. Where it then sat for a week before it was taken to the dealership, where it sat for two weeks before they finally had the time and wherewithal to figure it out and do some serious diagnostics.

Turns out a tiny bolt was missing from near the bottom of the gearbox. That missing bolt resulted in a slight movement that damaged a small electronic pin that read the output of the gearbox. The bend on that pin signalled - incorrectly as it turns out - that the gearbox was having a major malfunction, and the computer system shut the car down.

And here we are today.

One small, almost invisible problem, that took two working days to discover, and that only came to light when cameras were used to take photographs of what was going on down there in the dark reaches under the bonnet.

Yet that one small thing bought everything to a grinding halt. And cost me time (not too much money fortunately, except for a bunch of Uber bills), and a lot of inconvenience.

It reminds me of the old folk poem warning:

For want of the nail the shoe was lost

For want of the shoe the horse was lost

For want of the horse the rider was lost

For want of the rider the battle was lost

For want of the battle the kingdom was lost

And all for the want of a horseshoe nail.

While that is folksy and observational, it also reveals a deeper truth that is at the core of what the Bible talks about when it speaks about the seemingly small, invisible malfunctions in our own lives.

So for example, in the New Testament book of James, we’re told this:

“How great a forest is set ablaze by such a small fire! And the tongue is a fire, a world of unrighteousness. The tongue is set among our members, staining the whole body, setting on fire the entire course of life,[a] and set on fire by hell.” (James 3:5-6)

Small problem - to begin with - but serious consequences. And if you live in Australia and you are reading this, you will know what damage a fire can do.

But not just small, invisible also. So Jesus Christ, who made a habit of exposing the motives of people, had this to say in the Gospel of St Mark about internal issues having external consequences:

Jesus said, “What comes out of a person is what defiles him. For from within, out of the heart of man, come evil thoughts, sexual immorality, theft, murder, adultery, coveting, wickedness, deceit, sensuality, envy, slander, pride, foolishness. All these evil things come from within, and they defile a person.” (Mark 7:20-23)

The heart - the seat of the will and desire in ancient thinking - is invisible both literally and figuratively to people watching on. But the consequences are all too visible. Jesus is warning against people nurturing invisible things in their hearts, without thinking about where those things might lead.

There you are nurturing something internally, some lust or gripe or anger, that you think will not catch you out - or destroy your reputation - and suddenly it’s code alarms left, right and centre, and you come to a grinding halt, much like my Peugeot SUV.

The Bible’s diagnostics are critically important at this stage. The Christian message is that the heart of the problem is the problem of the heart. The external consequences may be revealed in many ways, but the internal problem is always the same.

The Bible’s answer to the problem is radical, but also liberating. Something internal needs to be resolved. With my Peugeot they got the car running again and took it around the block. It ran great! For a couple of laps, and then it died again. A shiny windscreen and detailing wasn’t going to fix what was an internal problem.

So too with us. The Christian message is that the only thing that will make us run according to the maker’s instructions, is for the internal heart problem to be resolved. That’s what Jesus Christ was getting at. The good news, as our Creator, he knows us so well that he alone has the capacity to fix us. He doesn’t outsource the job to a rehab program or a series of therapy sessions. He knows our hearts well enough to fix us and get us back on the road.

Now to get the Peugeot dealers to do the same for my car!