The Subjective State of Secularism

Freedom 'from' religion? Or freedom 'for' religion?

The Subjective State of Secularism

Freedom 'from' religion? Or freedom 'for' religion? 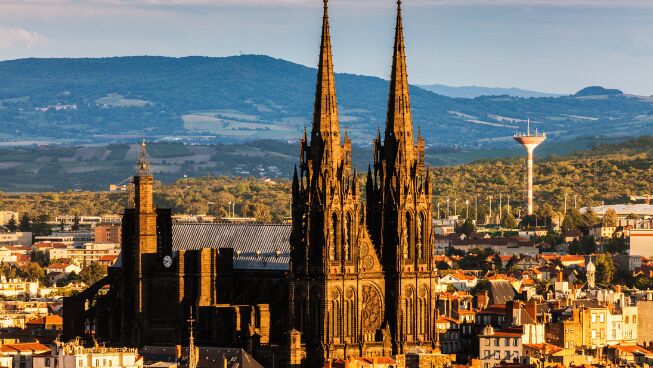 It’s a bit of a buzz term at the moment, but when we say “Australia is a secular country” are we talking about a freedom from religion or a freedom for religion in this wide brown country of ours?

This loaded collection of words continues to play out in very public ways - as issues like who Christian schools can employ, what a sports star can write on their personal social media account, or whether or not the Prime Minister attends church, raise questions about the place of religion in the public square. Meanwhile there’s a Religious Discrimination Act mouldering on the shelves of Parliament, proving too hot a potato for anyone to handle.

So how did it get to this in a country where the uptake of church or mosque or synagogue attendance has been, let’s face it, pretty low compared to many other countries? Sure, most people used to get matched and dispatched in religious buildings, but they’re not even doing that anymore. Isn’t it time for religion, particularly Christianity, in Australia, to quietly fold its wings? And that’s before we think about the abuse cases in religious institutions, which makes for painful reading and listening.

In the latest round of discussion around this topic, 'for' or 'from', an article by social commentator Jane Caro in the magazine Rationale claims that God has no place in public schools, precisely because secularism means freedom from religion. It generated quite the discussion.

The only problem is that secularism doesn’t mean that. That much would be pretty clear in reading the Australian Constitution which sets up the country as a secular nation. Here’s how it starts:

"WHEREAS the people of New South Wales, Victoria, South Australia, Queensland, and Tasmania, humbly relying on the blessing of Almighty God, have agreed to unite in one indissoluble Federal Commonwealth under the Crown of the United Kingdom of Great Britain and Ireland, and under the Constitution hereby established…"

Nothing about my home state of Western Australia in there, which some people assume is simply part of the bad-lands somewhere beyond a rabbit-proof fence, but I can assure you we’ve been added in since this was first written!

But the fact that the creators of the Constitution reference God does not mean that they did not conceive of Australia as a secular nation. Confused? Well that’s because the meaning of the word itself has been lost in the fog of an increasingly hostile culture war.

When the Australian Constitution used the word “secular” it simply meant that the government would never establish a state religion that was to be adhered to by its citizens. That was the Old World of Europe and its wars and religious strife. The New World, which included Australia and the United States, was going to protect religious freedoms by being secular. You would be free to worship as you choose. Or free not to worship as you choose.

What it did not mean was that religion would either be banished by the government from the public square, or that the government would not help religious organisation and institutions to flourish and take their place at the table. It simply meant that no one religion would take precedence, because that would discriminate greatly against those who were not adherents of that religion.

To give you a practical example of what problems you can run into in a state religion, think of England right up to the 19th century. It was impossible, if you were a Roman Catholic, a non-Anglican Protestant or a Jew living in England, to attend the universities of Oxford or Cambridge as a student. You had to be an Anglican.

The first secular university was University College London, founded by the philosopher Jeremy Bentham. It was to be a place of learning for all religions, or those who identified as having no religion at all. Bentham’s legacy is such that after his death his body was embalmed, seated on a chair and placed in a glass case in the university’s main foyer. It’s still there (apart from his head, which someone stole, so it was replaced with a wax substitute. True story!). Bentham wanted his country to have a commitment to pluralism; an attitude that we can have a free exchange of ideas – all ideas including religious ones – in civic life.

And that word “pluralism” is the key. Confident secularism (the word actually means “of this age”), can cope with different viewpoints being given airtime, support and value by the government. Yet the secularism we are seeing today, exemplified by the likes of the article by Jane Caro, is not a confident one. It wishes to erase all religious expressions from public settings, and to ensure this occurs implores governments to refuse to fund them or seek their flourishing.

That’s why the issue of government funding for faith-based schools is such a hot topic, as are the questions around whether a Christian school has the freedom to employ staff who share its ethos and ethic. Insecure secularism says such schools are free to exist, but not on government coin.

The problem of course is that such secularism fails to see that it too is a belief system that requires its adherents to sign up to a set of values too. Increasingly in the modern West, with that failure comes an almost medieval religious zeal to cut other beliefs out of the public square. No one believes “nothing”. Everyone comes to the table with a set of assumptions and a narrative about how things are.

Canadian philosopher Charles Taylor calls this form of hard secularism a “subtraction story”. By that he means that secularism in the modern West assumes that secularism is what you get when you take away – subtract – all of the religious myths and legends from a culture, and you are left with pure bedrock “facts” as opposed to opinions.

Trouble is, no one ever comes to the table with mere facts. Everyone comes with opinions. That Taylor calls secularism a “story” is telling, because secularists that say they just want freedom from religion, don’t realise they are creating a story about what religion is or isn’t, and about their own relationship to facts and opinions. A truly secular experience does not exist. There is no view from nowhere.

Author Grant Morrison puts it like this: “We live in the stories we tell ourselves”, and secularism is a story that people tell to themselves, and therefore they inhabit it, often uncritically. If you can only see from inside your story, you will never see your story as a story in competition with other stories.

Here's the thing: societies are at their healthiest when there is freedom 'for' as opposed to freedom 'from'. They just are. The history of the 20th century has proven this to be so. The 21st century continues to prove it. Liberty of conscience – to practice faith publicly and allow it to inform your civic life – or indeed not to practice a recognisable faith at all – is a freedom we should not take lightly. Confident governments that will look after their citizens’ interests have proven to be secular in a most pluralistic manner.

And here’s the thing: people of faith – actual religious people in Australia – want their fellow citizens to enjoy living in a country where an atheist, a Jew, a Muslim, a Christian, or a Buddhist, can all take their seat at the table, acknowledge their differences, and figure out ways to not only tolerate each other, but celebrate the freedom that a Constitution such as Australia’s gave to its citizens. Why is this so important to them? Because many of these citizens grew up in oppressive regimes where freedom 'from' their particular religion led to all sorts of government abuses and restrictions. They recognise the secular (i.e pluralistic) nation that Australia is, and along with me, are grateful that Australia is secular in the right understanding of the word.