The stories we run past

The standards we accept

The stories we run past

The standards we accept 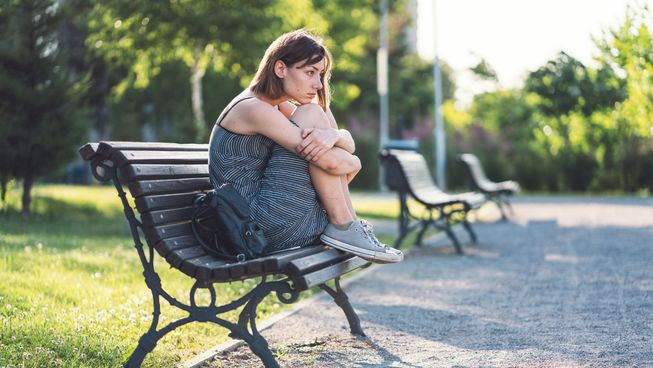 As a runner who lives in suburbia I can’t help but run past other people walking together, standing there chatting by a driveway, sitting at cafes.

And it’s the snippets of conversations that always intrigue me. As a runner who can’t stand the distraction of music or podcasts, I end up getting a sentence or two of casual, or sometimes, heated conversations, as I run by.

Just a snippet or two of a story. And then I am ahead of the conversationalists, who are seemingly oblivious to my well metered eavesdropping.

“I don’t know what she sees in him, he’s …” I’ve heard that one, or similar many a time over the years.

Not everything’s so juicy. Run enough kilometres and sooner or later you become convinced that in the West most of of casual conversations are about relationships, job prospects or housing plans.

I wonder what running in the highlands of Africa - where the great marathoners are birthed - would offer up? Probably different goals and values.

But it’s all a reminder to me that a small snippet is part of a larger story. And sometimes it’s just enough of a snippet to tell you if it’s a story of sorrow, joy, hope or anger.

Last week, early one morning, it was sorrow. Sorrow and frustration. I had run through my suburb and was crisscrossing the long straight streets in a neighbouring suburb that is more hard-scrabble, more intermingled with light industrial and closer to the railway and major roads. Just to make up the kilometres.

It’s here that the houses get smaller, the gardens less full of plants and more full of cars, often old or broken down. I usually nod a few silent hellos to people who are sitting on porches or who are wandering down their driveway with seemingly nothing in particular in mind.

As I ran this day I saw a lady, an older indigenous lady in a bunch of shapeless clothes and a bright red hat, standing outside the front of a house rundown house, the windows of which were covered with foil on the inside.

She was standing there by a window calling out urgently:

And then next, she said.

All I know is that I ran past a snippet of someone’s pain and frustration. A slice of someone’s story. And then it was gone. I was gone. The story was gone from my experience. My running brain took back over, and I pounded on, the steady swoosh of blood and oxygen in my brain.

But it’s a cheap line really. Whenever I’m visiting one of our capital cities in Australia I see good people, moral people, people with social consciences who would consider themselves the right types, pick their way past dozens of homeless people sleeping and living in doorways.

And my guess is that we don’t really accept that standard in any laissez-faire sense. It’s just that we don’t see what we could do about it that would change anything.

Our lives are too busy and theirs are too complicated to do anything other than walk past, accept it or not. We see a snippet of their lives and then move on. We are gone. They are still there.

And then we walk past them on the way home, and are gone again. They remain. We do nothing because in all likelihood nothing we do will change much for them, and it would require huge change from us.

So we live a life of constant eavesdropping, dipping in and out of other people’s stories, their hopes and dreams and fearful realities, all the while knowing that so much of what we hear in snippets from others, reflects our own lives too.

I wonder if it causes us to have more compassion for those around us whose names we will never know.

It always intrigues me how Jesus in the gospel stories about him in the Bible walks into such “snippets” of stories and changes the story completely for the good. This is one of my favourites:

Soon afterward Jesus went to a town called Nain, and his disciples and a great crowd went with him. As he drew near to the gate of the town, behold, a man who had died was being carried out, the only son of his mother, and she was a widow, and a considerable crowd from the town was with her. And when the Lord saw her, he had compassion on her and said to her, “Do not weep.” Then he came up and touched the bier, and the bearers stood still. And he said, “Young man, I say to you, arise.” And the dead man sat up and began to speak, and Jesus gave him to his mother. Fear seized them all, and they glorified God, saying, “A great prophet has arisen among us!” and “God has visited his people!” (Luke 7:11-16)

Jesus just happens to be walking by when the funeral procession is coming out of the town. A snippet of pain and despair. And - in compassion - Jesus transforms the situation.

We’re not Jesus. I’m not Jesus. And I bet if Jesus ran he could run faster than I could, being fitter and younger than I.

But here’s the thing, right, Jesus does not just hear the snippet of our conversations as he runs past with some other more holy agenda in mind. Christians believe that Jesus is the Lord God, the resurrected King.

Christians believe that he hears all stories, and that even the unspoken snippets or dialogue reels in our heads, matter to him and that he knows the full story. He knows our full story. And he’d still stop for us. We are his holy agenda. We are the standard he will not walk or run past.

What snippet of your story is Jesus hearing today?