Will humanity be ‘hybridised?’

Will humanity be ‘hybridised?’ 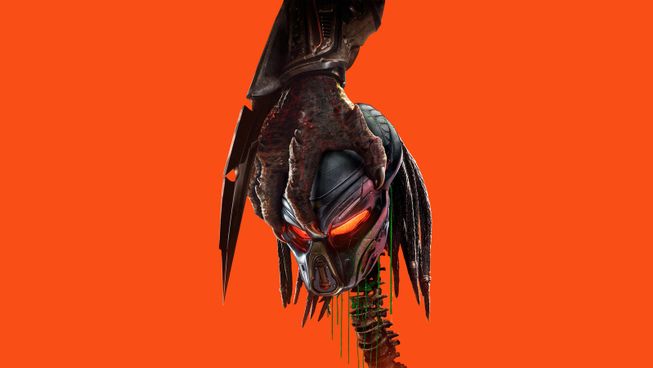 ‘An action film can have too much action; picture an equaliser on a stereo, with all the knobs pegged at 10. It becomes a cacophony and is, ultimately, quite boring.’ – Shane Black

Despite all of the controversy coming out of the Toronto International Film Festival about director Shane Black’s poor hiring practices, it should not divert audiences attention from the latest release within the Predator franchise. Black has done all he can to fix his poor judgment and has done significant edits to the film to right this wrong and to rework the final sequence to contain more action for fans of the series. The Predator is a completing of a circle in the franchise as well as representing a reboot of the alien hunter’s tale with Black returning to the franchise as director after acting in the original classic.

The aliens who have been plaguing the earth for over three decades have returned to hunt the unsuspecting prey of earth, humans. In the process of getting back to earth, the hunter becomes the hunted, which leads the alien to crash land in Mexico and to be taken to a secret government facility in the Pacific Northwest of the United States. In this medical observatory that analyses alien species, biologist Casey Bracket (Olivia Munn) begins to observe the Predator for the first time. She comes to the realisation that these creatures are not merely on earth to hunt, but to adapt to the planet and begin the process of hybridisation of humans.

While doing her study, the alien escapes from the facility and as Casey strives to stop his escape, the biologist comes in contact with Quinn McKenna (Boyd Holbrook) and a band of military misfits. McKenna was the army sniper who had made the first contact with the alien at the crash site, but the government wanted to suppress his story and intended to commit him to a military psych ward. During the chaos surrounding the space fugitive’s escape, the ragtag team assists Casey to escape with her life from the government faculty and help her to piece together how to stop the alien. Eventually, their plan forces them to go to McKenna’s home where he had sent evidence to what he had seen in the jungles of Mexico and this alien technology ended up in the hands of his son, Rory (Jacob Tremblay). Upon retrieving the boy and attempting to escape the alien, they come to the realisation that the creature that was hunting them was being hunted himself and the dire situation more than doubled in intensity and danger.

Through all of the edits and bad press, there are two audiences that this film is designed to satisfy, fans of the franchise and Shane Black. No one should walk into a film of this heritage and expect magnificent writing, provocative character development or exceptional plot twists. The dialogue is laboured and cringe-worthy, the characters are two-dimensional and the plot is predictable and has huge plot holes that an alien could hide a spaceship in of any size. In an attempt to appease every political element in the media, the script attempts to address global warming, the mistreatment of women, autism, evolution and mental illness and collapses under the pressure. Without the personality of Arnold Schwarzenegger to drive the story along and help to excuse the script for embarrassing dialogue and the screenplay for excessive gore and violence, the whole project falls in on itself.

For the fans of this franchise, it does move the story along with enough blood, gore and adolescent humour to fill that void missing from life since 2010’s Predators. Shane Black’s film is one that only a devoted fan could love and will be given hope for the future with the set up of a sequel. The faithful followers who cheer for the stylings and provocative nature of the director of The Nice Guys and Kiss Kiss Bang Bang, this outing will perpetuate what they have come to expect and desire from Black. With his trademarks (with the exception of Iron Man 3) of excessive violence, politically-incorrect jokes and his creative use of the English language, he proves that his direction is just as predictable as the plot of the film.

REEL DIALOGUE: Will humanity be ‘hybridised?’

By faith we understand that the universe was created by the word of God, so that what is seen was not made out of things that are visible. Hebrews 11:3

What is our fascination with the ‘origin’ story? Audiences continue to flock to cinemas to find out what one can know about the evolution of a species or the improvements on humanity. Why do we continue to get along to these well-worn storylines and where do these fictitious figures come from or where they are going? The argument could be found in the makeup of the human condition.

In the beginning, God created the heavens and the earth. Genesis 1:1

The answer could be that we are hardwired for story, especially knowing our own history. Humanity is not just about ‘the now,’ but knowing how we got here. From the meta-narrative of the existence of mankind to our own personal journey. Our interest in the past keeps historians in a job and keeps biographers, novelists and film directors busy with opportunities to share stories that will grab the hearts of men and women around the world. Some focus on the future or the present, but many of the answers to these queries can be answers in knowing where we have been.

The reason behind our love of the ‘origin’ story can be found in the desire to know our own past.