Is progress a myth and is decline inevitable?

Is progress a myth and is decline inevitable? 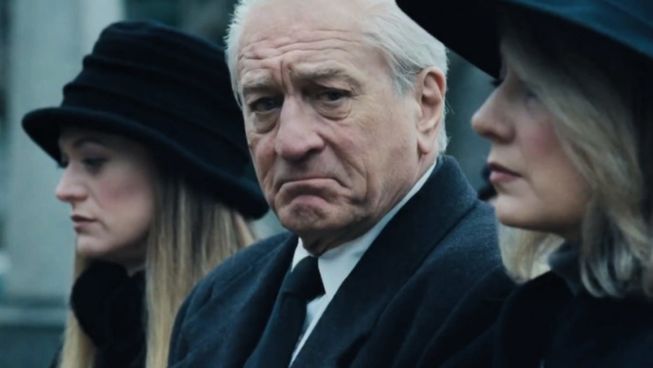 It’s a cheeky jibe at the person - or crowd - at high school who was the popular, blonde, sporty cool, king or queen of the pack. Too cool for school even. They ruled the roost. Their opinion mattered. They were the early adopters of all the cool fashions, jumping ship to the next latest thing just as those further down the food chain were catching up.

And now ten years later, when you bump into them in their mediocre job, looking a little tired and frumpy while you are out getting lunch with the partner from the firm? Well let’s just say “peaked at high school”.

Maybe the Western world peaked at high school. Maybe, despite the narrative of progress, the idea that we’re living in a world which is always just a technological leap away from finding a cure for cancer or reversing the ageing process, we have peaked.

Maybe 2019 was the peak. Maybe 2018. Who knows? I say all of this in the context of the planet about to go into a second year with COVID, lockdowns and deaths continuing, and the world we all remember, the travel we all embarked on, a distant memory. Meanwhile there have been concerns about civil liberties being eroded in the West, and riots in the major cities of our strongest democracies.

And what about the mental health tsunami that has crashed onto our shores and is surging its way inland, carrying along with it the human detritus of those who are anxious, worried and stretched to breaking point emotionally?

Now I don’t want to completely buy into what is called the “narrative of decline” in which we point back to a seeming golden age when everything was amazing, but equally I want to ask the question “Where did we get the idea that things were going to get better and better?” When did we decide that if we had the technology then we could solve the problems that assail us?

The secular world in which we now live has held a deep confidence that we are heading towards a better future. That somehow we haven’t peaked yet, but when we do, it will be great. Though that begs the question, how would we even know we had peaked?

A secular world, one which is primarily materialist in its outlook - denying the reality of God, or relegating God’s existence to the realm of opinion -, cannot with any intellectual consistency, determine what direction is better or worse for us to go in.

Now clearly some things are better. Steven Pinker, a Canadian sociologist, psychologist and writer, claims that the world has gotten better and better for more and more people, at least by all the measurements that count. Things are on the up. He attributes this to the advance of science and the modern understanding of the human condition which has broken free from unenlightened ideas.

Yet the counter claim is that the world has gotten better and better for some. Those for whom the modern world works. Those who haven’t fallen through the cracks. Pinker's view is the view from privilege.

Leaving aside the argument about whether it has or has not gotten better and for who, the real question is why that matters so much. What within us as human beings is so concerned about the need for constant improvement?

We don’t even need to look at it on the grand level of the planet. Self-improvement, the desire to always be getting better and better, or become a more rounded, fulfilled person, is something we simply assume. Every billboard, every Nike ad, every Disney movie, is about a journey from a lesser state of fulfilment to a greater. It’s about becoming a truer version of yourself. It’s about denying the fact that you may have peaked at high school.

We don’t need to be a philosophical thinker - a Pinker thinker - to realise that the cultural stories we are being told are all about self-improvement. From “Just Do It” to “Just Do You” it’s a quest narrative in which you are ever reaching for your potential.

But of course you don’t have to be an elite athlete to know that somewhere in your career you peak. The top of the mountain may be a plateau of many years (Tom Brady of NFL fame), but sooner or later you start coming down. And when you start to come down it can be hard and tearful (Serena Williams of The 2021 Australian Open).

And that is true of us all in one way or another. And especially true of us in the area of life in which we have pinned our hopes or our identity. If beauty is where we find our significance, then peak beauty is a fleeting moment, followed by years of fillers, filters and increasingly invasive surgeries.

If peak career, then it’s constantly ensuring that we make the right move at the right time, and don’t end up making a mistake or a sideways move that keeps us from the spotlight. Yet just as in sport, retirement beckons. Two years - at most - after we leave the top of the tree in the firm, we are forgotten.

Or peak menace. What is peak menace? Well, after watching Martin Scorsese’s brilliant Netflix release The Irishman, the physical decline of once feared mobsters and hitmen was the most sobering part of the movie. There they were in their dementing years, lonely, wheel-chair-ridden, fed on the hour, in nursing homes with nary a visitor. Once feared and revered, they are reduced to a regime of mealtimes, pill-popping, doctor’s visits, and bowel movements. A violent peak followed by an increasingly sad and sanguine decline.

Which simply means the bigger question in our hearts is not so much “Was 2019 the peak for the world”, but “When will my peak be, and how will I know I am approaching it?”

The biblical response to this desire for a move towards progress, an upwards march towards better, is that humans - and by extension the whole creation - was built for better, not for decline. The creation was “good” - Genesis states as much - but the goal was perfection. The garden was not the end of the project, nor the place to which we should attempt to return, no matter how ecologically desirable that sounds, but the launching pad of God’s eternal project for humanity.

While there is not time to go into it here, the very desire for “perfection without peak”, for an eternal upwards and onwards, is built into us by the eternal God, who we are told, has written “eternity” on human hearts (Ecclesiastes 3:11). He has given us a longing for a world that just gets better and better into eternity, even as we look at our own lives and realise that the peak will come for all of us, followed by that inevitable decline.

That we want progress, that we hope 2019 was not peak good times for our world, is part of God’s strategy that pushes humans to ask the question “Is this all there is to it or is there something more?” Everyone’s got their idea of what progress should look like - and often these ideas are diametrically opposed.

But that we all have the idea surely tells us something. And that we long for something more, and fear that we may have peaked - globally and personally - is all designed to push us to pursue that which will only get better and better.

Which is exactly what the famous CS Lewis was getting at in the last of his equally famous Narnia Chronicles stories, The Last Battle, in which history is wrapped up, and conflict done away with:

Now at last they were beginning Chapter One of the Great Story which no one on earth has read: which goes on for ever: in which every chapter is better than the one before.

A world, a you, that never peaks. Imagine that.