What's In a name when you're royalty?

What's In a name when you're royalty? 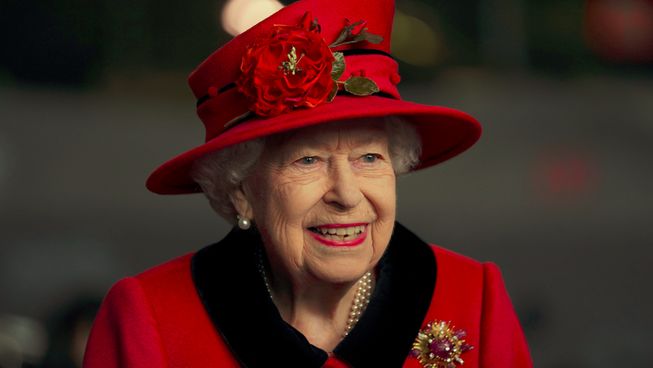 What's in a name?

Quite a lot if you are royalty. And even more so if there is a right royal tiff going on over that name.

You may have missed it, but that's what's been going on between those who have employed a certain name for their daughter, and the rest of the family whose matriarch owns that name.

And not just any family, The mother of all Royal Families. And "mother" is the right word.

The estranged Harry and Meghan (famous enough to need no surname), have named their daughter Lilibet, the pet name of Queen Elizabeth II. Not as much a hanging offence for perceived traitors than if they had done it to Queen Elizabeth I, but treacherous to some within the royal family at least.

And in this social media age the naming of their daughter has sent the Twittersphere, Instagram and everything between into a spin. Even the BBC is getting in on the act, with accusations that the broadcaster has misled the public by suggesting that the Queen was not cool with Hazza and Megs commandeering her name, considering the recent turmoil around the self-exiled celebrity couple.

There's always something in a name, whether it's royalty or not. And there's something in us naming - or refusing to name - our progeny after our forebears.

Mind you, some names - or some who hold that name - are just too weighty to be thrust upon any head. There were eight king Henrys, culminating - obviously - in the literally weighty Henry VIII.

Even among royalty ignonimy stops names dead in their tracks. Richard IV anyone? Not gonna happen.

Richard the Lionheart began a trend that culminated in Richard III , Shakespeare's hunchback villain, the last of the House of York who was himself stopped in his tracks at the Battle of Bosworth in 1485.

His was the last English kingly death in battle, a trend that I confidently predict will continue. This apparently ignoble king's ignoble remains were unearthed recently from an even more ignoble Leicester shopping carpark, whereupon they were given a somewhat more noble re-burial in Leicester cathedral in 2015.

The current furore over the name Lilibet seems to have taken on biblical proportions, but given our penchant for being distracted by the next big thing, I am sure it will settle down.

And speaking of biblical proportions, names in the Bible are massively important. Names mean things. They are attached to people for all sorts of reasons. Names are changed too. More name changing goes on in the Bible than in a witness relocation program.

The way the Hebrew language works, names are chosen that sound like events that are happening at the time, or that might happen. Names become funnels down which other meaning can be poured.

Some names are signs of despair. Ichabod means "the glory has departed" and it was the name given to a new born son of a woman who had just heard her husband was dead and that God's people - the nation of Israel - had been defeated in battle, and God's portable temple, the ark of the covenant, had been captured by their enemies.

The mum promptly died after giving birth and naming him, which if all this had happened today would have led to years of therapy for the young adult Ichabod. At least the poor bloke didn't have much to live up to.

God does a lot of naming too, in the Bible. And he changes quite a few names. In Genesis, the first book of the Old Testament, Abram - father of a nation - becomes Abraham - father of many nations, when God promises to bless Abraham, and the world through him.

And Jacob's name - which literally means "he grasps the heel", or "deceiver", another Ichabod moment surely, is changed by God to Israel, which means "he struggles with God". And hence the Children of Israel - the offspring of the one who struggled with God.

A lot's in a name alright.

Which makes it interesting how many names are given to the one who we know as Jesus Christ. "Christ" isn't Jesus' surname. It's not like Mr Christ. Christ is his title. It means "the Messiah" or "the King". Which brings us back to royalty and names.

But not just Christ, Jesus Christ. Jesus means "God saves" and it was the name that the angel told Mary to call him when she was told that she was going to have a baby. Jesus is the Greek version of Joshua, another famous Bible name through whom God saved, or rescued, His people. It was a popular name of the day. Joshua still is, though not too many Western people name their children Jesus these days. It's a lot to live up to after all.

Even the ironic title nailed above his head when he is crucified highlights his kingship. "King of the Jews" it reads. Roman authorities would write out the charge against those being crucified, and nail it above the victim's heads as a warning to others.

Jesus was a usurper to the throne - or so his enemies claimed. The Roman governor - named Pilate - who allowed him to be crucified for treason, couldn't resist a final jibe at Jesus' accusers, by refusing their request to change that charge to read "He said I am King of the Jews". The irony stands today.

As does the irony that no one names their sons Pilate any longer. Or Judas for that matter.

Yet the Bible doesn't stop at the crucifixion. The New Testament claims that Jesus was raised from the dead, and that that changed things. A lot.

We read in the book of Philippians that God has "given him [Jesus] the name that is above every name". he went from a no-name on a cross, to the best name ever on a throne. Quite the role reversal. Being given a name simply means that God conferred on him a status that is above everyone else. A status that if he does not deserve it, is scandalous.

If Jesus Christ is not worthy of the greatest name - or status - in the world, it is a scandal. Such a scandal would dwarf the scandal around Lilibet that is sending so many faux shock waves around the royal watchers.

What if Lilibet cannot live up to her name? What if Lilibet brings shame on the name of the one who is widely regarded as the greatest monarch England has ever had? It's a lot to live up to.

Did Jesus live up to his name? The Bible says he did. He saved people - just as the angel said he would do. And he proved to be a worthy King, demonstrated by his resurrection from the dead and his ascension to that heavenly throne.

There's zero chance that Jesus will ever sully his name, or that there will ever be a point that he will not live up to it. And that's just something we cannot say of another other person of royalty.