Why we can't get enough of the corn kid

Why we can't get enough of the corn kid 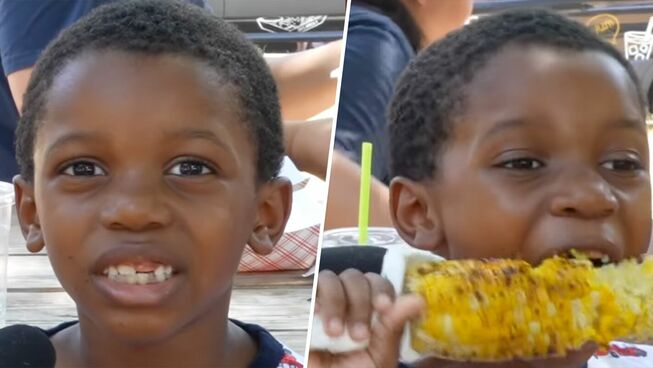 Chances are you haven’t been able to escape the viral trend which has been taking the internet by storm the last fortnight. What started as a sweet interview with a kid about his love of corn quickly blew up, with the child’s explanation of why he loves corn put to music (which at last count had over 50 million views on TikTok), which then spawned its own spin off videos, and on it went.

If you haven’t seen the video yet then take a moment to watch it. I guarantee you that even if you don’t understand it you can’t help but smile watching it.

And that’s precisely why I think it has had the impact it has. In comment section after comment section I’ve seen people express the same response: “This brings me so much joy”.

It’s fair to say that most of the world is feeling a collective fatigue, despondency, and even a sense of impending disaster in the wake of the last few years. From pandemics, to climate disasters, to war, to political tensions and violence, life in 2022 feels at times, well, heavy. As some friends said to me over dinner on Saturday night “I reckon we have just lived through the best 40 years in human history, but that golden age is over”.

Enter the corn kid. Seemingly uncorrupted by the trials of life, yet to become disillusioned and cynical, he innocently expresses his love for something as simple as corn covered in butter. And millions of us can’t stop watching (or singing “It’s corn, a big lump with knobs, its got the juice”…I’ll stop but it really is so catchy). Even his response to the question “Do you think everyone should love corn?” is so refreshing in an age where we feel people force their beliefs down others throats. Instead he simply responds that you don’t have to, but you should at least give it a try.

And this is the appeal. “It’s corn” captures the simplicity and joy of life so many of us miss but wish we could recapture. A time before the troubles, and worries, and difficulties of living in this messy, broken, disappointing world left us feeling messy, broken, and disappointed. “It’s corn” is our cry for a return to the way things once were.

As a Christian person this resonates with me deeply. The Bible itself speaks of creation groaning and humanity groaning in kind (Romans 8:18-25). And the reason it gives for this is the human failure to rule the creation well because we’ve wandered from listening to the One who made it.

But the Bible offers more than just an explanation for why things aren’t right. It also offers a hope for the future. Those moments of joy we experience in watching a kid talk innocently about his love of corn are a foretaste (pardon the pun) of the joy that the Bible says is coming. A joy when God will right all wrongs and all those who look to Him for life will experience a creation that no longer groans but rejoices in Him and His good and loving rule. A perfect piece of corn will be just the start! And that’s a joy I hope many people will get to experience.