How to Train Your Dragon: The Hidden World | Third Space
Loading...

How to Train Your Dragon: The Hidden World

What is the value of community?

How to Train Your Dragon: The Hidden World

What is the value of community? 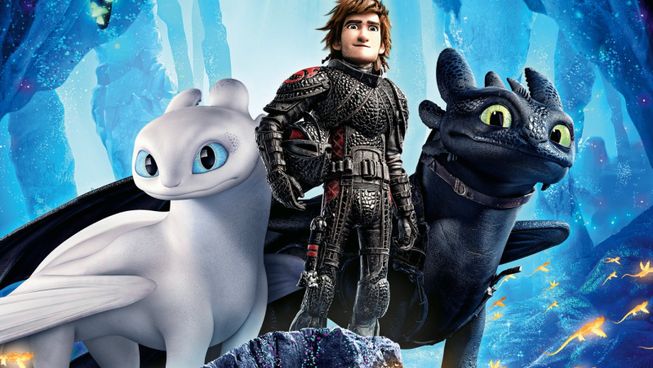 ‘So comes snow after fire, and even dragons have their ending!’ – J. R. R. Tolkien

Since the world’s introduction a decade ago to Chief Stoick (Gerard Butler), his son Hiccup (Jay Baruchel) and his Night Fury dragon, Toothless, things in the village have changed substantially on the Viking island of Berk. What used to be a community that fought against dragons has now become a utopia where these beasts and humans live together in peace. Not only has Hiccup provided a secret enclave for the fire-breathing reptiles, but he and Toothless have also worked with their team to bring the dragon hunting industry to a standstill.

While the eccentric Viking village tries to determine how they can manage the growing population of both humans and their scaly neighbours, a new threat presents himself. A legendary dragon hunter named Grimmel (F. Murray Abraham) discovers that a Night Fury exists, even though he had been known to have destroyed all of the others.

With Toothless as his primary target, the seasoned huntsman uses his best means of trapping the legendary creature, a fellow night fury and potential mate for the black dragon. Toothless must determine where his loyalties lie as his heart is stolen by the Light Fury. Between the dragon’s love life and Grimmel’s attempts to capture his elusive prey, Hiccup and Astrid (America Ferrera) search for the mythical hidden world of dragons as a potential refuge for their beloved creatures.

For the devoted fans of this franchise and the ongoing television show, this chapter proves to be a satisfactory conclusion to this dragon tale. Even though there are few surprises in this episode of the Viking narrative, it does stay true to this familiar canon. Director Dean DeBlois keeps a tight rein on the formula of this popular series by keeping family, loyalty and a hint of conservation at its heart. He brings back all of the beloved cast members while introducing a formidable villain to keep the dragon mod squad together for one last quest and battle.

Since the establishment of this innovative world and storyline, the production team has benefited from the growth of the computer graphics that manage to keep these films relevant and visually stunning. Even with the predictability of the screenplay and the inevitable outcome of the journey, the heart of this dragon tale remains true to the values of family and friendship. Proving that How to Train Your Dragon: The Hidden World will once again provide families with another positive option during this cinematic season and a satisfactorily close the book on this world of Vikings and dragons.

Two are better than one, because they have a good reward for their toil. For if they fall, one will lift up his fellow. But woe to him who is alone when he falls and has not another to lift him up! Again, if two lie together, they keep warm, but how can one keep warm alone? And though a man might prevail against one who is alone, two will withstand him—a threefold cord is not quickly broken. Ecclesiastes 4:9-12

One element of the How to Train Your Dragon series is the value of the larger community. There is a central character to cheer on, but the only way that he survives is by the care and support from the community around him. Throughout the Bible there are key figures who have been championed in our culture, but all of them are only able to achieve their goals by relying on the community around them. Moses, David, Gideon and even Jesus are great in their own way, but see the value and need of the community around them to do their work. ‘No man is an island’ is a proverb that should be lived out and is supported in the Word of God.