Film: Should we enter into the dialogue? | Third Space
Loading...

Film: Should we enter into the dialogue?

Isn't it just entertainment or is there something more to consider?

Film: Should we enter into the dialogue?

Isn't it just entertainment or is there something more to consider? 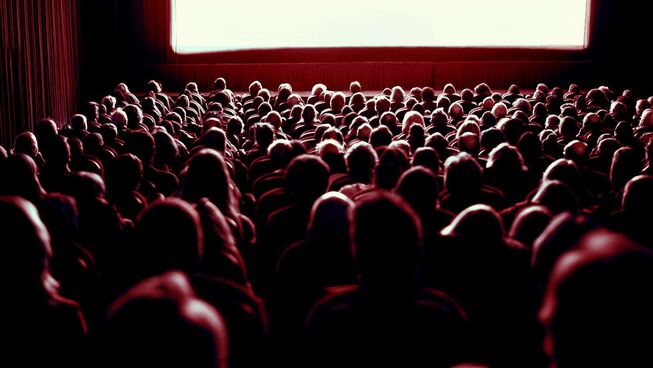 How many instances during a given week do you hear a movie reference?

Let me give you a few examples. A professor at university sites a key scene from 'Star Wars’ during his lecture, a CEO uses a movie clip to emphasis a point in his motivational talk, a line is used by a local newspaper columnist to support a weekly article or the local minister uses an image from a classic film to support the message on a Sunday morning. Film is part of our culture regardless of what you think about its influence. Throughout cinematic history, there have been many films that reference the Bible, God and Jesus. Are these films influenced by the Bible or are audience’s perceptions of these Bible stories influenced by the films? Maybe both.

People have different moral views, aesthetic preferences and artistic positions regarding film. Still, there needs to be consideration of how film influences the world we live in and that we need to be part of the conversation. Films are interwoven into our visually-driven society. Why? Since the inception of the medium, movies have been a powerful medium to convey a message in a short period to a large group of people.

Regardless of quality, the standard two hours of a film can communicate ideas about money, love, relationships and even God. Many people could dismiss these stories as mere entertainment. While it needs to be said that films are more than mere entertainment. Not to be misinterpreted, audiences do not need to enter cinemas with paper and pen in hand for some academic rigour. Neither should people advocate taking away the emotional component of watching a film of any genre. The point is to challenge people to think about what they are watching instead of merely consuming it.

Should we consider some of the deeper influences that they have on our culture?

The desire to hear a good story is not a recent phenomenon. Throughout human history, mankind has been drawn to a good story. Stories have been part of the human experience since the era of the oral tradition. They have been the driving force behind the invention of the printing press and still captivate us in this visual age of the Internet. In this era, anyone can be a storyteller, a writer and a potential film producer through social media and YouTube. Story has been and continues to be the driving force of the human experience. Film is just another medium of communicating stories, some good and some bad, but ultimately a means of getting people to experience stories. ‘Movies are part of the toolbox that most people use as they respond to and give shape to their lives.’ (1)

Jesus used stories to drive his message and communicate to the world. If you have taken the time to read Jesus’ teachings, you will find that a multitude of his documented words were in parabolic style. The parables of Jesus are known in and outside of the church context. Word pictures help people learn the point of the message, plant the seeds of ideas and for these nuggets of truth to grow in hearts and minds. Also, Paul was known for utilising cultural references to draw his audience into the storyline from the scriptures. The talk from the floor of the Areopagus in Athens (Acts 17:16-34) had its roots soundly grounded in the Bible. Still, he interspersed cultural references to help the audience engage with what he had to say. The use of stories and cultural references is not limited to Christian teachings. Still, it does move us to another consideration. In our modern era and due to these different means of storytelling at our disposal, the question for this short piece is:

Should Christians enter ‘wholehearted’ dialogue with others about film?

As you can see from previous writings at Reel Dialogue, I do have a love for film, but more importantly, a love of the Bible. I have been recently reading quite a bit on the topic of theology and film. I have been overwhelmed with all of the options on this topic. Some readings are better than others, but it has made for some challenging discussions and considerations of my theology. In this study, I think people need to come to terms with answering this question independently. During the reading I came across a list by Robert K. Johnston of some reasons for Christians to consider why they should commit to dialogue with others about film (2):

Many of these discussion points need more explanation and study. These questions have challenged me within my own theology. That is probably why the one book is 351 pages long. Not that this discourage people from considering the discussion. These questions challenge us to think more about what we believe about the Bible and the impact it has on film and our world. I hope to begin challenging people to see the opportunity of connecting with our culture through film and the Bible.

If film is such a profoundly influential part of our culture, shouldn't we consider engaging with film with more profound thought and through the lens of the Bible?