How to combat that lockdown blah feeling

How to combat that lockdown blah feeling 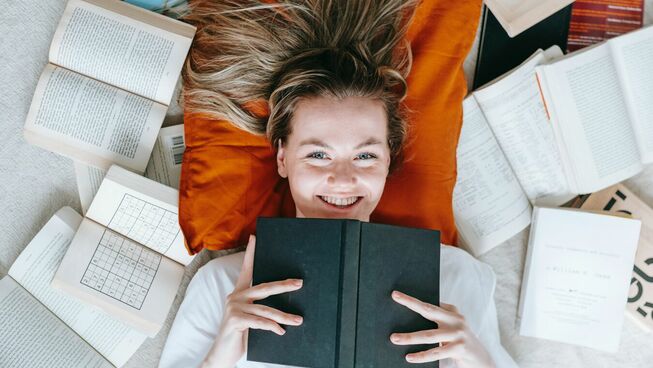 Feeling “blah”? The official term is languishing: we’re not depressed but we’re not flourishing either. The antidote: begin with finding some flow.

I had a glorious day on Wednesday. I took a day of annual leave to write some assignments. I got to my home office desk early, determined to make the most of the day. I set myself some reasonable goals to avoid any end-of-day blues. I got working and had a tidal wave of ideas. The hours flew by. I would glance at my phone every so often, but only responded at set times. I went out for exercise, and while I enjoyed it I was keen to get back to my desk. Ten hours later, when I finally downed tools, I felt like I had made good progress. I had an excellent night’s sleep and a surprising amount of energy for work the next day.

Two words to describe that Wednesday: sheer elation. Not the two words I’d usually use to describe a day writing assignments. And it’s a feeling I haven’t had since… before lockdown 2020.

It turns out that I had accidentally stumbled on an antidote to a condition I didn’t know I had: languishing.

“Languishing” is a sense of stagnation and emptiness. It feels as if we are muddling though our days, looking through life through a slightly foggy windscreen. We don’t have burnout because we still have energy. And we’re not depressed because we still have hope. We just feel somewhat joyless and aimless. Psychologists think that languishing could be the dominant emotion of 2021.

So now I have an official name for the “blah” I’ve been feeling this week (or its more aggressive cousin “fed up”). Apart from that glorious Wednesday, the “blah” hit me at odd times. When I was standing in the kitchen waiting for the jug to boil. When I struggled to get out of bed in the morning. When I found myself running out of energy talking to a friend.

I do know my life could be worse. I could be trying to supervise kids with their on-line learning. I could be out of work. I could be a woman living in Afganistan. But “blah” is something and worth addressing. Research by a sociologist suggests that the people most likely to experience major depression and anxiety disorders in the next decade aren’t the ones with those symptoms today. They are the people who are languishing right now. That’s a sobering thought.

Another sobering thought from the experts: languishing is difficult to detect. It’s hard to see the dulling of delight or the dwindling of drive or the slow slide into solitude. We become indifferent to our indifference. Which makes it hard to seek help or even to help our selves.

How to combat the “blah”

To combat the languishing, here’s what some psychologists suggest:

1. Find some flow. “Flow” is that elusive state when we are so absorbed in a meaningful challenge or a momentary bond, so that our sense of time, place and self melts away. That happened to me last Wednesday. And not just with writing assignments. Afterwards, watching something on Netflix, I was so absorbed in the drama it was difficult to tear myself away.

2. Flow needs focus. To achieve that, we need to give ourselves uninterrupted time to immerse ourselves in something. Last Wednesday I put boundaries around communication – and snack breaks. Apparently the most important factor in daily joy and motivation is not getting more done but a sense of progress. On Wednesday, progress gave me a sense of sheer elation.

3. Focus on a small goal. Apparently with flow it’s about just-manageable difficulty: a challenge that stretches our skills and heightens our resolve. On Wednesday it wasn’t those assignments that had just-manageable difficulty. I experimented with a new homemade protein ball flavour and the resulting deliciousness gave me a sense of tiny triumph.

To put it simply: to transcend languishing and regain some of that energy and enthusiasm that has waned over the months, we should carve out daily time to focus on a challenge that matters to us — an interesting project, a worthwhile goal, a meaningful conversation.

I think this is really useful practical advice. And it works: Wednesday is a case in point. And I can see how every little bit of flow helps and contributes positively to our headspace.

When the flow doesn’t flow

It’s just a shame that it doesn’t happen more often.

Since Wednesday, I’ve been trying to replicate the flow. I was hopeful, given I fairly much have complete control of my time, and have a great ability to both concentrate and tune out. Since Wednesday there have been some good moments. Although it turns out that the magic combination of focus, absorption, progress and just-manageable difficulty is hard to get together. No wonder they describe flow as “elusive”.

I loved Wednesday. I’m just so glad I don’t just have to rely on flow to transcend my languishing.

If languishing is about joylessness, aimlessness, stagnation and emptiness – then that is the opposite of the full life Jesus claims to offer.

As a follower of Jesus I have a full life. My life is rich in the things that really matter: purpose, meaning, identity, value, community and hope. My life is full regardless of what’s happening to me or around me, because I have a relationship with an all-powerful and all-good transcendent and personal God.

When I lean into this, it does help to keep the languishing at bay. The other day I was standing in the kitchen waiting for the jug to boil. It was the classic “blah” moment: I felt a sense of aimlessness. The feeling passed, because I was able to remind myself that my life is going somewhere. God has a plan and purpose for my life that isn’t dependent on when the lockdown lifts or my own ability to stay positive in the meantime.

The benefits that flow from my relationship with God transcend the blah moments. It might sound like this is the best Jesus has to offer. It’s not. A “full life” is made possible through forgiveness: in other words, Jesus solves a problem I didn’t even know I had.

If you’re feeling “blah” the good news is you might not be depressed. The bad news is you’re not flourishing either. The antidote: begin with finding some flow. Every little bit helps. And it goes without saying: reach out to someone if you need to. I’m going to start by talking about my moments of “blah” and give some light to what can sometimes feel like a dark void.