Did Jesus really rise from the dead and how could we know?

Did Jesus really rise from the dead and how could we know? 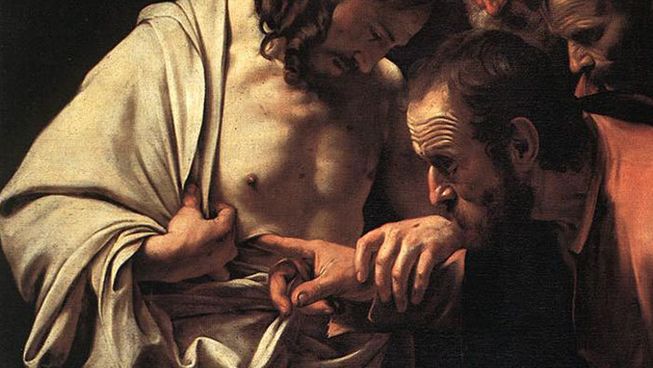 We see it everywhere. Or we are told it is everywhere. Sometimes we are fooled by it and others point it out. Other times it fools them and it is we who point it out to them. Is it deliberate and there is a malicious intent? Is it an “honest” mistake?

In these increasingly polarised times fake news seems to be the go-to in order to ensure certain views get promoted.

For a lot of people the idea of the resurrection - the raising of the dead - seems like fake news. How could people actually rise from the dead? And when it comes to specifics, like the Christian faith, how do Christians even acknowledge with a straight face that Jesus rose from the dead?

Resurrections don’t happen. Science has proven it right? Dead people don’t come back to life, much less come through death to an even better existence that will last forever.

The claim that Jesus rose from the dead is viewed with suspicion, even scorn, in our modern world. It seems like such fake news. It’s not possible. Something only ancient people believed who were into superstition and gods and stuff.

Funny thing though, for some of the ancient people of the Greek city Corinth in the Roman Empire, the resurrection was viewed as fake news for altogether different reasons.

Like so many people influenced by Greek philosophy, some of the people in Corinth who had become followers of Jesus didn’t think that the resurrection of Jesus was implausible (hey, the gods can do what they like after all!), but rather it was unpalatable (Why would the gods want to?).

The body was considered impure and evil. Spirit was good, flesh was bad, so the sooner you sloughed off the body the better. Death would liberate you to some sort of pure, disembodied existence. That’s all life after death was in their thinking. And plenty of Corinthian followers of Jesus made that their default position because they were marinaded in that culture. So when they heard about the resurrection, they put it in that category.

Interestingly it’s probably roughly what many people believe today who think that consciousness goes on after death. It’s become the default position of spiritual people. But bodily resurrection? Fake news!

Perhaps the bodily resurrection of Jesus is a defeater belief for you when it comes to Christianity. A “defeater belief” is simply a position that a philosophy or tradition, or in this case, religion, makes that is a bridge too far for you, or a pill too bitter for you to swallow.

“I can believe it up to this point, but that’s the deal breaker for me.”

For many, when it comes to Christianity, the resurrection is exactly that, a deal breaker. And people walk away. You might have done the same thing. Or you might have come to the position that you can hold to Christian principles and the philosophies that spring from it, but without having to take on the “dogma” of something like the resurrection.

But the Bible, specifically that part of it written to the Christians in the city of Corinth by the missionary leader, St Paul, doesn’t give that option. In fact St Paul, on hearing that some of the church people don’t believe in the resurrection, hoses down the idea that it is fake news. And furthermore he can prove it is true news.

He writes these words:

First thing, is that Paul doesn’t think he is giving them a philosophical idea, but a historical fact - true news! These things happened. And they’re the most important bits about Christianity. Without these the rest doesn’t add up. Jesus being raised either happened and Christianity is true. Or Jesus was not raised and it didn’t happen, therefore Christianity is false. Paul is putting it all on the line.

And notice that he also claims that he didn’t make it up; that it wasn’t his idea. This was news that he handed it on to them, after he’d received the news from others.

And not just “others”, but specific others. Paul makes the claim that Jesus appeared to actual people who have actual names and jobs (Peter, and the twelve apostles). after Jesus had died and was buried. He is claiming that Jesus was raised to life and people who he has talked to saw Jesus alive again!

In other words, unlike fake news, there is a source that can confirm it. In this instance people you can follow up with, including a very famous person, St Peter.

But third, and it’s not obvious from the text, the statement he makes is not simply a piece of information, it is what is called “a creed” - a statement of belief. And it is the earliest creed we can find about Jesus anywhere. It was even written before the four Gospel accounts of Jesus were written, that’s how early it is.

Why is that important? Because many modern scholars who deny the resurrection, say that the idea of Jesus being raised bodily didn’t occur to the first disciples, but that it grew up as a myth over time, as those who were with Jesus died off, and their story got embellished by others who were not there.

The existence of this early creed proves the exact opposite! It says that Jesus DID rise from the dead, and the job of those who saw it, who were there, was to make sense of it.

And how did they make sense of it? They realised that the resurrection of Jesus was the fulfilment of God’s promises in the Old Testament (that’s what it means by the Scriptures), that God would reverse the effects of human rebellion against God (namely sin and death) and would bring a Ruler and King to the people who would save them from these dreadful things.

That person was Jesus. The resurrection defeated sin, and killed off death. Because, after all, if Jesus was raised, then death doesn’t have the final say! We have hope!

And then St Paul doubles down on the fact this is not fake news with these additional words:

After that, Jesus was seen by more than five hundred of the believers at the same time. Most of them are still living today, but some have died. Then he was seen by James and later by all the apostles. (1 Corinthians 15 verses 6-7)

“Go check it out!”, says St Paul. “Ask them! Oh and don’t forget to ask James, Jesus’ half brother and the leader of the Christian church in Jerusalem. He’d have a pretty good idea if his half brother was still dead or not.”

Christianity has nothing to say to the world, nothing to offer those who fear death or are trapped in their addictions and despair, if Jesus did not rise from the dead, or if there is no resurrection of the body to look forward to.

St Paul himself admits as much later in his letter. Everything hinges on this being true news, not fake news, and St Paul is convinced with the evidence he has in hand that it is indeed true and not fake.

It would have been very easy, if Jesus had not truly risen, for one of those five hundred to break rank and deny it. In fact it would be surprising if only one did. But none did! They all saw it and they all testified that it was true! In fact many died rather than deny it. It’s not fake news.

Perhaps that leads to the question as we conclude: Why, if you don’t believe it, do you not? Is it because it is implausible and could not happen? Or perhaps is it because you wish it were fake because the implications of it being true are too confronting?

Fake news. It’s out there. But so is true news. And there are ways of finding out which is which. Are you prepared to do that with Jesus’ resurrection?