The Western world is in population decline. Should we be worried?

The Western world is in population decline. Should we be worried? 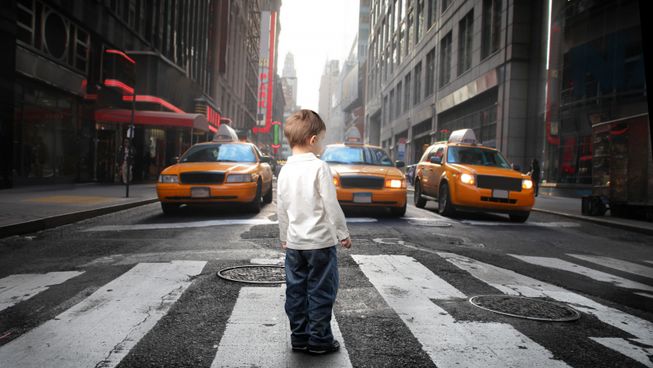 One of the best movies of the 20th century is Children of Men. Starring Clive Owen, and set in a dystopian Great Britain that is no longer great, having fractured - or indeed returned - to regional tribalism, the movie paints a picture of a hopeless future.

Why the hopelessness? Women have stopped conceiving babies. Just stopped. No one knows why. What started as a curiosity grew to a worry, exploded into a crisis, before settling down, as the stages of grief do, into sadness. A sadness that runs wide across the culture, as well as deep into it.

Schools are empty, playgrounds a thing of the past. And when the last person to be born on the planet dies a premature death, the whole world mourns. The hopes of the world seem to have died with the passing of that last child.

It sounds far-fetched. But as with all great dystopian ideas, it takes a kernel of truth and runs it to its full flowering, grows it to the poison tree that it would grow to if the ground were tilled so. Children of Men does this brilliantly, because it’s not merely - not even - interested in the “why” of the infertility that curses humanity, but the “what does it mean?” question.

So, life imitates art to some extent. Which is just to say that, somewhere along the line many Westerners have indeed stopped having babies. Well, not all babies and not all Westerners, but we’re not having enough babies to replace ourselves. Simply put, we’re in population decline. Or as The Times of London put it recently, “Ageing Europe faces demographic bomb”.

Children of Men included literal bombs that scattered peoples’ hopes and dreams. The metaphorical bomb of an ageing, shrinking population threatens to do the same.

At 43, the median age in the continent is now 12 years older than the rest of the world. According to the latest United Nations report, the population in Europe will start shrinking from next year. Although Europe receives more migrants than it loses, the UN says its population will fall by 5 per cent by 2050.

5 per cent you say? And another thirty years? Piffle! What’s not to like? We’ll have less road congestion and the price of houses will drop. True, but don’t let that stat fool you into thinking the future of the West will look like an Apple ad, full of wide empty streetscapes, large spacious apartments and beautiful young people.

Of course there is more to it than this when we pull the camera back and pan across the global landscape. While the West shrinks demographically, the least developed countries are expected to double in population in the next thirty years. So in terms of global total, there’ll be less Westerners and they’ll be a lot older.

But the ageing bit is crucial. The tax base is going to drop off significantly as the population draws down on pensions and doesn’t fill up the bucket with income tax. Meanwhile, the cost of health is going to spike. The future in the West will look more retirement village than it will an ad campaign for the next MacBook Pro.

Well maybe that’s an exaggeration, but there’s enough concern there for the United Nations to sound the alarm, and seek ways to address it. There will be social, economic and security concerns.

Now before you worry that Europe is going to resemble one large aged care facility replete with antiseptic hand wash and Andre Rieu concerts on high rotation in the communal lounge, there are benefits too. Here’s The Times again:

Michel Ruimy, a Paris economist, said there was a silver lining. “This could be favourable to the environment. The world would be more ecological. Because people will be more sedentary and the population will shrink and grow older, the consumption of high energy will be reduced.” Levels of CO2 emissions could fall back to those of 1950, he told Atlantico news site.

And when you consider global population pressure, reduced growth anywhere is surely a good thing. So it’s mixed news. What is interesting however, is, as I said earlier, is not just the “what”, but the “what does it mean?” of Western population shrinkage. To help figure that out we turn from London to New York, from The Times of London to the New York Times.

In a recent, and revealing piece entitled “The End of Babies”, by journalist Anna Sussman, we are given a picture of something more complex than just an inability to conceive.

Sussman explore the straightforward answers as to why the population is set to decline in many places in the West. There is the rise in education standards that means people have less babies and have them later. There is the cost of raising a child, never mind the 2.3 children (what does that even look like?) that would be required to replace the loss of the parents and keep the population intact. And there is the later stage at which people enter a romantic relationship that they feel could lead to having children together. But the subtitle of the article is revealing: “Something is stopping us from creating the families we claim to desire. But what?”

And it’s the “what” beyond the easy answers that is most revealing in the article. Those social and economic things are factors, but there’s something more going on, and as Sussman explores the topic, there’s a clear-cut case that the loss of hope beyond oneself, a loss of hope in the future is central. To me this is even more fascinating when contrasted with the hope that those in the poorer nations still have, even if the reasons for their demographic growth are as much to do with educational and economic situations, as they are to do with their understandings about religion and spiritual values.

For, as Sussman shows, it seems that even with these externals taken care of, as in the case of socially progressive, seemingly family-friendly Denmark for example, the same trend remains:

Even so, many Danes find themselves contending with the spiritual maladies that accompany late capitalism even in wealthy, egalitarian countries. With their basic needs met and an abundance of opportunities at their fingertips, Danes instead must grapple with the promise and pressure of seemingly limitless freedom, which can combine to make children an afterthought, or an unwelcome intrusion on a life that offers rewards and satisfactions of a different kind — an engaging career, esoteric hobbies, exotic holidays.

The “spiritual maladies”. There is, as not only Sussman, but many others note, a lack of something at the centre of our secular world that makes the idea of having babies too much of a risk. Sussman herself, now in her mid-thirties, has stored up eggs cryogenically, yet hasn’t even come close to deciding if she will use them, never mind when.

She quotes Trent MacNamara, a history associate professor at Texas A&M University, who in pointing out that economics are only part of the picture, makes the telling comment that it’s “the little moral signals we send each other based on big ideas about dignity, identity, transcendence and meaning” that determine whether we will have babies or not.

Baby-making is as much about meaning making as anything else. What we think life is about, where we think value lies, where our hopes are directed: these are the things that are determining where we put our efforts. And increasingly in the West our efforts are in the here and now. We seek transcendence in what previous generations in the West, and many current cultures around the World, viewed as transitory. The stuff of everyday life. Work, experiences, success. These now mean more to us than the apparent grind of a child who will rob you of these things.

It’s why, when actor Michelle Williams stands on the stage at the Golden Globes recently, receiving accolades and a golden statute from fellow actors, and indeed accolades from the world, her comment that her rejection of a baby allowed her to have this moment, she is showered with praise, rather than intrigue and curious sadness. We put our efforts and energies where our hopes are placed, in the expectation that there will be a return for our investment.

Where do our hopes lie? How can we know? Our present actions reveal our future hopes, and in many minute and imperceptible ways, embed those hopes also. It’s a vicious circle.

By the way there is hope at the end of Children of Men. I’ll bet you can’t guess what it is. 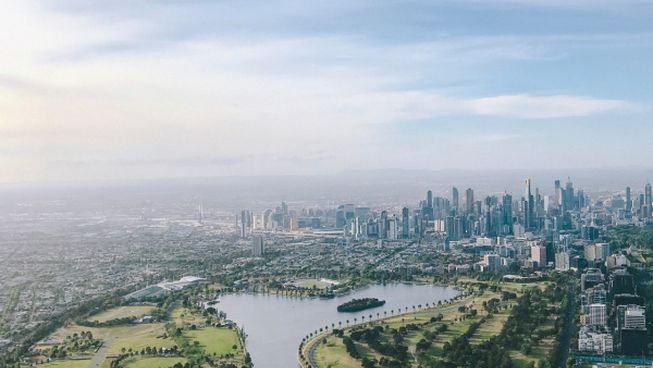