Losing your job to AI

Losing your job to AI 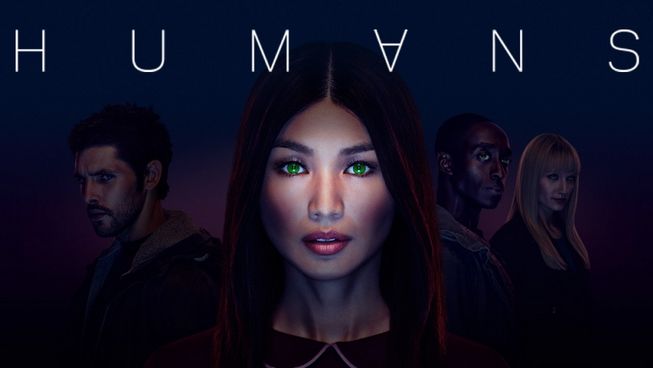 In the excellent BBC series Humans, Joe and Laura's marriage is in trouble and they have turned to therapy to see if there is a chance of saving it.

Humans is set in an alternative present-day Britain, where artificial intelligence has reached a point at which it’s hard to distinguish between actual humans and the creatures that work, live, love and breathe alongside them.

Humanoids are built for particular tasks, ranging from low-grade work in mine sites, to personal assistants for busy people, through to, well, through to clinical psychologists providing marriage therapy for real humans who have problems. Real humans like Joe and Laura.

Why bother with an actual human, who is limited by time and tiredness and is unable in a short space of time to download the last fifty years of psychotherapeutic methodology when an artificial human can do it all for you, and without the hassle of ?

And it’s all moved beyond the facial recognition technology we’ve come to know and fear. When Joe’s mouth inflects after Laura accuses him of not caring, an eyeball more comprehensively crafted and unfailing than the average forty-year-old human therapist’s ever could be, picks up the “tell”. Don’t sit down at a poker table with this new breed of artificial intelligence, they’ll take the shirt off your back. A shirt made, fitted and delivered to you by one of their own.

Sound far-fetched? Perhaps. But a recent US survey, reported by CNBC online, discovered that 37% of 18-24 year olds are worried that the exponential growth of AI will hamper their future job prospects.

Forty-two percent of workers in the business support and logistics industry have above-average concerns about new technology eliminating their jobs.

That’s driverless trucks. That’s advertising and technology. Think about that next time you start writing an email and the program is finishing your sentences for you. I tend to write something different to the suggestion because someone’s got to lead the rebellion when the machines rise up, don’t they?

Meanwhile Fortune magazine lists the jobs most likely to come under pressure from AI, including cubicle workers, loans processors and shipping clerks. One grocery chain eliminated five warehouse jobs with one robot, leaving one actual human working there.

Of course, it’s not all bad. A good many people still believe that AI will never reach beyond the humans who control them. And Terminator aside, there’s merit to that confidence. There’s nothing intrinsically wrong with driverless cars or facial recognition after all (thanks again Terminator).

But in a world where work is both a necessity for financial reasons, and is increasingly seen as a means of “identity production” not merely “material production”, seismic changes are on the way.

Machines won’t take over the world - not in your lifetime anyway - but they are set to have an impact on your world. The days where we envisaged the dirty jobs being picked up AI, leaving us to get on with the nobler pursuits are behind us. A lot is going to change. AI is coming to a cubicle near you. Are you ready for it emotionally, intellectually, financially, and yes, spiritually? Because as I said, in the late modern world, our work is increasingly bearing a weight it was not designed to bear.

Our big fear of course is not merely artificial intelligence, but the kind of intelligence that can move and grow beyond us. What does it mean to be human? Who gets to decide that? These are questions that technology itself cannot answer, and if we’ve learned anything from the increasingly bitter conflicts around beginning-of-life and end-of-life ethical dilemmas, we’re a long way from consensus.

What happened to Joe and Laura’s marriage? Let’s just say there’s something primordial, deep and mysterious about actual humans and their actual marriages that no amount of artificial intelligence can come to terms with.