Why I ignored the movie's advice.

Why I ignored the movie's advice. 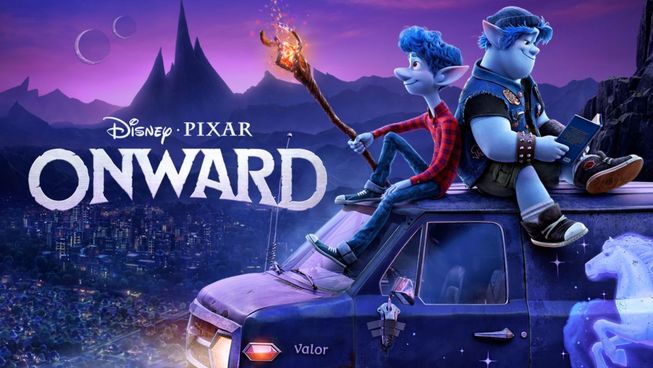 We hadn’t been the movies since COVID struck, way back in March. And we - my 12 year old son and I - were itching to go.

He was itching to go. Bugged me for weeks and weekends, and I kept deferring it, especially as all of the movies seemed pretty lame. The COVID crisis has reduced the quality of release to “straight to DVD”, yet they’re expecting you to shell out for two tickets, popcorn and a drink. I mean, do I look stupid to you?

As they say in the all the cool New York movies, Fuggeddaboutit!

So we did - or at least I did - fuggeddaboutit, until my lad bugged me one last time and I saw that our local cinema was playing Onward, that sweet little Pixar piece about the loss of magic and the loss of a father, and the odd way those two things come together.

It had received good reviews when it was first released in March before COVID and I remember thinking “Gotta go with my son to see that!!” Cue lockdown. Cue life not as normal. Cue readjusting to the new normal.

I didn’t exactly fuggedaboutit, but it did slip my mind. Until last weekend.

So there we were in a cinema with five other people - yep that’s right - five, and we were all sitting in the same row bunched up together wearing masks and spraying hand sanitiser at each other’s choc bombs from way less distance than 1.5 metres square.

Kidding. We were all spaced out through the cinema, draped hedonistically across a couple of seats each, in the way I want flying to be when i can next get on a plane.

We’d gotten there early to avoid the rush. There wasn’t one. So we were ensconced in our seats dangerously early.

By dangerously early I mean dangerous for the sensible pacing of movie popcorn and soft drink. I mean, it was ten minutes early, the trailers had not started, and levels were already looking drastically low. Somehow we needed a distraction. A fire alarm or something. Something to get our attention away from the delicious warm, buttery crunchy, … well you see what I mean!

Somehow we restrained ourselves. Somehow we managed to distract ourselves until the local tacky ads whose best lines were taken from dadjokes,com or some such were over, and the movie trailers began.

Well Onward is PG, so there was nothing in the trailers closely resembling the opening drill sergeant scene from Full Metal Jacket, but we were but one trailer in when I felt like I needed to cover my sons ears, so distressing and offensive it was.

Well, the first trailer, a Disney one at that, pulled that most dreadful of stunts in yet another quest-style lame “should have gone straight to DVID”.

What was that stunt? The classic Disney line:

To which I say “Fuggedaboutit!”

Follow your heart! The line that has launched a thousand movies. That idea has sunk so deeply into our western narrative that we now believe we are unable to be authentic human beings unless we completely and only follow our hearts.

It’s the Western narrative. The Western marinade poured over our cooked cultural goose. We are sliding into a completely emotionally driven understanding of reality, with an increasing inability to determine where our moral centre is.

Hollywood, Disney and the rest, tells us to follow our hearts, or be true to our hearts, or to something something our hearts, because that’s how Hollywood operates. Virtue is decided by what Hollywood decides is virtuous. And since pretty much of that was not virtuous by any rational understanding of virtue, then rationality must give way to emotion.

All of the time.

The determination to follow one’s heart does not always end badly. There are enough movies in which people follow their hearts to good ends. and they discover truth and reality and friendship. Even, sometimes, ultimate meaning.

But that’s not a good bellwether. Following one’s heart in movies has, as far as I can see, led to all sorts of terrible things, including adulteries and heart ache. Never for the heart-follower of course, always for someone else. And the heart-follower is always justified, no matter the damage they do, because they have, of course, fulfilled the first command of Hollywood and Western culture. Salvation is theirs! Cue credits etc, etc.

Our hearts are way too unstable, our wills too easily swayed in the wind, to set sail for any true destination using them as our lodestar.

And that’s something Jesus points out too. The Old Testament in the Bible makes the point clearly that our hearts are deceitful. And Jesus - New Testament guy that he is - goes all Old Testament when he makes this statement in Mark’s Gospel:

‘What comes out of a person is what defiles them. For it is from within, out of a person’s heart, that evil thoughts come – sexual immorality, theft, murder, adultery, greed, malice, deceit, lewdness, envy, slander, arrogance and folly. All these evils come from inside and defile a person.’

Jesus had been having a conversation/argument with religious leaders who were accusing his disciples of not following the customs of the day by not washing their hands when they came in from the public market.

But there's more to it. Religious rituals for Jewish people were about separating the ceremonially and religiously clean from the unclean. The hand washing did have a sanitary application, but that was not the primary reason for doing it. It was first and foremost to show that they were ritually pure, clean from all the nasty naughty stuff out there in the big bad world.

It’s not the external that’s the problem, according to Jesus (remember he’s the Old Testament guy), it’s the internal. That’s where the problem lies.

The heart of the problem is the problem of the heart. Uncleanness is within us. The things Jesus lists that come from the heart actually break many of the Ten Commandments; murder, adultery etc.

Yet so often, those two things in particular, murder and adultery, can be excused on the basis that we are following our hearts. And that’s exactly the concern. We are following our hearts. And we’re doing so uncritically, in a Hollywood way, as if doing so will bring liberty and life to us, whereas Jesus says doing so can bring bondage and death to us, and just as importantly, to others.

But if you decide that you are simply going to ignore that and follow your heart, Jesus would say to you, “Fuggedaboutit!”.

Follow your heart, or follow Jesus who knows your heart. And now that I have told you, you better not fuggedaboutit.

Only kidding. It was fantastic.