One of those tantalising ways to celebrate the holiday season

One of those tantalising ways to celebrate the holiday season 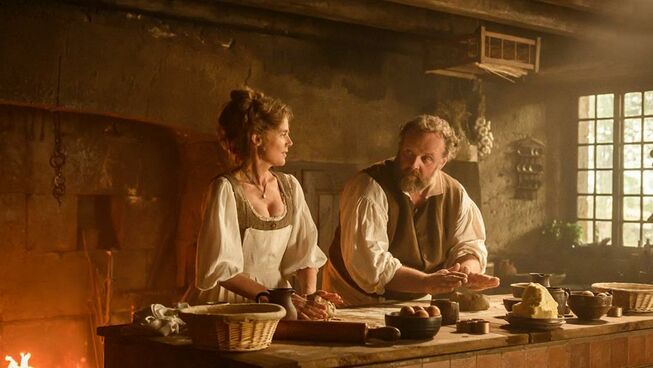 The difference between a film that merely includes food in the mix and those that intend to make it a central character is when the viewer leaves the theatre ready to eat. Films like Delicious, lean into the tradition of drawing people into the story to such a degree that you think you can smell it being prepared before your eyes. In the tradition of gastronomical storytelling of The Big Night, Babette’s Feast and Chef, this French project takes us back into the time before the French Revolution with a feast for the eyes and taste buds.

The year is 1789 and deep within the kitchen of Duke of Chamfort (Benjamin Lavernhe) we are introduced to the culinary maestro of the manor, Manceron (Grégory Gadebois). His cooking army has put together a feast prepared to perfection and even includes a few tantalising surprises. This is all delivered to the master of the house and his guests with celebration and accolades. Except for one dish, this little morsel does not appeal to the tastes of one influential guest. After this minuscule misstep, the master chef is dismissed and he leaves the castle to return to his father’s village.

His childhood home had been ransacked after his father’s passing and it would take some time to get it back to its former glory. With the help of his son and an old family friend, the trio begins to get the home back to being liveable. As the rumours start to flow about Manceron’s existence along the roadway that passed his house, travellers began to stop for a meal as they travel to Paris. Then a mysterious woman named Louise (Isabelle Carré) arrives and asks to become the chef’s apprentice. A consideration that has no appeal to the man until he saw that she brings more to their home than merely a desire to learn how to cook.

What becomes evident from the opening sequence is that this will become a study of the fine art of cuisine, French history, and the value of human connection. Éric Besnard writes and directs this tale with an eye to the beauty of creating food and proves that no man is an island to himself. He weaves together a visual smorgasbord that will have audiences drooling throughout with complex characters that complement every element of this poignant time before the French Revolution. From the transitions that showcase the menu to the creative seasonal passages, this becomes an exquisite journey through the annals of time.

Along with the visual spectacle comes the subtle performances of the lead actors that make this an understated joy. Grégory Gadebois captures the power needed of a master chef while holding onto the humanity that comes out in his actions. This is especially true of the chemistry between the veteran actor and his culinary muse, Isabelle Carré. She delivers the strength needed from a woman of mystery who hides unique gifts that come to light under the tutelage of Gadebois’ convincing depiction of the groundbreaking chef. This casting combination provides a beautiful complement to this appetising exploration of the human heart and stomach.

What is apparent within the story of Delicious is that food does more than satisfy hunger, it feeds the soul. The care shown to prepare a fine meal helped viewers see that a true chef pours their lives into each dish. To a lesser degree, in kitchens worldwide, cooks continually do all they can to share this same passion with guests or family. Regardless of how complex or simple the food may be, it represents the person who works to feed those who sit around the table.

From the Passover meal to the simplicity of Jesus sharing bread and wine with his closest friends, the God of the Bible shows where this expression of love originates. Throughout the words of this cherished book, we can see that there is a value placed on food and what it represents. After watching the tantalising culinary master class in Delicious, it might be worth checking out the true power that can resonate in the souls of men and women around the world. Also, how the food offered by God will always satisfy the soul. 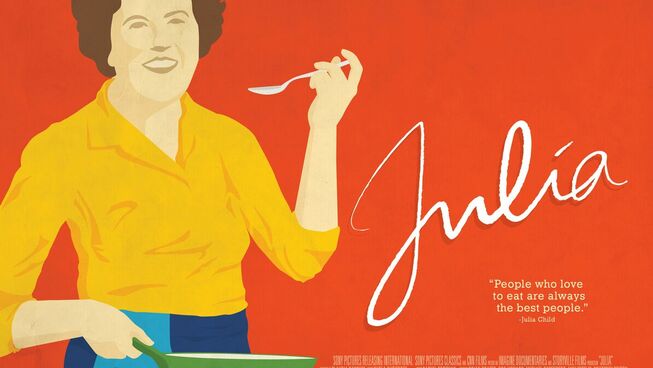 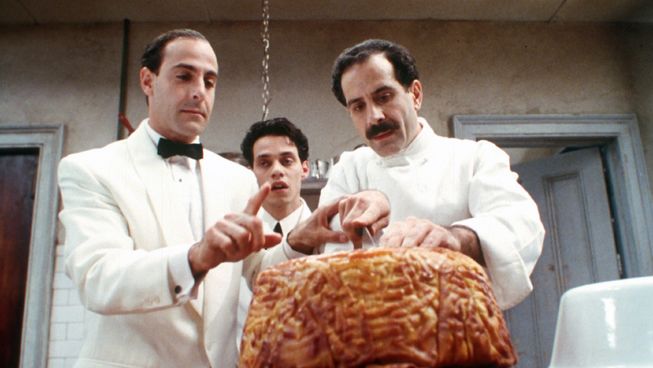 The 100 Foot Journey
Reel Dialogue
Russ Matthews 9 Feb 2017
Can I make you an omelette? 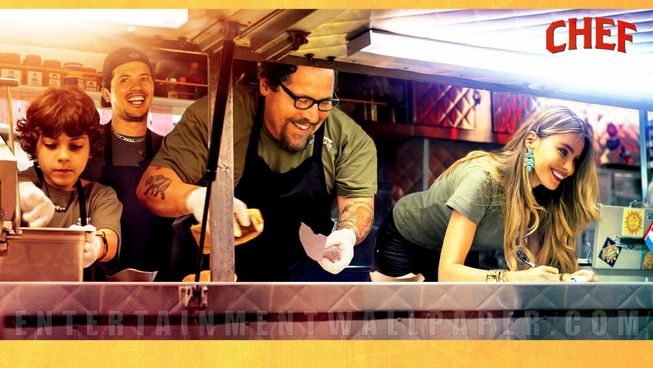