Death by Airport Queue at Christmas

Jesus lifts the pall of doom

Death by Airport Queue at Christmas

Jesus lifts the pall of doom 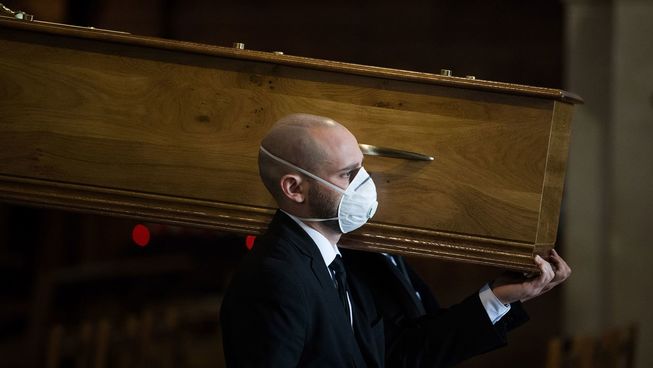 As I write Sydney has been hit by another cluster of COVID and the airports are crammed as people desperately escape New South Wales for their Christmas holidays and their family and friends.

My own state, Western Australia, which had just opened the border to NSW, has now declared another round of quarantine for those coming in from that state.

And with all of that we’re in the countdown towards one year since everything went haywire, it feels like this Christmas might become the start of the new normal.

Problem is the “new normal” is starting to feel as old and tired as a middle aged man in an airport terminal queue. He can see he’s got about six corners-worth of retractable belts and bollards to turn before he and his family are at the kiosk.

And when he gets there? Some inept traveller has the wrong documents or the high-risk luggage. Somewhere in the distance he can here the jingly jangly Christmas muzak from a duty-free shop.

Lather, rinse, repeat. See you again at Christmas 2021. Doesn’t feel like a lot of joy to the world, does it?

In the UK, for example, lock-downs are going to ensure that many families don’t get together at all for Christmas, while the best case scenario for others will be a severely restricted celebration.

Once again, not a lot of joy. It’s often said in hushed, sober tones at Christmas, that many families will find Christmas hard for one reason or another, and we all thank God we are not one of those unhappy families. So far.

Yet in a sense, what was individualised in previous years, is now universalised. There’s an uncertainty and a tinge of sadness across all of our Christmases this year as we realise that collectively things are not the same. A pall has be cast over us all.

You know what a pall is, don’t you? It’s a heavy cloth covering that goes over a coffin. We now use the term “a pall has been cast” to describe a gloomy collective feeling, akin to a funeral. Nations have palls cast over them due to war or due to pandemics. That’s the way we use that term. And we call those who carry coffins at funerals the "pall-bearers".

But here’s the good news. Christmas - the hope that God brings in the person of Jesus Christ that the Christmas story is about - is designed to lift palls, and usher in, not death, but life!

In fact, hundreds of years before the first Christmas, we read these words in the Old Testament prophetic book of Isaiah, which is predicting the events of God’s coming King to Israel to rescue His people:

Here on Mount Zion in Jerusalem, the Lord Almighty will spread a wondrous feast for everyone around the world—a delicious feast of good food, with clear, well-aged wine and choice beef. 7 At that time he will remove the cloud of gloom, the pall of death that hangs over the earth; 8 he will swallow up death forever. The Lord God will wipe away all tears and take away forever all insults and mockery against his land and people. The Lord has spoken—he will surely do it! (Isaiah 25:6-8)

It sounds like a Christmas feast (minus the turkey) with everyone together and rejoicing, because it is. It tells us that God will remove “the pall of death that hangs over the earth”.

Something about God’s promises, revealed at that first Christmas, is about the collective removal of tragedy and despair. Turns out Christmas isn’t just about you and your family, but about God and the world.

Right now the world believes that the global solution to the pall of death is a vaccine that will deal with COVID19 once and for all. And such a vaccine may be found. But I hope we no longer naively assume that we are a protected species in the Western world, free from all of the yucky diseases that afflict those who we see on TV during Christmas time. That’s all of us now.

The story of the Bible is that Jesus is the global solution to the pall of death, a pall that cannot be lifted by a mere vaccine. It is not our fear of COVID that has us worried, it is our fear of death. A COVID vaccine will not stem the steady march of time, and with it our own deaths. One day a pall will cover our coffins too, whether we die of COVID or we die in our sleep aged 90.

The pall of death can only, permanently, be lifted by something or someone who cal conquer death. Christians believe that is a someone or, more to the point, a Someone.

Which is why we read these words in the account of the birth of Jesus’ cousin, John the Baptist, in Luke’s Gospel in the New Testament. John is the one who will be the herald or announcer of Jesus’ public life. When John is born, his dad Zechariah says this:

“And you, my little son, shall be called the prophet of the glorious God, for you will prepare the way for the Messiah. You will tell his people how to find salvation through forgiveness of their sins. All this will be because the mercy of our God is very tender, and heaven’s dawn is about to break upon us, to give light to those who sit in darkness and death’s shadow, and to guide us to the path of peace.” (Luke 1:76-79).

Zechariah would recognise the tired father standing in the queue at Sydney airport and he would offer him the words of hope that he uttered over the birth of his own son: “Light will break through the darkness. Death’s shadow will be vanquished. Peace will come”

And not just for dozens of families standing in an airport queue, but for the whole world.