Australians are looking to politics for their identity and not religion | Third Space
Loading...

Australians are looking to politics for their identity and not religion

and that’s not necessarily a good thing

Australians are looking to politics for their identity and not religion

and that’s not necessarily a good thing 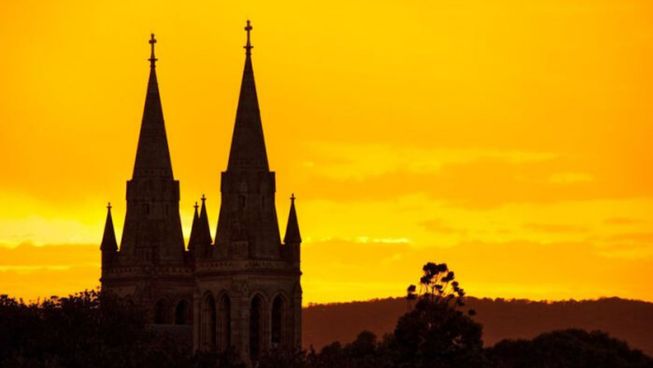 A report in the ABC today that more Australians are likely to identify themselves by politics than by any other identity marker - including and especially religion - is no real cause for celebration.

Annabel Crabb's article points out that while most Australians, 71 per cent, think that "occasionally" or "most often" religious discrimination occurs in their country, a majority also believe that religious people should keep their religion views to themselves.

Crabb also points out that religious leaders are held in low esteem by the vast majority of Australians. She observes:

This brought an inevitable amount of hand wringing from many of the usual religious hand wringers on Facebook, although if you push your way past so much of the lament (often, ironically, from those who are religious leaders decrying how bad religious leaders are), one wonders what that means.

I mean, are we talking capital "R", capital "L Religious Leaders - you know, the types like disgraced Archbishop George Pell, or Frank Houston? Or are we talking your everyday pastor? I think there's a difference between hostility towards capital "C" Christianity, and a general trust of "small c" Christian friends.

I'm not sure I've had much level of distrust held towards me by the non-Christian friends I have accumulated over the years. And they all know what I do for a job.

But then again, if religion is something to keep to oneself, then it's something we never talk about. I mean I've carpooled kids, and had birthday parties for my kids to which their kids were invited (and turned up!) and had countless meals with them. No one seemed to be checking up on whether I'd nicked off with the silverware.

The survey concluded that:

Overall, Australians are not looking for more religion. Only 15 per cent of respondents thought the country would be better off if more people were religious.

Respondents were more likely to identify themselves through their political beliefs (this was the top-rating response, scoring 6.4 on a scale of one to ten), gender, ethnicity or sexual orientation than they were through their religious views, which rated 4.7 out of ten.

That worries me. The political bit. Because, as we've observed across the West in the past decade or so, politics is the new religion. And politics is proving to be at least, if not more, divisive than the old time religion was back in the fifties and sixties in Australia.

By "the new religion" I mean this: As the religious tide has ceded from the shore, it has left behind it, as all tides do, shells and seaweed and other assorted detritus. That detritus is the religious ethical and moral framework that was once the domain of the religious

And now that the religious tide is out, politics has gone beach-combing.

The language, vision, hostilities and hopes of politics in our Western nations has taken on a religious fervour that was generally the domain of, er, religion!

Political opponents are no longer merely wrong, they are bad. Opposing systems politics, or ideas about how a society should be structured are not simply misguided, they are evil. And if evil, then every effort must be made to stamp them out. Violence has somehow once again become excusable in the political realm. Why hello neo-Nazis! Hello Antifa!

That's why recent surveys in the US have discovered that people are choosing to distance themselves from those who hold a politically different viewpoint. What was once the reserve of religiously hot places, like my home country Northern Ireland, is now the standard for politics. Democrats who wouldn't dream of having a Republican to their home, just as many a Protestant in Northern Ireland would never have had a Catholic in theirs.

Politics is reaching for a transcendence that it once never reached for because the religious frame had that space occupied. Now with religion on the wane, politics doesn't settle in to being a sensible immanent frame thing, it over-reaches.

And we see this not only in those who are avowedly secular. We see it in the religious also. So, for example, progressive Christians will eschew their more conservative brothers and sisters not on the basis of their religious framework, but on how they view things politically. And vice versa.

As a friend of mine observed on Facebook today after reading that article:

...it was only possible that religion could remain seperate to politics when there was a general agreement that we’re all (finally) subject to a higher (transcendent) authority (than the state or some other human institution)...Since secular society (increasingly) now finds it hard to acknowledge the validity of transcendent realities (in any meaningful way) having a Lord that can’t be located at a physical address on earth becomes a point of political friction.

Exactly. And now that the transcendent has been removed, the whole system has been flattened. Politics is becoming everything. And Christians are falling for it just as much as non-Christians are.

Maybe only 15 per cent of the population believes that Australia would be better off being more religious. Well, give it time. Let's see how it pans out when Australia has about two or three more decades of being political under its belt. I, for one, can't see that having a happy ending, no matter what secular utopian vision you are pitching for.