Are You One of The Quiet Quitters? | Third Space
Loading...

Are You One of The Quiet Quitters?

Not bringing your whole self to work

Are You One of The Quiet Quitters?

Not bringing your whole self to work 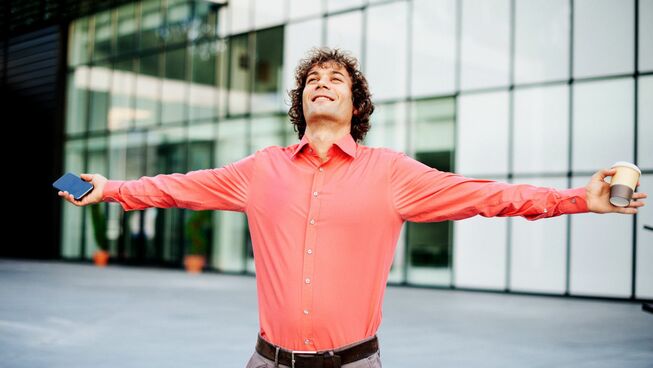 Videos of workers explaining how the push by companies to bring “your whole self to work” is a crock, are going viral, with one such video getting more than three million views.

The new mood among many workers post-pandemic is running counter to the desire by companies to fill more of the ‘meaning and purpose’ space in the lives of their employees. And at a time when companies are calling on staff to sign up to their values, there are questions about how big a bite an employer can take out of your life.

Quiet quitting, if it’s anything, is a response to all of that. It’s a response to the type of comment reported in The Australian Financial Review, in which Career Money Life CEO, Sandy Hutchinson states that the modern office workspace:

“…needs to go further to create a climate where people can bring their whole self to work, employees are looking for meaning and purpose, not just a pay cheque.”

Which is all fine and dandy if your values align with the company’s. I mean why not bring your whole self to work if the political or social agenda is the one which your company is signed up for? That would make for a happy marriage.

But should you have to subsume your own values – the whole self that you are outside the workspace – to retain your job or see a future there? What if your whole self involves a religious or political or social framework that the company either does not value or is hostile towards? What then?

Quiet Quitting is what then. Post-pandemic many companies are struggling to get their workers to come back to the office part-time never mind full-time. And the advantage in a labour shortage market is with the employee.

People are voting with their feet. Or at least their commute. The invisible transformation that takes place in us as we move from our homes to our offices, a transformation in which we have to put our game faces on, is now being rejected.

Perhaps another name for Quiet Quitting is Silent Resentment, a resentment borne out of the reality that loyalty in most companies can really only go one way, and the bottom line is never the values framework in the end, but the financial spreadsheet.

So what are some of the features of quiet quitting? Well for a start it’s often found among young workers, so that’s probably why it’s viral on TikTok as much as anything. And as the Wall Street Journal reports, it’s not like this is the first generation of workers to discover that work doesn’t fulfill all your needs. Most ideal jobs are soon shown to be less than ideal when the reality of the commute, the stresses, the failures, the relationship breakdowns, or the bad boss, start to kick in.

But which other generation of workplaces has promised to deliver so much meaning to workers as a means of filling the cultural meaning and purpose vacuum that seems to be inhabiting the West? Our mental health services are over-subscribed with clients suffering anxiety and lack of direction in life. Add in the loss of religion as a meaning and purpose creator, and the space has been ripe for filling.

Another feature is the stated aim to “work to rule, and ensure that the demarcation line between your role and someone else’s is never crossed". In other words, don’t go beyond what you have to do.

The Wall Street Journal observes that the highest percentage who fall into what is called “the disengaged” category were born after 1989. Remember 1989? That was at the peak of the Boomer’s work life. Power suits and power dresses (and power hairstyles) revealed that work was almost a fashion item. The rise of the tech giants at that time also gave the impression that the drudgery of work may be a thing of the past – at least for those with a college profession.

Now those with a college profession are holding up their hand and saying “not so fast”.

But is it all bad? It depends. There have always been those who clock watch and who leave the office two minutes after the boss leaves in order to give the impression they are working longer than they are. But maybe it’s a corrective to the companies who have over-reached into their employees' lives; employees who are nervous to post their weekend party pics on Facebook, lest the all-seeing eye of HR take a dim view to their shenanigans.

But some young workers say that the shift away from finding too much meaning in work – or being asked to shape your identity from it – has been helpful. It’s almost as if the clouds lift and the mind clears. Holding lightly to one’s work is no bad thing, especially in these uncertain post(?)-pandemic times.

Whatever the reasons, and however it plays out, the rise of social media is helping drive it, for while their bosses may be on Facebook, the younger generations are on TikTok. The social media platform is giving them a collective voice, and strengthening resolve among the Quiet Quitters that they are not alone. You can hear the language of “trade union” poking through, can’t you?

Of course, the premise behind Quiet Quitting is that you and you alone know where you are drawing limits, and what your attitude towards your employer is. And if they never catch on that you’re giving nothing extra, that you have no desire to, and that you won’t go the next mile for a colleague, then what’s it to them? Life outside the office matters more, so you’re not looking to fill any meaning and purpose vacuum at work.

Perhaps. But we don’t really live compartmentalised lives. Attitudes bleed over from one aspect of life to another. Quiet Quitting at work may become quiet quitting in other areas of life, a type of coasting in which things that are too hard or too taxing – family relationships or other obligations – get the same treatment.

And what if there is a religious aspect to life that is more than just a set of laws? It’s interesting that at the onset of Christianity in the Roman Empire, the followers of Jesus were instructed to work hard if they were a servant, and to behave with justice if they were a master. The key reason being that there was a God who was watching every move. So do your job well. Quiet Quitting wasn’t an option.

But nor was overreach by the boss! The call to treat workers fairly was also based on the belief that God didn’t treat workers differently from how He treated bosses, even if that was the standard in the Roman Empire. Something about Christianity in the first century just “hit different” to the standards of the day, and that is to be the same still today.

Of course, actually quitting your job is still an option, just don’t do it before you’ve received your final pay cheque.