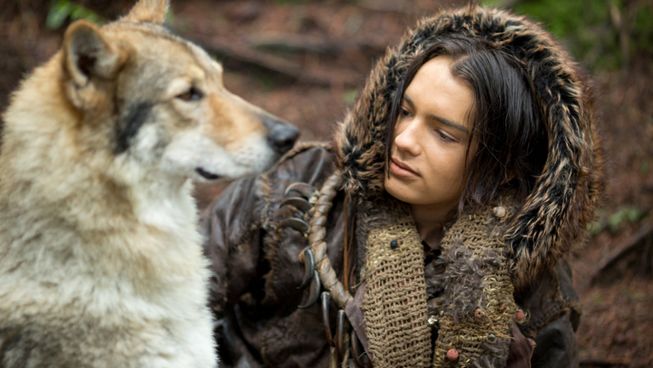 One genre that has become prolific in the entertainment industry over the past few decades is the dystopian future. A dark and depressing future that focuses on how society is paying the price for the past choices of mankind. After years of negativity and an oversaturation of the market, filmmakers have to look to other storylines that could potentially counter this message. Director Albert Hughes and writer Daniele Sebastian Wiedenhaupt seem to go to the opposite end of history and consider a hopeful and pro-family message thousands of years in the past in Upper Paleolithic Europe.

In the hunter-gatherer era of humanity, the time of ‘the hunt’ is central to the life of clans throughout the land. Tau (Jóhannes Haukur Jóhannesson) leads a group of men from his tribe to search for the bison that will sustain their small community throughout the winter. One of the honours and challenges of this hunt is the inclusion of his son, Keda (Kodi Smit-McPhee), who has come of age and is making his first journey outside of their small group of nomads. The hunt is loaded with excitement, life-lessons and danger for the small group and helps the leader to invest in the education of his adolescent son.

Once the tribe come upon the herd of huge beasts, tradition and instincts take over and the men rush their prey. During the chaos of the hunt, Keda gets entangled with one of the bison and is thrown over a cliff. Determining that there is no way for the young man to survive the fall, Tau and the tribe reluctantly leave him behind to return to their home.

After they leave him for dead, Keda miraculously awakens, realises his predicament and determines that the only thing he can do is attempt to get back to his tribe. While he heals from his fall, the young hunter manages to hold off a pack of wolves and injures the alpha wolf in the process. Instead of leaving the animal to the elements, Keda decides to help the beast which leads to a friendship that allows them both to survive the terrors of the world.

Beyond the storyline sitting on the opposite end of humanity’s history than the majority of films in cinemas, Alpha delivers one for the most disarmingly hopeful and family-centric cinema this year. Hughes and Wiedenhaupt’s writing is basic and predictable, but the action and bonding tale is an exciting choice over most of the depressing narratives in theatres. Centring on the value of family and the hope that this aspect of life offers makes up for the foreseeable issues of the plot.

Audiences need to prepare to contend with subtitles throughout the film, because the filmmakers choose to go with the supposed dialect of the upper Paleolithic era. This does not present too much of an issue since the majority of the film contains little dialogue, which might be problematic to the short attention span of the modern cinema goer. Despite these linguistic obstacles, the story is a basic, but a rich story of survival, friendship and family. Australian Kodi Smit-McPhee is outstanding as Keda and carries the film on his young shoulders without wavering and Jóhannes Haukur Jóhannesson manages to portray one of the strongest, loving fathers in cinema this year. Making Alpha a must-see this year, even though it will be an acquired taste for audiences who have come to be used to overly produced films, this is a hidden gem.

REEL DIALOGUE: A ‘raw’ film that promotes the value of family

Alpha is a story of survival and potentially a pseudo-historical analysis of the development of man’s best friend, the dog. Yet, the most profound element of this film is the value it placed on family. The relationships within this essential part of the survival of humanity seek to prove that the nuclear family provides for more than the mere physical satisfaction of food and shelter.

The family is a gift that is given to us by God to supply emotional, spiritual and relational needs. This film shows that Keda not only receives wisdom, protection and care from his parents, but a visceral hope to find them when he is separated from them. Proving that the family unit has been a critical factor in mankind’s survival. 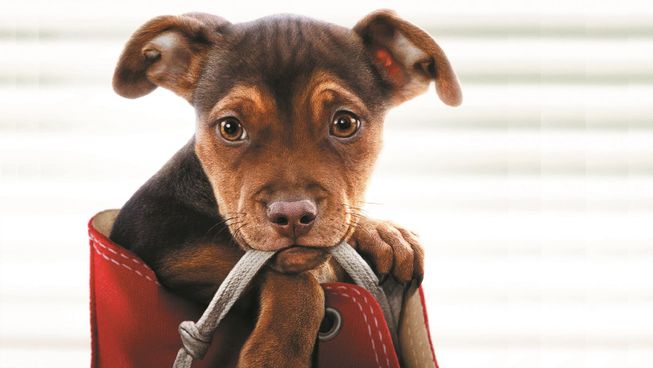