Join us to hear from Dr Michael Spence

Please join us on the morning of Friday 18th June to hear from Dr Michael Spence, President and Provost of The University College London (UCL).  UCL is ranked in the top 10 universities of the world.

Michael Spence combines a background in law, languages and theology with his considerable experience in leading public institutions. During his tenure at Sydney University, Michael was instrumental in lifting the university to fourth in the world for graduate employability. He was also responsible for the largest philanthropic campaign in Australian history, raising a record one billion Australian dollars.

Over the past seven or so years, Michael has shared his personal journey with the Sydney chapter of the men's fellowship. During this time Michael faced many challenges, including the very sudden loss of his first wife, student and faculty protests and building an extended family with his second wife. Moving with his young family to London to lead UCL during the pandemic is yet another challenge he has taken on.

Join us for an interview with Michael from London. His erudite and reflective manner will undoubtedly leave us all the more wiser for participating. 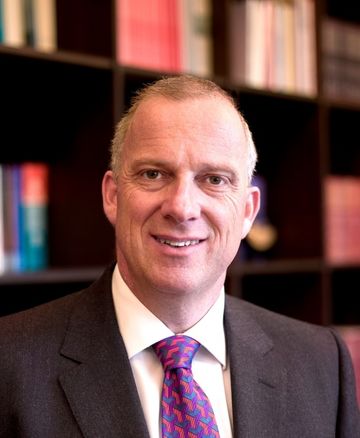 Dr Michael Spence AC is President and Provost of UCL.  Prior to this he was the Vice-Chancellor and Principal of the University of Sydney, a position he has held since 2008. He is also an ordained Anglican priest. He is recognised internationally as a leader in the field of intellectual property theory and holds a Doctor of Philosophy from the University of Oxford, where he headed Oxford’s law faculty and its social sciences division.

In 2017, he was awarded a Companion of the Order of Australia in the Australia Day Honours for service to leadership of the tertiary education sector, to the advancement of equitable access to educational opportunities, to developing programs focused on multidisciplinary research, and to the Anglican Church of Australia.