Why we're anxious and what to do about it

Why we're anxious and what to do about it 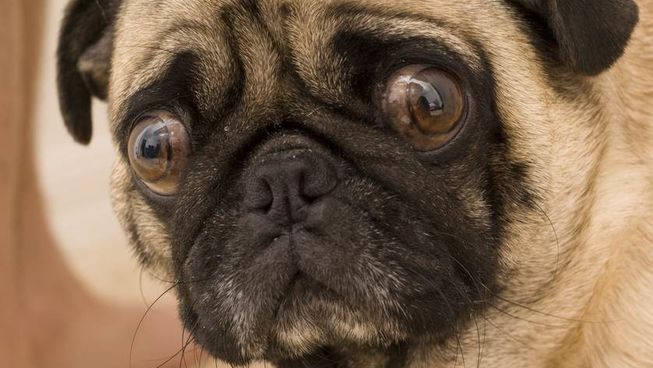 I’ve got a marathon to run this weekend after several months of hard training. And I’m anxious.

Not about the training I’ve done. Not about my ability to cover the 42.2km in a good time.I’m anxious about the weather, and how it might affect my performance.

Here's the forecast for the day:

And it's got a cute picture of a thunder and lightning storm next to it, just to make sure I get it.

So not looking like a personal best day for me. And considering my PB is 9 seconds over three hours, and considering I want to run my first sub three hour marathon, I am anxious.

Yet my anxiety is over something completely outside my control. Elite athletes undoubtedly get anxious too, but there’s a reason they’re elite, and not just because of talent. The thing that really sets them apart as the top point-something-something-percent is their ability to not be anxious about the uncontrollable things in a race or match.

It’s that mental edge that gives them that physical edge, the cherry on the cake if you like, that is the difference between the podium and the also-ran.

My aim for the weekend is to push the anxiety aside, work with what I can control (1300km of training, good form, an “A” goal, a “B” goal and a “just finish it” goal).

We live in a culture of deep anxiety. The Western world is afflicted with generalised anxiety, and it’s hugely evident in our younger population. This is despite the fact that we live in the safest time of history (yes even including COVID-19), with the longest life expectancy, the most wealth and the least chance of a foreign invader landing on our shores to pillage and destroy.

Yet we are anxious.

This is not to say that there are not major matters to be concerned about. There are. We have political, economic and environmental matters to tackle. But the anxiety that psychologists are finding that is most prevalent is the generalised sort, the anxiety that a person cannot put their finger on. Nothing is ostensibly terrible, but there’s a nagging, gnawing worry about the smaller, almost imperceptible things: Will I get somewhere with my life? What if my friends reject me? Will something bad happen?

Besides all this, famous Canadian psychologist Jordan Peterson says that the only certainty we have in life is that we will suffer. And that is true. We will. And there’s a good chance in the West that it won’t be from a foreign invading force, or a military takeover, but from the small things that afflict our everyday lives. And who wouldn’t get anxious about that?

It’s interesting that when Jesus is teaching people about how to live in a workaday world he does not go straight to the big things to worry about. Sure, he has teachings about the big picture apocalyptic problems in the world too, but his first port of call is the small anxieties.

He says to those listening to him:

“Therefore I tell you, do not be anxious about your life, what you will eat or what you will drink, nor about your body, what you will put on. Is not life more than food, and the body more than clothing? Look at the birds of the air: they neither sow nor reap nor gather into barns, and yet your heavenly Father feeds them. Are you not of more value than they? And which of you by being anxious can add a single hour to his span of life? And why are you anxious about clothing? Consider the lilies of the field, how they grow: they neither toil nor spin, yet I tell you, even Solomon in all his glory was not arrayed like one of these. (Matthew 6:25-29)

Notice that back in Jesus’ day people were worried about the same sorts of things we are; the daily stuff of life. Food, clothes, work, paying the bills. They were worried about sickness. Sure they were living under Roman occupation, but they sweated the small stuff, as the saying goes.

But notice too that Jesus does not succumb to a fatalism that so many do today, the que sera sera attitude in which we make all of our decisions independent on any bigger picture of life. Now it is true that he goes on to say these words:

Therefore do not be anxious about tomorrow, for tomorrow will be anxious for itself. Sufficient for the day is its own trouble. (Matthew 6:34)

But again, he’s not into fatalism. If I could put it this way, he’s into “Fatherism”. Jesus is not so concerned about us looking “across” at the variables of the world, for these indeed could make us anxious. He is concerned with us looking “up” at the constancy of God. For the Jewish people listening, Jesus called God, their “heavenly Father”, not so much meaning a remote Dad, but a parent who was overseeing their lives. Their Father was in “heaven” - the locus of all power and control in the universe.

Which is why he says:

By “Gentiles” Jesus means those outside of the nation of Israel who do not recognise God as their heavenly Father. And notice too that he says God knows what we need. It’s not as if a lack has caught him by surprise.

But it’s the last bit that’s the kicker, because it contains the strategy to lose that generalised anxiety so many of us have. Jesus does not say that we should store up as much stuff as we can to ward off anxiety. That doesn’t work anyway. Some of the most anxious people are also the wealthiest, with full cupboards and full wardrobes.

No, the strategy is twofold. First recognise that God knows that you need them all, and that he will provide you with them. But second, don’t use God as the sugar daddy to get these things! It’s easy in our anxieties to think that God might be some sort of cosmic slot machine whose job is to deliver what we want.

Jesus calls us to seek for God’s kingdom first. First in attitude and action. Determine what God wants for us, before we tell God what we want for us. For you can be sure if you seek those other things first, then the goal will become elusive. The great irony of getting the material things we want is that the process is a little like drinking sea-water, it just makes us thirst for more!

Whatever the stated cause of our culture’s generalised anxiety, which has gone through the roof during COVID-19, central to it is the fear that we’re alone and rootless, floating around in an indifferent universe, one that is not only indifferent to us as a species, but to me as an individual. And that is making us incredibly anxious. It is not providing the liberty that so many atheists claimed it would. The evidence is simply not there.

The message of the Bible is that we were created by God and for God, and that the key to our liberty from anxiety is not to have the perfectly lined up life, in which we get to control all of the variables (a futile exercise anyway) but to entrust ourselves to a Father who knows what we need and will provide it for us, thereby enabling us to focus on what is truly important - his kingdom.

I’ll try to remember that as I battle high winds and hail in my marathon on the weekend!